In “The Social Machine”, Judith Donath addresses how we view our conversations (both in real life and online), how our networks of friends have changed, and how all these have, in turn, changed us. 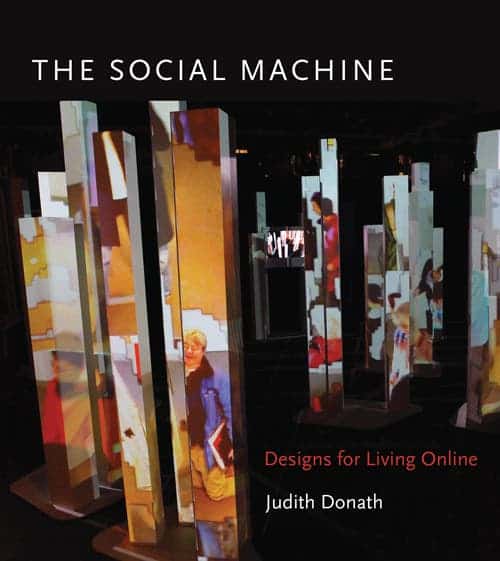 Computers have changed how we think, how we calculate, and how we communicate with each other. In “The Social Machine”, Judith Donath addresses how we view our conversations (both in real life and online), how our networks of friends have changed, and how all these have, in turn, changed us.

A Social Machine is an environment comprising humans and technology interacting and producing outputs or action which would not be possible without both parties present. In other words, to create a social machine, you need interacting people, and you need a technological framework. For most of the human history, this made no sense whatsoever, because there was no technology that could enable communication. It’s a pretty recent concept, and one that’s still highly volatile, changing at a very fast pace. It’s also one that we’d best understand as soon as possible, in all its complexity.

The emergence of computers added a whole new dimension to this world. While initially, computers were conceived as smart machines, calculators if you wish, a few visionaries started to see the social potential hidden within. Within a few small (usually university) networks, computers started to become means for communication. But even then, in the early days of network emails, social machines were in their infancy, though remarkable network studies and patterns were already emerging.

Donath makes insightful observations, noticing that since those days, computers were not only transforming our communication, but they were creating new frameworks. With the internet taking flight, that became more and more obvious. For all the time humans spent changing and improving computers, computers were also changing humans. We now talk different to each other thanks to social media, we see our network of friends differently, and we even think differently. For most people, social media become an integral part of their lives. But Donath argues, if we really want social media to become sociable media, we have to understand what its effects are on us; we have to understand how we respond to the social machine we have created.

She makes all these observations, and more, in an easy to understand and entertaining fashion. She also manages to bring information from urban design, evolutionary biology and cognitive science to the discussion, without making things more complicated. I found myself learning a lot not only about humans and computers, but also the fields in which social media could be applied.

All in all, a thought provoking book, a fresh approach to a new phenomenon which has taken the world by storm. The only question I have is who is this book aimed at. Some of the concepts are pretty complex, and I’m not sure everyone could understand it without some basic knowledge on social media. But if you’re working in social media, if your work is internet or communication related, or even if you’re just passionate about the subject – then this is definitely the book for you.