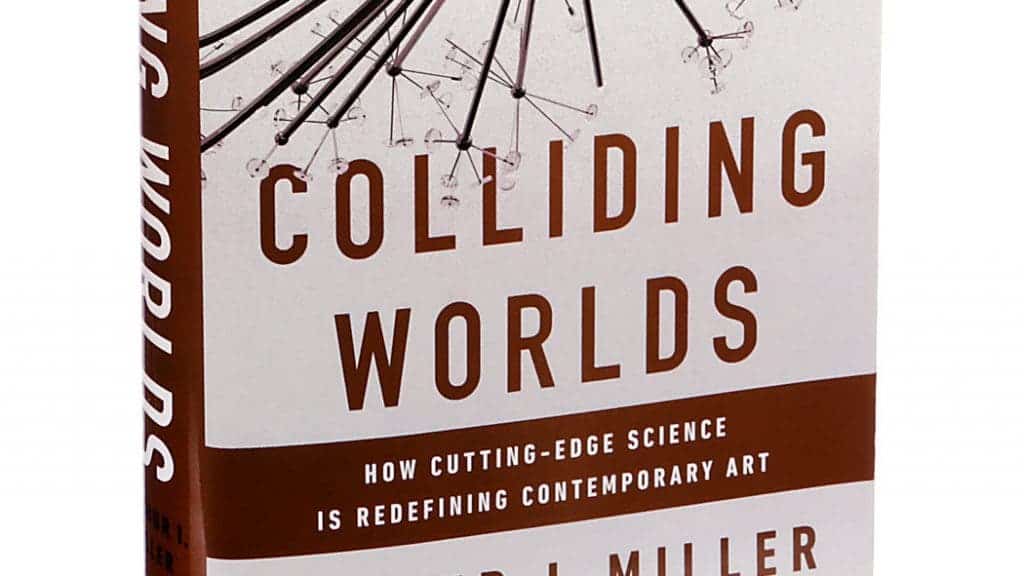 Scientists are logical, calculated and rational, while artists are passionate and effervescent… or so we’re told. But is it really that way? More often than not, there’s a lot of passion and uncertainty in science, and you can’t really have art without hard work, so where do you draw the line exactly between science and art – and more importantly, what happens when science and art meet? Those are the questions which Colliding Worlds sets out to explore.

Arthur I. Miller is a professor emeritus at University College London and one of the main actors in the art/science scene. He challenges readers not only to rethink their ideas of art and science, but also to constantly change and adapt this idea. Where does one begin, and where does the other end? Sometimes, it’s impossible to say, because the two are so powerfully intertwined that you can’t tell them apart.

Many scientists are drawn to art, and many artists are interested in science. Arthur Miller follows the story of those who actually took this to the next level, and actively involved the other side in their projects. Especially in modern times, science can play a much more active role in art, and you can get both beautiful and sometimes useful results from these collaborations. Arthur Miller managed to track down some of the most talented people working in this limbo.

The starts with an introduction in which Miller says that scientists and artists always had the same mission: “fathom the reality beyond appearances, the world invisible to our eyes.” At one point in history (during the Enlightenment) they diverged, but they’re starting to reembrace each other. The possibilities are more spectacular than ever, and Colliding Worlds does a great job of highlighting them: a live rabbit implanted with the fluorescent gene of a jellyfish, a gigantic glass-and-chrome sculpture of the Big Bang, pseudorandom mathematical drawings… it’s a wild ride.

Of course, it’s not always easy; as a matter of fact, it’s never easy. Whenever you’re trying to create something new and push the limits of what is possible, you’re gonna have a hard time. Whether you succeed or not, you’re gonna have a hard time, and I liked this about the book. It doesn’t idealize or sugar coat things, and you clearly understand that great achievements don’t com easily. Of course, we only hear about the success stories, about the people who managed to make their dreams come true, but even with them, you get a clear explanation of how hard it was to get to that point. The practical implications of such endeavors are always significant, and there are often many material hurdles. Still, companies such as Microsoft and Google, as well as research institutes as CERN and Universities have started to invest in sci-art projects.

Miller did a great job of interviewing some of the most innovative thinkers in disciplines ranging from biotechnology to cosmology, quantum physics and computer programming. While reading the book, I found myself forgetting to eat and constantly taking notes of things to Google after reading – and I’m glad I did so. I found out even more interesting stories, and found myself wanting more – surprisingly so, as I’m not particularly fond of modern art. All in all, I really recommend this book for anyone interested in art and/or science – I promise you, by the end of the book, you’ll be interested in both.