Book review: ‘A Dictionary of Geology and Earth Sciences (4 ed.)’

by Mihai Andrei
in Books
Reading Time: 2 mins read
A A
Share on FacebookShare on TwitterSubmit to Reddit

“A Dictionary of Geology and Earth Sciences”
By Michael Allaby
Oxford, 672pp | Buy on Amazon 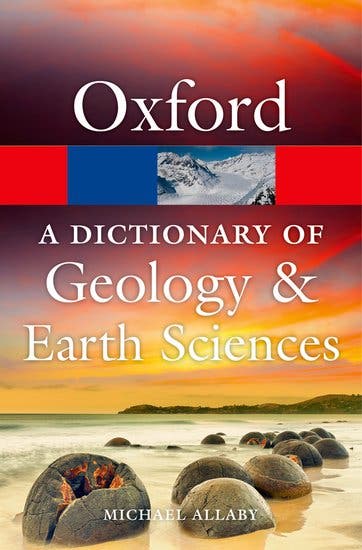 Confession time: I’ve previously never owned a geology dictionary. I know, I know, I was that guy – always taking something from the University library, borrowing from my colleagues or looking for stuff online. Mea culpa – but then again, I never had access to something like this dictionary from Oxford.

In all honesty, physical dictionaries aren’t the hottest things on the shelves nowadays; you can find pretty much every general information you can want online, Wikipedia is a godsend for students worldwide, and the internet has a whole has revolutionized the way we share this type of information. If this dictionary had that kind of info, I’d be writing a negative review right now. But it doesn’t.

The first good sign was that the first time I picked it up, instead of browsing it for five minutes as intended, I spent more than half an hour on it. It just makes you jump from one thing to the other … and to the other. It’s organized, it’s well written, and it’s attractive – a rare feature in dictionaries – but the thing which really sets it apart is the shear amount of quality information.

It’s the kind of information you just can’t find on Wikipedia, and that pretty much says it all. It has good references, additional links, and solid explanations. The information isn’t overly simplified and it isn’t necessarily easy to digest, but I’d consider that a plus – the book is aimed at geologists or people studying geology, people who know what they’re looking for or at least are willing to get their hands dirty and go the extra mile; this is what makes it useful, the fact that the information inside is so niched and so top tier, it’s just useful. Yeah, I’ll say it: it made me regret I haven’t picked up a dictionary earlier!

So all in all, if you’re studying for a geology exam, if you want to go deeper into some specific topics, or if you want to have a reliable tool to use whenever you’re in need of a concise explanation – this dictionary is the way to go. It’s broad, it covers all the subjects I could think of, and it’s top notch info.