I’ve seen a lot of strange Chinese ideas, but this one is definitely something else – the Chinese government is bent on building an 8,000+ mile railroad (sounds plausible) connecting China, Russia, Canada, and the U.S. that includes a 125 mile undersea tunnel spanning the Bering Strait. 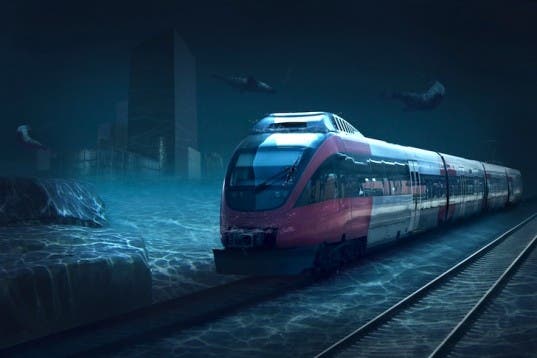 A report in China’s state-run Beijing Times claims the nation is very serious in this plan, and they’ve already started to plan it out, after Russia embraced the idea. According to the report, it would take about two days to go from northeast China, through Siberia, under the Pacific Ocean, across Alaska, down through Canada, and into the Continental U.S.

However, many engineers around the world are skeptical about this – and for good reason, when you consider that the underwater tunnel alone is over 4 times longer than the longest existing underwater tunnel – the Eurochannel connecting France to Great Britain. Even more skepticism is cast on the project, as no Chinese engineers have spoken in favor of the project, leading to suspicions that this may just be a bluff by the Chinese government.

However, if anyone would be willing and able to do this – it would be China. They have, by far, the largest potential to build things, and in terms of technology, they’ve definitely caught up with the most advanced countries; and to be perfectly honest, they mean business when it comes to their railways. According to The Guardian:

“The Beijing Times listed the China-US line as one of four international high-speed rail projects currently in the works. The first is a line that would run from London via Paris, Berlin, Warsaw, Kiev and Moscow, where it would split into two routes, one of which would run to China through Kazakhstan and the other through eastern Siberia. The second line would begin in the far-western Chinese city of Urumqi and then run through Kazakhstan, Uzbekistan, Turkmenistan, Iran and Turkey to Germany. The third would begin in the south-western city of Kunming and end in Singapore. The routes are under various stages of planning and development, the paper said.”

The perspective of such a project is definitely an exciting one – but for now, I’m gonna take it with a grain of salt – or two.