Scientists at the University of Sydney in Australia have achieved 5G speeds of 1Tbps, far exceeding existing the speeds of existing technologies. At 1 Terrabyte per second, you could download 10 movies per second.

Scientists at the University of Sydney in Australia have achieved 5G speeds of 1Tbps, far exceeding existing the speeds of existing technologies. At 1 Terrabyte per second, you could download 10 movies per second. Professor Rahim Tafazolli, director of the 5G Innovation Centre (5GIC) said this is much better than Samsung’s 7.5Gbps results. 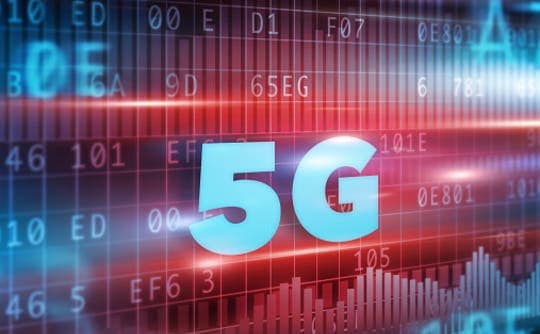 “We have developed 10 more breakthrough technologies and one of them means we can exceed 1Tbps wirelessly. This is the same capacity as fibre optics but we are doing it wirelessly,” he said.

5G (5th generation wireless systems) also known as Tactile Internet denotes the next major phase of mobile telecommunications standards beyond the current 4G/IMT-Advanced standards. So far, they tested the wireless technology using transmitters and receivers built in the University; the technology worked at distances of up to 100 meters.

Their goal is to bring this technology to the public as fast as possible (in early 2018), before their rivals in South Korea or Russia.

“We need to bring end-to-end latency down to below one millisecond so that it can enable new technologies and applications that would just not be possible with 4G,” he told V3. “We want to be the first in the world to show such high speeds,” he said.

But according to the team working on this, the best feature isn’t the speed – it’s the latency and reliability. They claim that 5G technology will be around for some 20 years, so they’ll have some major hurdles to pass.

“An important aspect of 5G is how it will support applications in the future. We don’t know what applications will be in use by 2020, or 2030 or 2040 for that matter, but we know they will be highly sensitive to latency,” he said.

However, it’s not clear if this speed can also be achieved in a real life environment – and even if it can, we still need to develop the networks capable of running at these speeds – and that won’t happen for at least 5 years.