The tree of life just lost a branch

by Mihai Andrei
in Biology, Studies
Reading Time: 3 mins read
A A 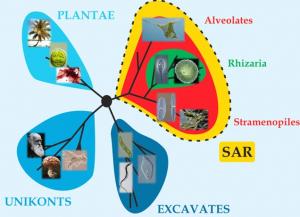 The tree of life is a metaphor scientists use to describe all life on Earth in an evolutionary context. Charles Darwin talks about envisioning evolution and ecosystems as a “tangled bank” in The Origin of Species; however, the book’s sole illustration is of a branched diagram that is very tree-like. This “design” has been used and developed for a lot of time so most scientists are baffled by the fact that Norwegian and Swiss biologists discovered new things about some organisms.

This descovery has drawn the attention of scientists from every corner of the world because it could be of crucial importance. The findings come from the largest ever genetic comparison of higher life forms on the planet. Of 5000 genes examined, researchers identified 123 common genes from all known groups of organisms; these common genes have been studied more closely.

Thus the discovery that two formerly separated branches share a similar evolutionary history means that the tree of life has to lose a branch. Here are some of their claims about the subject:

“Kinship says a lot about shared traits. Our findings can be important in many fields, such as in the study of the development of life and in the manufacture of new medicines” says Shalchian-Tabrizi in an interview with the University of Oslo’s research magazine Apollon.

“Our knowledge of organisms and the development of medicines are often based on comparative studies across species. It is, therefore, essential that we know the relationships between the largest groups in the great diversity of eukaryotes,” he adds.

This means that textbooks have to be redrawn and mentalities have to be changed; this is not going to be an easy process.

“The SAR group has to some extent been identified earlier, but we could not know if it was a correct observation because we lacked statistical data. To get that data, we first had to reconstruct the entire eukaryote tree with the help of these 123 genes. Chromalveolates and rhizaria were clearly separate groups until we published our results,” says Shalchian-Tabrizi. This remains a very interesting discovery which could bring benefits in numerous fields, including medicine.