According to the World Wildlife Fund‘s annual Living Planet report, humans are using Earth’s resources at a rate 1.5 times  greater than the rate of replenishment.

“During the 1970s, humanity as a whole passed the point at which the annual Ecological Footprint matched the Earth’s annual biocapacity. This situation is called “ecological overshoot”, and has continued since then. An overshoot of 50 percent means it would take 1.5 years for the Earth to regenerate the renewable resources that people used in 2007 and absorb CO2 waste,” reads the report published by the WWF. 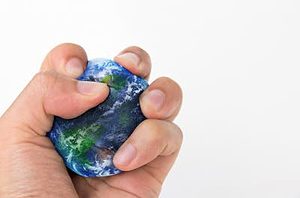 The ecological footprint  is measured according to six main factors – carbon, grazing, forest, fishing, cropland and built-up land. The biocapacity is the capacity of an area to provide resources and absorb wastes; it is expressed in units called global hectares (gha), with 1gha representing the productive capacity of 1ha of land at world average productivity.

Not every country was responsible for the same biocapacity deficit, though. The top ranking countries in order of the ecological footprint produced per-capita are Qatar, Kuwait, UAE, Denmark, the United States and Belgium. Surprisingly, no China.

The same study reports about 28 percent of the Earth’s biodiversity was lost from 1970 to 2008, alone.  More in depth, the report showed that biodiversity in the tropics declined by 61 percent.

In the report WWF International Director General Jim Leape said, “We are using 50 percent more resources than the Earth can provide, and unless we change course that number will grow very fast. By 2030, even two planets will not be enough.”