Elephants cooperate, showing us (again) how smart they are 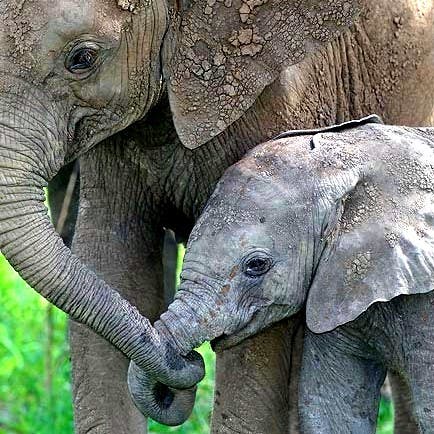 Elephants are absolutely amazing animals, from numerous points of view; they are extremely loyal and loving creatures, they have evolved up to the point where they have almost no natural enemy (except man), and they are smart – very smart !

Joshua Plotnik, a comparative psychologist at the University of Cambridge in England and head of elephant research for the Golden Triangle Asian Elephant Foundation in Chiang Saen, Thailand has shown that they have an understanding of help and cooperation shown by no other creature, aside from some species of monkeys and dolphins. They show complex signs of empathy and social awareness, and one interesting fact is that they recognize themselves in a mirror – an elefant looking at his own reflection will understand that it is himself, and not another elephant, or something else.

Still, it is saddening to see just how little interest has been shown by researchers towards these fantastic species. Still, in a quite simple test experiment researchers made the elephants take, the results are staggering. Here’s what the experiment required: 12 Asian elephants had to coordinate their efforts so that they can each get a tasty corn snack. When two elephants pulled two ends of the same rope at the same time, a table bearing the corn slid in reach. But if only one end was pulled, the rope slipped from the table and the elephants got nothing.

“Cooperation itself isn’t very unique — species from honeybees to lions cooperate in various ways, but what these animals ‘understand’ about how cooperation works is debatable,” Plotnik added. “For many species, cooperation probably doesn’t require much cognition at all, as much of the behavior is ‘pre-programmed.'”

The pachiderms were first taught how to pull the table alone, and then learned what happens if only one end is pulled; they quickly understood how to coordinate their efforts.

“We found that elephants would wait at their rope end as long as 45 seconds — they understood that pulling without the partner wouldn’t earn any reward,” Plotnik said. “This is a very long time for an animal to inhibit their pulling when they know that good food is just out of reach.”

Even more interesting, scientists reported that elephants would not pull the rope if their partner couldn’t access the other side, but rather retreated from the table – which is more than I can say about some people I know.

“In the wild, elephants are known for remarkable displays of helping, empathy and compassion,” Plotnik said. “They are a very social animal, so this demonstration of complex cooperation fits well with what we know about their natural lives.”

Now that’s what I call knowing how to lend a helping trunk !