A recent study conducted by researchers from Zurich found that a ‘super entity’ of 147 companies controls 40% of the entire corporate network. 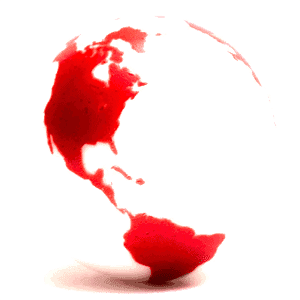 As protests against unbalanced financial power sweep from Wall Street to the rest of the world, an analysis of over 43.000 transnational corporations found that a relatively small group of companies (mainly banks) have a totally disproportionate power over global economy.

The work is quite controversial, as some assumptions were made in order to complete the study – and these assumptions were challenged by some. However, most complex system analysts claim that the work is a remarkable effort to untangle control in the global economyş taking the study one step further could lead to finding ways of improving capitalism.

The idea that a few groups of banks control the global economy is not new to many, but for the first time, this study has moved from ideology to identifying this network of power.

“Reality is so complex, we must move away from dogma, whether it’s conspiracy theories or free-market,” says James Glattfelder. “Our analysis is reality-based.”

Using data from Orbis 2007, a database listing 37 million companies and investors worldwide, they pulled out all 43,060 TNCs and the share ownerships linking them. After this, they constructed a model of which companies controlled which, through shareholding networks, as well as company revenues – to map the financial power.

The work, which will be published in PLoS revealed a core of 1318 companies with interlocking ownerships (see image). Each of the 1318 had ties to two or more other companies, and on average they were connected to 20. When they took it one step further, and untied the web even more, they found that a “super-entity” of 147 closely bound companies controlled 40% of the money in the network. 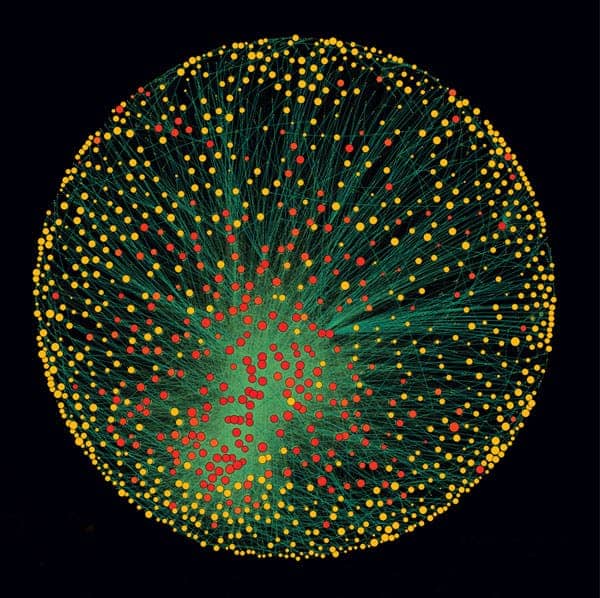 John Driffill of the University of London, a macroeconomy expert says that this not only shows how a small group is in control, but that it gives extremely valuable insights on world stability. The concentration of power is neither good nor bad in itself, but how the connection between this small group and others work – this can be both good and bad.

“It’s disconcerting to see how connected things really are,” agrees George Sugihara of the Scripps Institution of Oceanography in La Jolla, California, a complex systems expert who has advised Deutsche Bank.

When you think of it, the most important thing that could be derived from this study is how we can find ways of increasing stability in the financial world by understanding its architecture. By finding the weak spots, they can be improved. Glattfelder says we may need global anti-trust rules, which now exist only at national level. However, the study doesn’t feed those believing in global conspiracies, as it explains that the apparition of such a structure occures rather naturally, and not as a result of some plan to rule the world:

“Such structures are common in nature,” says Sugihara.