by Tibi Puiu
in Diseases, Health & Medicine, Neurology, Studies
Reading Time: 2 mins read
A A
Share on FacebookShare on TwitterSubmit to Reddit

Researchers report that after testing on lab mice an FDA-approved drug, used as treatment for skin cancer, that significant improvements in cognitive recovery were signaled, shinning a new ray of hope for Alzheimer patients.

Neuroscientists Case Western Reserve University School of Medicine discovered that bexarotene, a skin cancer drug, remarkably also appears to reverse cognitive and memory deficits, commonly associated with Alzheimer’s when tested on lab mice. The drug seems to clear amyloid proteins in the brain, which is closely related to Alzheimer’s progression, and thus work wonders! Mice inflicted with Alzheimer’s were given the drug, and all showed clear signs of cognitive recovery. Moreover the speed of recovery was astonishing! 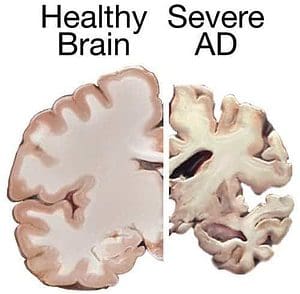 In a healthy brain, amyloid proteins are naturally broken down and eliminated. Patients suffering from Alzheimer’s, however, lose this ability, allowing for amyloid plaques to form, which have a significant contribution towards brain cell degradation, ultimately leading to dementia.

“This is a particularly exciting and rewarding study because of the new science we have discovered and the potential promise of a therapy for Alzheimer’s disease,” study author, professor Gary Landreth told the Press Association.

The scientists involved in the study, however, stress that their research is still in its infancy, considering the discovery that bexarotene might work for Alzheimer’s suffers as well was made fairly recently. Success in mice does not guarantee it will work for humans as well – it wouldn’t be the first time.

“Our next objective is to ascertain if it acts similarly in humans,” professor Landreth added.

Clinical trials will be necessary before scientists may assert whether bexarotene could prove beneficial for people with Alzheimer’s, as well as assess any potential side-effects.

The study was published in the journal Science.