Is the Dead Sea going to die?

by Mara Bujor
in Environment, Environmental Issues, Research, Studies, World Problems
A A 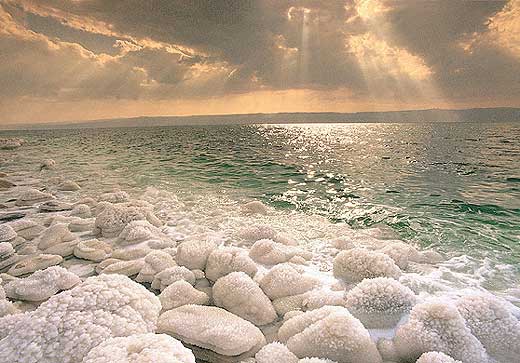 Whenever we hear something about the Dead Sea, we immediately think about the deepest point on Earth and, of course, about salt…a whole lot of salt. However, all these may soon become part of the history as the sea is shrinking at an alarming level and according to researchers from the University of Technology in Darmstadt, Germany, this is far from being good news.
It seems thus, that the projected Dead Sea-Red Sea or Mediterranean-Dead Sea Channels need to have quite a significant capacity of carrying to bring the Dead Sea to its original level so as to effectively produce electricity and fresh water. According to the studies, the entire Dead Sea problem is mostly due to water consumption in the area and not to the climate changes.
Usually, the levels of such lakes are a clear indicator of the climatic conditions as they are the result of the water running into the lake and precipitations minus the water lost through evaporation. However, in this case other factors disrupted the balance as the water from the Jordan and Yarmouk rivers was used for irrigation and the one from the Dead Sea itself for the potash industry (the common name given to potassium carbonate and various mined and manufactured salts that contain the element). So, in the last 30 years the water level has decreased (0,7 m/a)and so did the volume  (0,47 km³/a) and its surface area(4 km² /a). As 14 km3 of water were lost, the receding water has left erosional terraces on the lake’s sides, which were recorded by using Differential Global Positioning System (DGPS) field surveys. this allowing the terraces to be dated to specific years.

It seems that the phenomenon has quite a few unpleasant consequences including higher costs for the companies which extract potash, salt and magnesium, an accelerated outflow of fresh water from surrounding underground water aquifers, also making it difficult for tourists to benefit from using the water for medicinal purposes. Moreover, the creation of a landscape of sinkholes and mud could lead a dissolution of buried salts which may affect roads and other structures for civil purpose.

In order to improve the situation the same researchers have suggested that the diversion of Jordan to the Mediterranean coast was replaced by desalinization of seawater, thus slowing the process considerably and offering the possibility to put into practice projects such as  the Red Sea-Dead Sea Channel or the Mediterranean-Dead Sea Channel. Anyway, they will need to have a carrying capacity of more than 0.9 km3 per year in order for the lake to regain its level from 30 years ago and also have a positive impact on the agriculture and potash industry in the neighboring area.