Photosynthesis bike purifies the air as you ride

by Mihai Andrei
in Design, Inventions
Reading Time: 2 mins read
A A
Share on FacebookShare on TwitterSubmit to Reddit 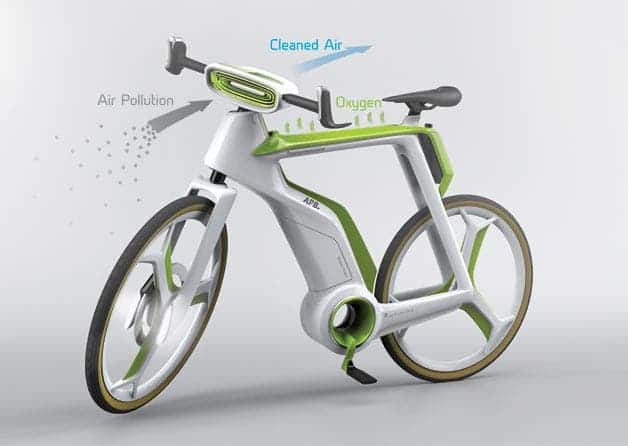 Biking to work or downtown when the weather allows it is one of the greenest things you can do – not only does it prevent the gases you would be emitting by driving, but it’s also a great way to keep in shape. But a new concept unveiled in Thailand’s capital, Bangkok, could take things even further.

Their idea is to develop a new bike concept that could purify the polluted air as you pedal around the city. The bike is made from an aluminum frame which generates oxygen through a “photosynthesis system” that initiates a reaction between water and electric power from a lithium-ion battery. The frame itself would be working like a leaf, converting sunlight into energy. All the details haven’t been published yet, but it seems likely that the energy would then power a fuel cell battery, the by-product of which would be oxygen. I haven’t been able to see some actual numbers of this, so it’s impossible to say how efficient this would be and how much air it can purify, but the concept seems really nice – and when you scale it up, it becomes pretty promising.

A small filter is placed between the handle bars, not disturbing the rider at all. The filter, powered by the solar energy, would strip particulate matter from the air and release clean air toward the rider. 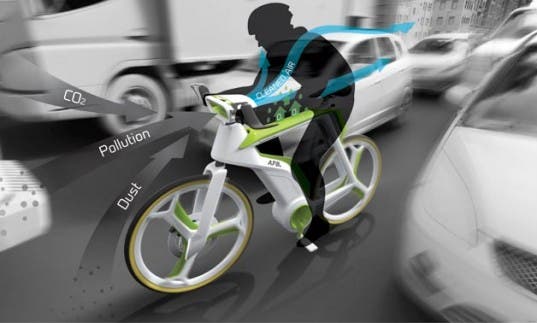 They still haven’t developed a prototype, but that didn’t stop them from winning a Red Dot award. The company working on the project is called Light Fog. Creative director Silawat Virakul explained his idea in very simple, direct terms:

“Riding a bicycle can reduce traffic jam in a city. Moreover, we wanted to add more value to a bicycle by adding its ability to reduce the pollution.”