by Mihai Andrei
in Inventions, News, Technology
A A

Google’s algorithm AlphaGo stunned the world by defeating Go legend Lee Se-dol yesterday, and today, it just won the second game of the series, showing that it was no fluke. This is a monumental breakthrough which was considered impossible only a few years ago.

Why this is a big deal

Go is an ancient game which follows some very basic principles. In its essence, it’s simpler than chess. There are no pieces that move or behave differently – all pieces -called stones – are equal. However, in terms of possible moves and outcomes, go is way, way more complex than chess. The total number of moves in Go is estimated at 10761 compared for example to the estimated 10120 possible in chess. It would take me about 20 rows just to write all the zeroes 10761 . Just so you get an idea, the total number of atoms in the universe is estimated at around 1080.

Go was believed to be unwinnable for machines against humans, so the machine learned from humans. The creators of AlphaGo, Google’s DeepMind division, created a neural network that learns from some 30 million moves in games played by human experts, to the point where he could anticipate the opponent’s move with an accuracy of 57 percent of the time, beating the previous record of 44 percent. Then, they had it playing against itself, adjusting and finessing its strategies. But the first real showing was against reigning three-time European Go champion, Fan Hui. The computer won 5 games without losing a single one, and the stage was set for the ultimate test: squaring off against world champion and go legend Lee Sedol.

A clash of titans

Lee Sedol is currently the world’s strongest player, and he predicted he’d win 5-0 or 4-1 at worst. But things didn’t quite go as planned for him.

The opening game lasted three and a half hours, with 28 minutes and 28 seconds remaining on his clock. AlphaGo played the game flawlessly, with Lee surprisingly declaring after his defeat:

“I was very surprised,” said Lee after the match. “I didn’t expect to lose. [But] I didn’t think AlphaGo would play the game in such a perfect manner.”

But this game was even more surprising. AlphaGo made some moves which were completely unexpected – to put it bluntly, they seemed completely crazy. At one point, the commentators analysts noted how some of the moves were unlike anything that has been done in the history of go. Everyone was in complete shock. You can see the entire game here, and have a look at 1:18:00; you can see the American 9-dan thinking this is some kind of click error, and Lee left the room “probably to wash his face”: 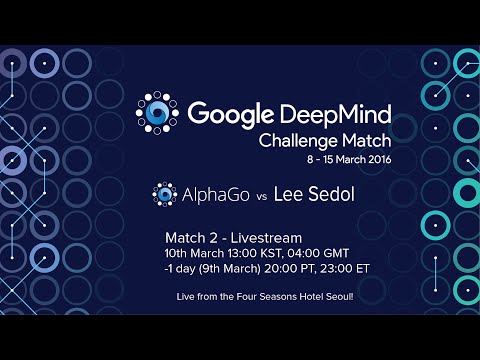 It was a crushing defeat for the human player, who declared:

“Yesterday I was surprised but today it’s more than that — I am speechless,” said Lee in the post-game press conference. “I admit that it was a very clear loss on my part. From the very beginning of the game I did not feel like there was a point that I was leading.”

The fact that the AI is not only learning from humans, but it is now developing the game on its own is baffling. We’re entering a new age in Go, one that has a strong bittersweet taste to it; on one hand, we’re going to witness some drastic innovations in the game, like the move at 1:18:00, but on the other hand, here’s another game where computers now beat humans. DeepMind founder Demis Hassabis was “speechless” too.

“I think it’s testament to Lee Se-dol’s incredible skills,” he said. “We’re very pleased that AlphaGo played some quite surprising and beautiful moves, according to the commentators, which was amazing to see.”

Lee will face off against AlphaGo again tomorrow and on Saturday, Sunday, and Tuesday (11pm ET the previous evenings in the US). But whatever happens in this game, the blow has been dealt. AIs are overcoming humans in Go, a game once thought unconquerable.