by Dragos Mitrica
in Animals, Videos
A A 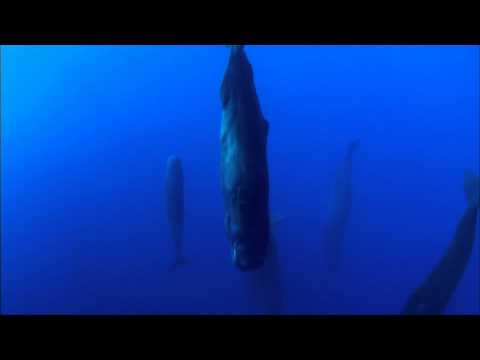 The sperm whale (also called the cachalot) the largest toothed predator. Mature males average at 16 metres (52 ft) in length but some may reach 20.5 metres (67 ft), with the head representing up to one-third of the animal’s length. The sperm whale feeds primarily on squid, which it hunts at impressive depths, usually deeper than 2 km.

Researchers have believed for some time that sperm whales sleep for small amounts of time, and some have previously suggested that they sleep vertically – this footage confirms it. A 2008 study published in Current Biology recorded evidence that whales may sleep with both sides of the brain. It appears that some whales may fall into a deep sleep for about 7 percent of the time, most often between 6 p.m. and midnight.