Shorties: Saint Isidore of Seville – the Saint patron of the Internet

by Mihai Andrei
in Offbeat, Shorties
Reading Time: 1 min read
A A
Share on FacebookShare on TwitterSubmit to Reddit

I have to say ladies and gents, I don’t understand the church – and to be quite honest, I don’t intend to understand it. I don’t know if every saint has to be the saint of something, if there’s some sort of rule concerning this, and I won’t research it – because I don’t think it is interesting or useful in any way. What I do find fascinating however is that Saint Isidore of Seville, who was a very intriguing man in his lifetime, being more or less affiliated with the church, was pronounced the saint patron and protector of internet. 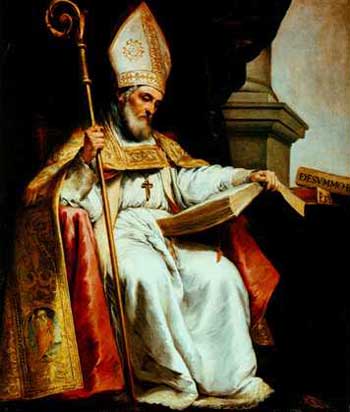 His feast day is on April 4, so since the greater part of the civilized world uses Internet, I warmly suggest we make him one of the BIG saints, what do you guys say ? Other than that, I can just say that in my humble opinion, it is mildly offensive to be named the patron of something that emerged some 1400 years after your lifetime; just saying.