Iapetus is the third largest moon of Saturn, with a radius of about 42% that of our moon, and a mass that weighs up to only 2.5%. But Iapetus has a number of shocking features, unique throughout the entire solar system. 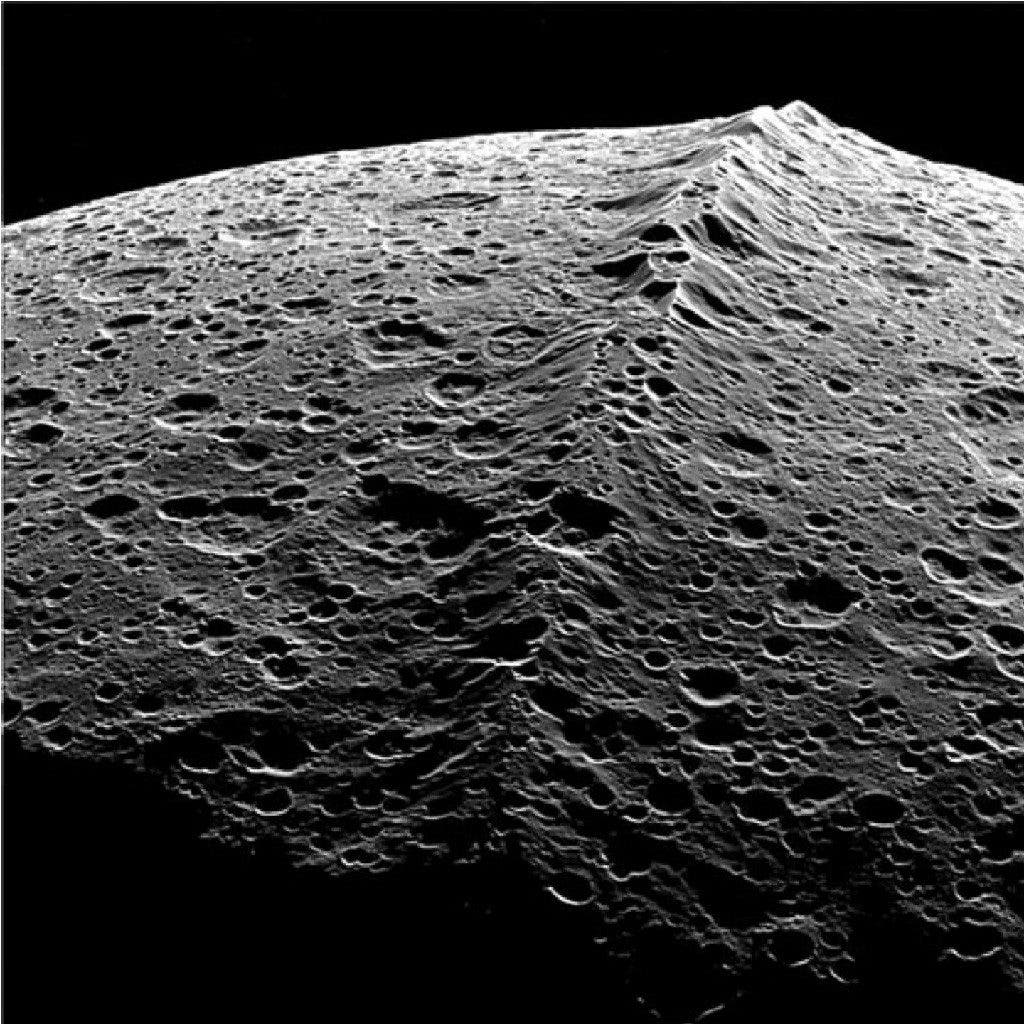 This is the equatorial ridge that  runs along the center of Cassini Regio; in case you were wondering, the ridge has an average height of 13 km, occasionally going up to 20km, a length of 1,300 km and a width of about 20 km. It was discovered when the Cassini spacecraft imaged Iapetus on December 31, 2004, and even in 2013, it has astronomers baffled. Why did it form and why does it follow the equator so closely, no one knows for sure, though there are three competing theories:

1. The ridge could be a remnant of the oblate shape of the young Iapetus, when it was rotating more rapidly than it does today, but if this were to be true, for reasons you can read here, this would mean that the moon was formed much earlier than previously believed.

2. The ridge could be icy material that welled up from beneath the surface and then solidified – this hypothesis requires that rotational axis would have been driven to its current position by the ridge.

3. Iapetus could have had a ring system during its formation and the ridge is actually an accretion of that material. However, the ridge appears too solid to be the result of a collapsed ring, and images show tectonic faults crossing the ridge, so this seems highly unlikely.

The likelihood of any theory is not striking, and the matter is still a hot topic among some astronomic circles. 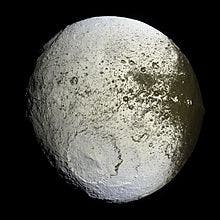 In the 17th century, Giovanni Cassini observed that he could see Iapetus only on the west side of Saturn and he could never see it on the east. So Cassini, the bright man that he was, deducted that Iapetus is locked in synchronous rotation about Saturn (much like the Moon is to the Earth) and that one side is darker than the other. Centuries passed until actual images confirmed this man’s deduction, but Cassini wasn’t able to explain why this is.

The difference is striking – the leading hemisphere and sides are dark while most of the trailing hemisphere and poles are bright. To make it even more puzzling, when the Cassini spacecraft passed at only 1640 km from Iapetus, it showed that both hemispheres are heavily cratered.

Now, NASA researchers believe the dark material is a lag (residue) from the sublimation (evaporatio 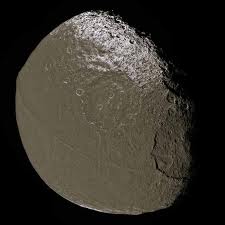 n) of water ice on the surface of Iapetus, possibly darkened by exposure to sunlight. Another possibility is that the front hemisphere is gathering brighter matter, much like your windshield gathers most of the dust, leaving the back of the car cleaner.

Iapetus has been imaged multiple times from moderate distances by the Cassini orbiter, but due to its distance to Saturn, close observation remains difficult; no near future flybys are planned, but a viewing opportunity will be possible 2 years from now.