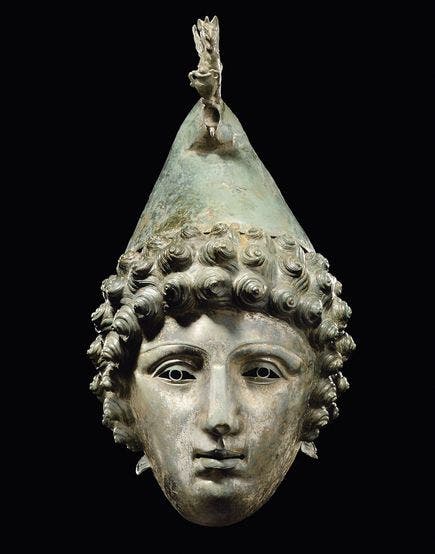 Pictured above is an exquisite Roman helmet and mask, dating from the late first to second century AD, was discovered in May 2010 by a treasure hunter who used a simple metal detector in Cumbria, a county in northwestern England. Of extraordinary taste, this art piece dubbed Crosby Garrett was sold for $3,6 million, eight times the amount it was estimated to earn, by Christie’s auction house in London last week, who described the helmet as “an extraordinary example of Roman metalwork at its zenith.”

“When it was initially brought to Christie’s and I examined it firsthand, I saw this extraordinary face from the past staring back at me and I could scarcely believe my eyes,” said Georgiana Aitken, Christie’s Head of Antiquities, for the AP.

The 2000 year old artifact is considered to have been used by nobles as a cavalry parade helmet, worn for sporting events rather than for combat. Besides the excellently crafted face and ornaments, on top of its Phrygian-style cap, the helmet features a solid-cast bronze piece in the form of a griffin. 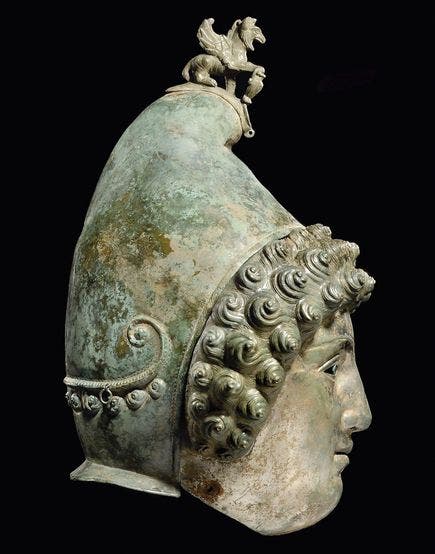 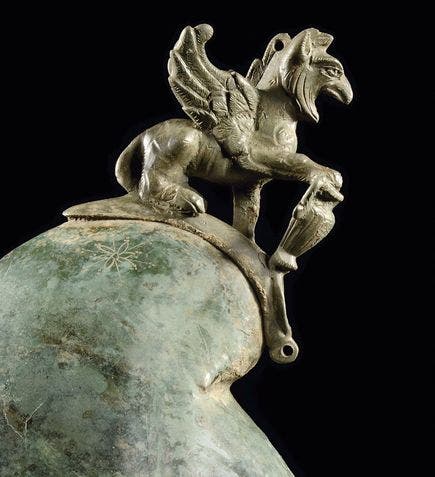