Physicist elected to congress wants more researchers on the board

by Mihai Andrei
in Other
Reading Time: 6 mins read
A A
Share on FacebookShare on TwitterSubmit to Reddit 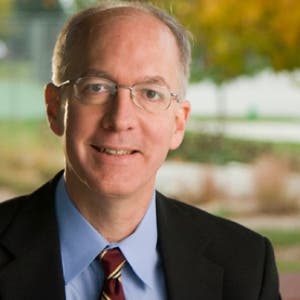 Bill Foster, member-elect of the U.S. House of Representatives wants more scientists in the office, to ensure a more analytic mindset.

If you think about, you can use your fingers to count the scientists elected in recent years, and that can’t really be a good thing. Here, Scientific American published an extremely interesting interview with the man [source here]. I really recommend the read, lots of interesting insights.

Why did you decide to leave science and run for U.S. Congress?

I often say that I inherited the family’s recessive gene for adult-onset political activism. My father was actually a chemist. He got a degree in chemistry from Stanford. He came back from the war unhappy that his work was being used to kill people.

When he came back from the war he decided he wanted to spend part of his life in service to his fellow man. He actually wrote a lot of the enforcement language behind the Civil Rights Act. Reading his papers after he passed away a few years ago was one of the things that triggered my thinking.

There’s a fundamental question that everyone has to answer: What fraction of your life do you spend in service to your fellow man? It’s not something that science helps you answer at all. It’s one of these questions like, Who are you gong to marry? Science doesn’t really help you with the question.

For me, the idea of not spending a significant fraction of my life in service to my fellow man did not feel right. And one of the highest-leverage ways to do that is to get elected to an office in the United States.

How will you utilize your scientific background to achieve your political goals?
It’s very valuable when you’re formulating policy to attach even a rough number to what’s under discussion. That’s an instinct that engineers and scientists have. In terms of getting the policy right, often you’ll find that one of these arguments is quantitatively 10 or 100 times more important than all the others.

What did you study as a physicist?
It’s high-energy particle physics, including working on the experiments that discovered the top quark.

There’s a series of heavier and heavier quarks, and the pattern stops at the top quark. The top quark has an anomalous large mass, so many accelerators were built with the idea that they would be the one to discover the top quark.

And it was only the technology developed at FermiLab that would allow an accelerator to be built so that you’d have enough “oomph” to discover the top quark. Just having the accelerator isn’t enough. You need detectors with the capability to handle the debris coming from the proton collisions.

The top quark was heavier than anyone really expected it to be. It was the last member of the last family of fundamental particles. If it had been missing, it would have been a bigger mystery. It closed the chapter, allowing scientists to think about what the ultimate structure of matter is. It was the last quark in the standard model of high-energy particle physics and so it was the last step along that path.

How similar are science and politics?

I was surprised that when you get into electoral politics how scientific the analysis was in the electorate. You can identify on a state-by-state or district-by-district basis fundamental building blocks that behave in different ways. I was impressed in general with the sophistication of polling. And so that’s a similarity.

I think the necessity for dealing with budgets forces a connection between quantitative pursuits and real political considerations.

There’s also a very important connection in that you have politicians determining the future of scientific budgets, which is a fundamental reason that we have to work to inject more scientists and engineers in politics.

How will you increase the number of scientists in policymaking positions?
One of the fundamental principles is strength in numbers. I’m not advocating that Congress be dominated by scientists, but when I had a look at the composition of the U.S. Congress, even with a very generous definition of scientists, then roughly 4 percent have technical backgrounds.

More people with scientific and engineering backgrounds simply have to say that they’re going to spend part of their lives in electoral politics explaining to the American public some of the fundamental facts about science and science policy as they relate to their public life.

There’s a fundamental problem that science research faces in that the benefits of science research are long-term—and in politics the investments are all about getting elected next election. It’s a very similar situation in business, publicly held companies where the bonuses are based on the performances of your stock. The incentives are misaligned.

The incentives for a politician is to do whatever’s necessary to get elected. But the long-term best interests of our country depend on having long-term investments made, and one of the things we’re wrestling with right now is many members of Congress think they can be heroes by balancing the budget and cutting education and research. The economic damage from decisions to cut education and science research will not be felt for 10 or 30 years, and this is off the planning horizon of most politicians.

I don’t know any way to fix this except to very consciously elect more members of Congress that very consciously think about the long-term benefits even at the cost of some political short-term risk.

Is there anything you’d like to tell our readers?
I will repeat my pitch for scientists and engineers to get along in this business. In a month or so when we have our office up and running they should contact our office. We will tell them everything that’s easy and hard and fun and frustrating about spending part of your life in service to your fellow man.