The ghost trees in Pakistan 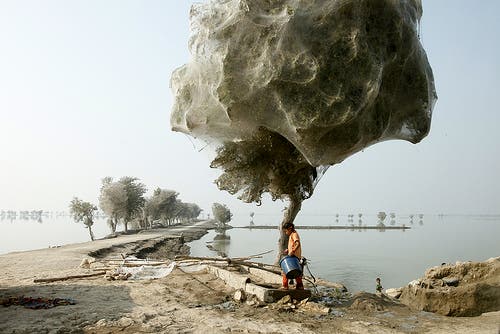 The unfortunate floods in Pakistan haven’t affected only humans, they also had a truly fascinating “side effect”: millions and millions of spiders have climbed the trees in a desperate attempt to escape the flooding water. Because of the scale of the event and the fact that the water has taken so long to recede, they have made cocoons out of the trees, in an absolutely unique phenomenon. 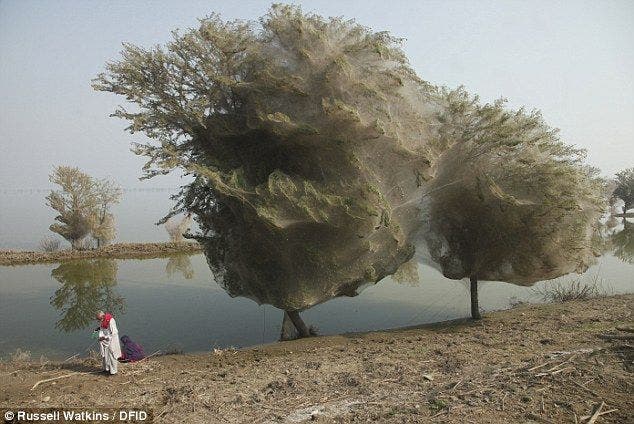 The tiny insects are trying to make a living too, and the only way to go now for them is up, creating intricate and beautiful patterns throuth the leaves. The has also been another interesting aspect to the story: the numbers of mosquitoes have suddenly dropped following this surge of tree spiders, which is extremely important for the locals, because mosquitoes carry around one of the most dangerous diseases on the face of the Earth, malaria. 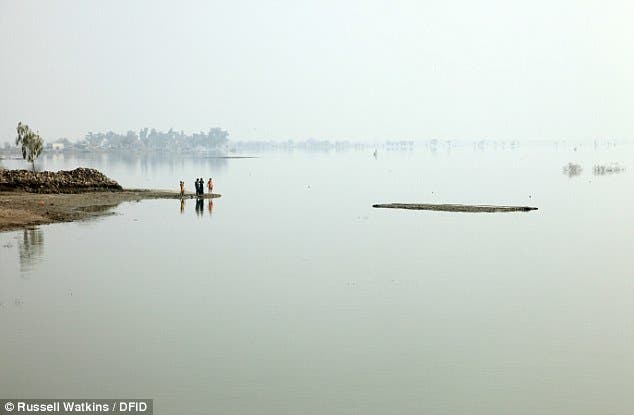 So all in all, this fascinating eerie spectacle was little short than a blessing for locals, which have already had to suffer greatly from the flood. About one fifth of the area in Pakistan was covered with water, which destroyed infrastructure, homes and fields, affecting the life of over 20 million people.