Scientist kicked out of classical music concert for trying to crowdsurf

When theoretical chemists are potrayed in the media, it’s usually not for their musical experiences – but that’s exactly what happened to Dr David Glowacki, a Research Fellow at the Royal Society, affiliated with Stanford.  Glowacki was kicked out of a classical music concert for attempting to crowd surf during a performance of Handel’s “Messiah.” 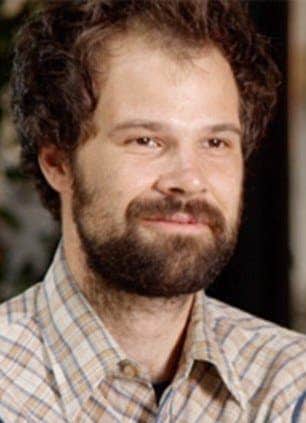 Everything started when the performers encouraged the audience to move towards the front of the stage with their drinks and ‘clap or whoop when you like’. However, Glowacki probably took things a bit too far. Having attended his fair share of rock and punk concerts, he started to “lurch from side to side with his hands raised and whooping before attempting to crowd-surf”. It’s noteworthy that he wasn’t under the influence of alcohol.

However, when he started to do this, the audience simply kicked him out. It wasn’t the bouncers, it was the members of the audience.

Mr Morris, who directed War Horse at the National Theatre, told The Independent:

‘The Bristol Proms [where the concert was played] are contributing to a ground-breaking way of thinking which will pave the way for a new kind of classical concert. ‘But by allowing an audience to respond in whatever way they want, you also allow an audience to self-regulate, as we discovered.’

OK, so what you’re saying is that people who go to classical music concerts don’t usually like crowdsurfing? Got it. However, Glowacki had a steren response:

‘Classical music, trying to seem cool and less stuffy, reeks of some sort of fossilised art form undergoing a midlife crisis.’, he declared.

Well, he sort of has a point, and personally I’m a fan of both classical music and crowdsurfing, but somehow, I just don’t think those two things blend together well. Kind of like pickles and jam – both are really good, but mix them together, and you bust it.

A simple search on Google Scholar showes that David Glowacki published an impressive number of scientific articles, out of which I’m naming just a few:

– “Alkene hydroboration: hot intermediates that react while they are cooling”
– “Evidence of formation of bicyclic species in the early stages of atmospheric benzene oxidation”
– “MESMER: an open-source master equation solver for multi-energy well reactions”

Just a quick reminder: scientists are people too, and they like to have fun just like everybody else.