Shorties: The woman with the most piercings in the world 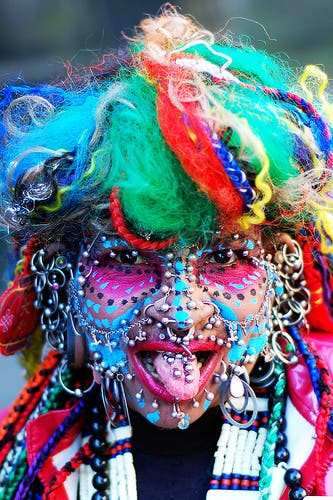 How many piercings do you think the most pierced woman in the world has? Fifty, a hundred, two hundred ? When she was examined by the Guinness book of records, Elaine Davidson had 462 piercings, with 192 in her face alone. But that was in May 2000, and things have changed greatly since then. 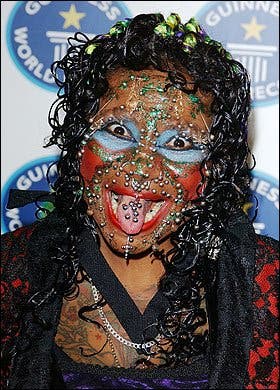 In 2010, she herself reported having 6725 piercings, weighing over 3 kilograms. I call no comment on this one.