by Henry Conrad
in Offbeat
A A

When you drive a car you should be able to react quickly in the event that someone in front of you makes a sudden shift or change. For example, if the car up ahead slams on its brakes to avoid hitting something, you must also be able to hit your brakes and steer the car to safety. One of the major effects that alcohol has on the human body is relaxation, which means that when you have been drinking you will not be able to react as quickly as if you were sober.

Almost 13,000 people die each year as a direct result of accidents that involve alcohol. Additionally, over a million people are arrested each year for suspicion of driving under the influence and nearly 800,000 of these people are convicted. Over 60 percent of those who go to jail for DUI will become repeat offenders after release. Crashes that involve alcohol cost taxpayers more than $100 billion to fix damages. Driving while intoxicated does not just mean driving a car, although that is the most common offense. Drivers of bicycles, motorcycles, boats, jet skis, and snowmobiles can also suffer the consequences.

Other Effects of Alcohol

When your blood alcohol concentration (BAC) is at .02 percent, effects might include feeling warm and content, but a BAC of .08 percent can result in a difficulty in detecting danger or loss of memory, self-control, or judgment. The number of drinks that it takes to get to that level depends on your body weight and gender, but a 160 pound male can have a BAC of .02 percent after one drink and a BAC of .08 percent after just three drinks. Alcohol can also significantly reduce your muscle coordination, which includes balance, vision, speech, hearing, and reaction time. 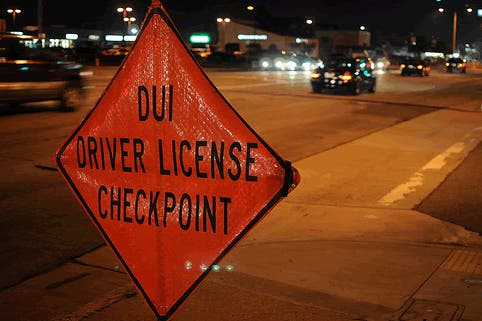 As the number of alcohol-related accidents and deaths increases, the laws become stricter to help keep drivers and pedestrians safe while on the road. As a result, law enforcement officials have a zero-tolerance policy when it comes to drinking and driving. In some instances of legal violations, drivers might get away with a warning, but if an officer suspects that you have been drinking, he or she will typically perform a sobriety test and arrest you immediately. The legal BAC limit for driving is .08 percent, but it is very hard to tell when you have just exceeded that number.

The legal BAC limit only applies to those who are 21 years or older. Teens who have even one drink and then get behind the wheel of a car are subject to arrest on the spot. Anyone who has been drinking and causes an accident that results in an injury or death will also be held responsible for those injured or killed. Alcohol also has significant negative effects on a teen’s brain and development, so it is best to keep it out of the hands of underage drinkers.

Those involved in drunk driving crashes may not know where to turn for help. Find help locally from people who know the law. For example in the US, Texas leads the nation in alcohol-related auto accidents, and finding a legal team with a lot of experience with drunk driving cases might be the best thing to do. You can also find resources online or from the National Council on Alcoholism and Drug Dependence. There are various organizations around the country that lead campaigns to end drunk driving, such as MADD (Mothers Against Drunk Driving), SADD (Students Against Drunk Driving), and many more.

If you are planning to drive home after a night out with friends, you can also take precautions to keep your BAC under control. Keep close watch on how many drinks you have had, and drink non-alcoholic beverages in between each alcoholic drink. You can also choose drinks that have lower alcohol levels, such as beer, and avoid mixed drinks since you may not know how much alcohol they actually contain.

When it comes to driving, you should never get behind the wheel if you have been drinking excessively. Call a taxi or text a friend to pick you up instead of putting yourself and others at a serious risk.