Hawaiian surfer Garrett McNamara has nerves (and other body parts) of steel! According to all reports, he broke his own Guinness world record with a ride on a wave that was about 30 meters (about 100 feet). 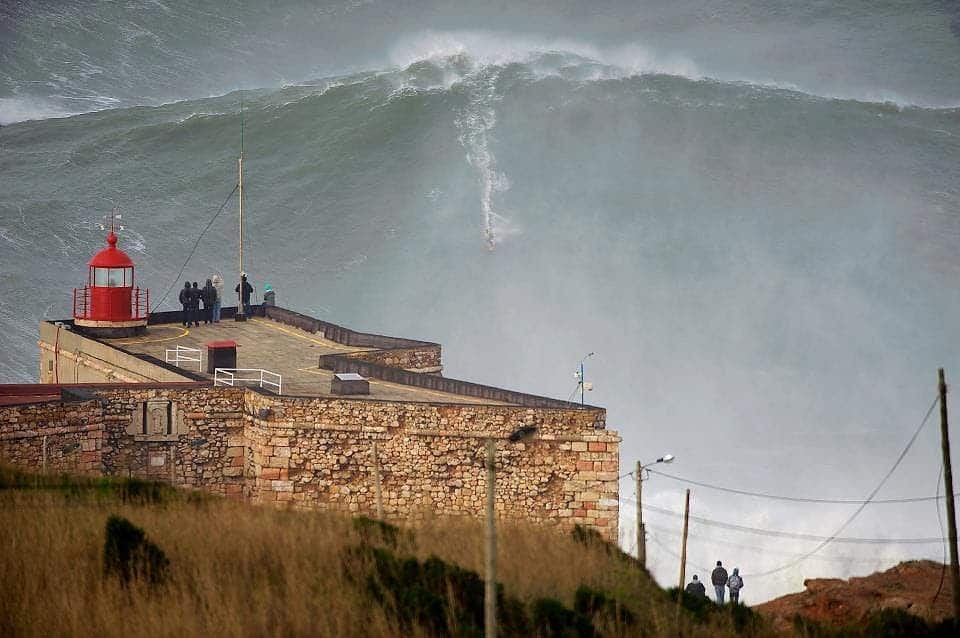 The stage was set in Nazare, Portugal, as a jetski towed him to a monstruous setting, with constant waves over 10 meters – but the big ones were a lot scarier.

“We were surfing in zones we haven’t surfed, so it was a little overwhelming,” McNamara told surfertoday.com. “Personally, it was very challenging. You just have to stay in the moment, stay focused on what you’re doing. We’re really comfortable here, but some of those waves…”

Nazare is about as good as you’re gonna get with big waves – it’s a deep water beach, which funnels storm swells that were originally generated in the north Atlantic. McNamare also held the previous record of biggest wave, a record he set in 2011. Confirmations still have to be done, but all witnesses believe this is definitely a new record.

“The Garrett McNamara team believes that the wave surfed Monday is higher than the one of 2011, but to avoid any controversy we asked two surfers who certify the Billabong XXL to confirm the size of the wave, before we talk about a new record”, explains Miguel Sousinha, president of Nazaré Qualifica.