Snakes and other beasts: A “How-to” chat with wildlife photographer Marius Iancu

You never know how long a chat with Marius is going to take.

by Mihai Andrei
in Great Pics, Interviews
Reading Time: 8 mins read
A A
Share on FacebookShare on TwitterSubmit to Reddit

You never know how long a chat with Marius is going to take. Now you’re talking about photographing animals, and three hours later you’re discussing politics and protests. But no matter what he’s going on about, one thing’s for sure: passion flows through his every word.

A geologist by training, Marius never gave up on photography, and it’s a good thing he didn’t. He’s managed to shoot some of Europe’s most beautiful herpetofauna (amphibians and reptiles) as well as the occasional bird. We’ve convinced him to share some of his tips and tells us what it’s like to look a snake in the eyes.

Andrei ZME: Hey Marius, thank you for taking the time to talk to us. You’ve been photographing things for many years but I’m curious, how did you get started with wildlife photography?

Marius: This was my original interest. When I was still in highschool, I used to roam around the city and take photos of everything I could see: ducks, lizards, everything. Now, after 8-9 years I’ve gone through several styles and focuses — including villages, natural landscapes, portraits. I didn’t think about it too much. Then, one day in 2016, I was going outside Bucharest to photograph the sunset. Along the way, I saw pheasants, little owls, rabbits, all sorts of animals. Next day I woke up, I was thinking about seeing more and more wildlife. I couldn’t get it out of my head.

A: Do you find many subjects in cities?

M: When I started out, I didn’t really see that much. But when I paid more attention to it, there it was. You know, in cities you can find all sorts of wildlife — amphibians, birds, even very rare birds. I’d say photography opened my eyes, I was just passing by all this wildlife and didn’t even realize how cool it was.

Oh, and it all changed when I got in contact with a scientist, Vlad Cioflec [a herpetologist from Bucharest, website not in English]. He started to explain some things about biodiversity to me, he told me about some neat places where you can find lizards and birds, and of course — snakes. After finding a few common snakes I really got hooked. I just love finding and photographing snakes.

A: Tell me more about your love of snakes. It’s certainly not a common thing, what drew you to them?

M: Uhm, that’s pretty hard to say. I don’t know, it’s just what I like. I’ve always liked snakes, they’ve fascinated me ever since I was a child. I was quite afraid back them, but the more I learn about them, the more I cherish them. Learning is an important part of photographing.

Also, I enjoy the fact that you’re much closer to them than birds or mammals. It can be very nice to wait for that good bird photo, but I enjoy the closeness you have with snakes.

A: So you’re not afraid anymore? Isn’t it a bit dangerous to get so close to snakes? [Note: in his reply, he is specifically referring to European snakes]

M: I’m really not afraid because generally, snakes are not aggressive. They’re only aggressive when they feel threatened. You know, they never jump on you, on the contrary. They feel vibrations with their lower jaw, they send the signal to their internal ear, and they just back away if they sense you coming. I try not to scare them, but I always have protection equipment as well. I also have backup plan if something goes wrong, there’s a procedure I follow.

A: What’s the procedure? [Again, note that this might vary for different parts of the world. His answer focuses on Europe]

M: If a potentially venomous snake would bite me, I’d just call 112 [the emergency number]. There are all sorts of myths around, but the reality is you shouldn’t be nervous, you should try to stay calm. Don’t try to suck the venom, don’t do a tourniquet, don’t take any medication or alcohol. Just call the emergency number and they’ll advise you and come to pick you up. 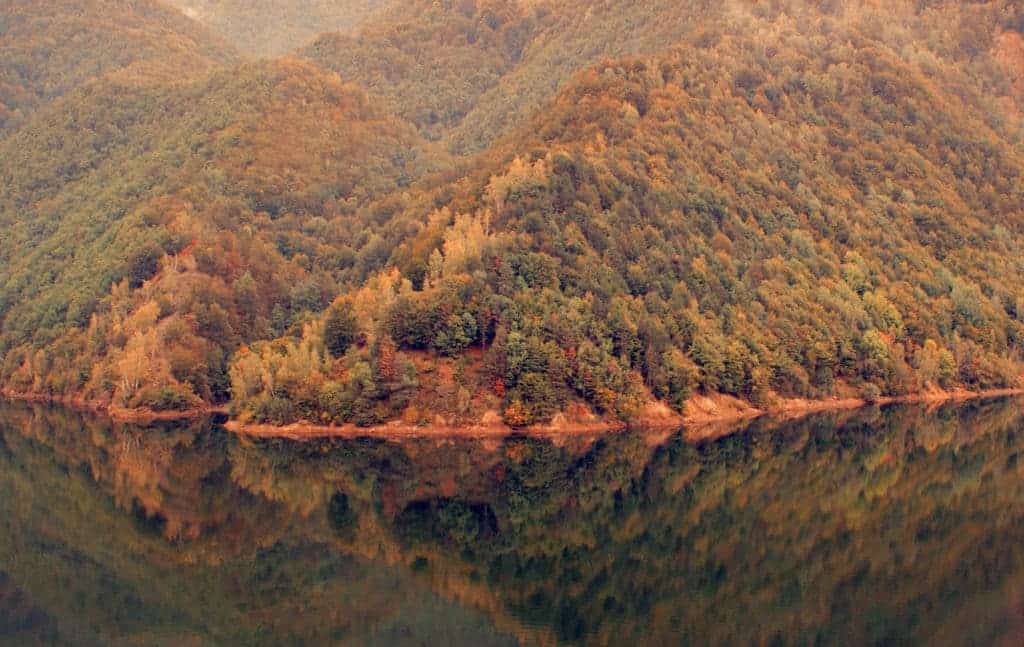 A: OK, let’s go with the ‘we don’t get bitten’ plan for now. How difficult is it to find the snakes you’re looking for?

M: Honestly, I’ve had more than 20 trips for a snake. Sometimes it’s really easy, sometimes it’s very difficult. There’s also some luck involved, I’ve found snakes 10 minutes after stopping the car, and I mean rare snakes I wasn’t even hoping to find. Then other times, you’ll find them right away. You have to know what you’re looking for, you have to be perseverant, but luck is also a factor.

A: So when you’ll go on an expedition, do you have a specific goal in mind?

M: Yes, I always have a goal in mind. I do my homework, I read about the habitat, the species I’m looking for, and I seek advice from biologists. I also look at the weather, which is very important. It’s good to be there very early in the morning. The snakes go out to draw heat from the first sun rays, but they often retreat when it gets too hot. You know, I always try to think like a snake. Where could I enjoy the sun the most, without being too visible for my predators? So I look for places in the sun, but not too exposed.

A: What’s your proudest adventure?

M: Oh that’s hard to say… I’ve had a few very nice ones, and all of them with snakes. The most special moment was when I found the Blotched snake. It’s a nonvenomous snake I came across last year. It was the third time I was looking for it and I wasn’t expecting to find it there, I was just passing by. I found one behind a limestone, and I was extremely nervous. I stuttered for a few good seconds, trying to tell someone I found it.

There’s also the time I found the Vipera nikolskii, a venomous snake endemic to Eastern Europe. I was looking for it for a long time, I’ve had over 20 expeditions before I found it. I lost my car keys, I found a wild boar, it was quite an adventure.

A: So, is it something that anyone can do? I think most photographers aren’t really interested in wildlife, is it because it’s so difficult or is there some other reason?

M: I think most photographers feel that animals are boring, mundane — not real art. They’d say that running after animals is not art. I don’t know how hard it is per se, I think for people who love nature and love being in nature, it’s not so difficult. If you love the comfort and easy life, you’re not going to be chasing after snakes. If you love nature, it’s rough in the beginning but it grows on you very fast.

It’s also much easier to get started today than it was some years ago. When I was 18, I was looking for long-eared owls. I had no idea where to find them, I’d just read that they sometimes spend winters in parks. So I was just spending winter days walking around the parks, looking for long-eared owls. It took me two years to find them! Now, there’s all sorts of birding and herping [herpetology] forums and websites, there’s people sharing and recommending locations… access to this kind of information has increased dramatically.

A: What do you need to get started, as an amateur?

M: Not too much. When you’re doing it as a hobby, you can make use with a basic photography kit. I have a friend with a pretty cheap camera and lens, he does a great job. Of course, photography is usually not cheap, and equipment matters a lot. It can get expensive, but I’d advise people to start with cheaper cameras, and if you want to invest, go for the lenses. You can make do with an older camera if you have a good lens.

I’ve seen, in my experience, that photographers can make a big difference, even amateur photographers. Without even trying to do this, I’ve changed the views of the people around me and made them cherish biodiversity. I never told anyone ‘Hey snakes aren’t so bad’ or ‘Owls are cute, they’re not a bad omen’ [a Romanian folk superstition] but I see that the people around me have been very curious. They wanted to learn more and more, and they too became fond of animals. So now I’ve got 20-30 people in my group of friends who have become animal lovers. Even my sister now loves joining me on photography trips, and she loves seeing animals. It’s all about perspective and how you present your work. The power of personal example also matters a lot.

A: Brilliant! Any closing words?

M: Yes, you can probably find a lot of biodiversity in your city or village. There’s this lake in my home town which is surrounded by residential neighborhoods — yet you can find numerous birds and reptiles there, even a few harmless snakes. Every once in a while I visit it to see what’s lurking around, and you can probably find places like this near you. It’s a lot of fun!