Students at Leuphana University in Lüneburg, Germany have lots of reasons to be happy. For one, they can now study, work, or take a break in one of the most modern and sustainable buildings among university campuses. The 13,000-square-meter zinc-clad New Central Building was designed by Daniel Libeskind, an architect who insisted on collaborating with students to erect this marvelous carbon-neutral facility.

For students by students 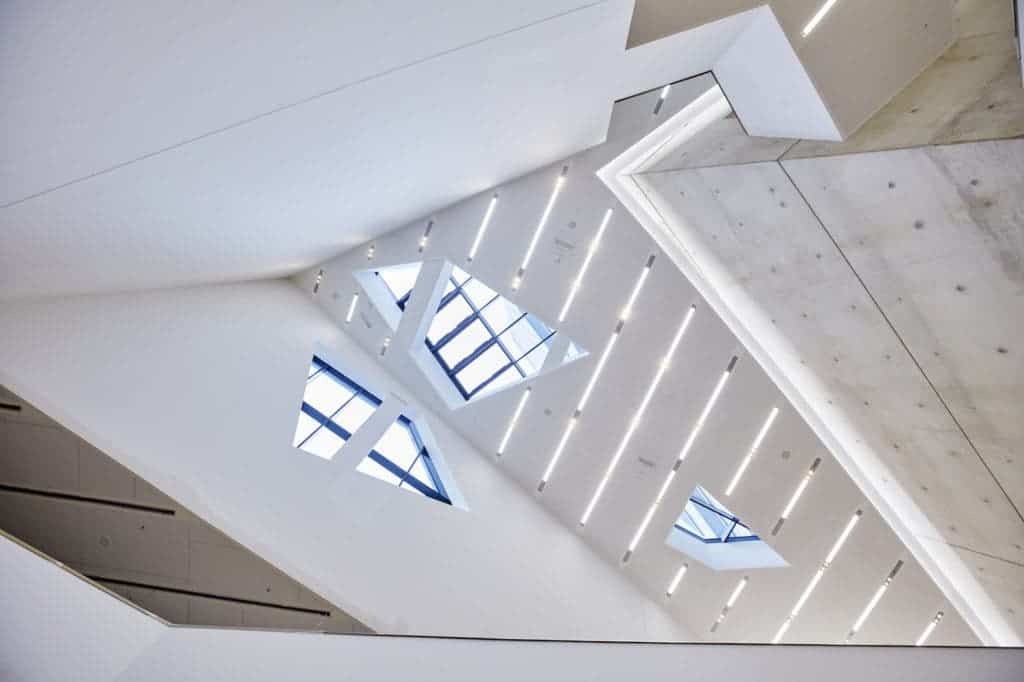 The science fiction-looking construction is made out of four interlocking blocks, each housing one of the four programs it was meant to house. There’s the student center, the biggest and most important part of the building, but also the three-story Seminar Center, a seven-story Research Center, and an amazing 1,100-seat auditorium. These connected spaces are meant to instill the sense of community among the students and promote interdisciplinary collaboration, something that is most lacking especially in hyper-focused scientific fields. 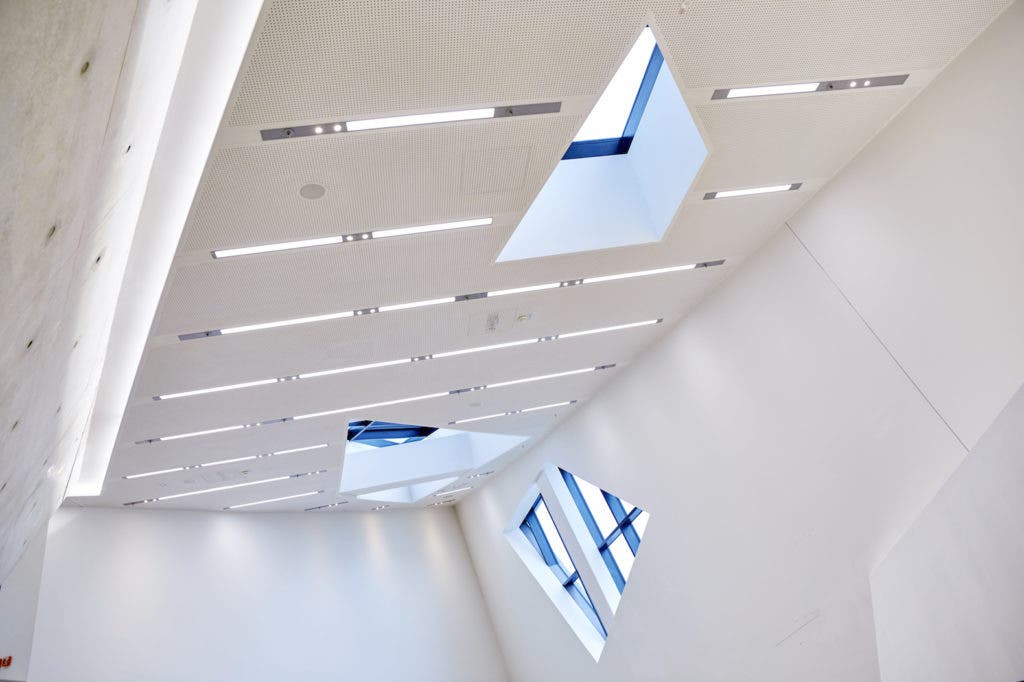 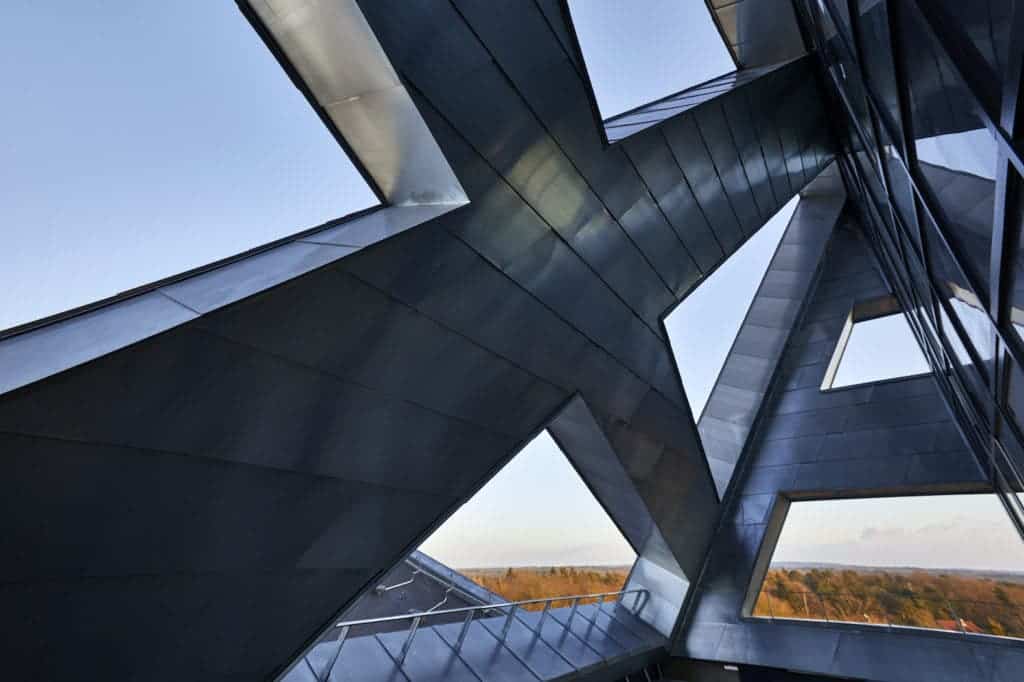 Libeskind closely worked with students from campus, which went well beyond just collecting feedback — the students were actively encouraged to participate. They helped with a wide array of tasks and themes, from landscape and interior design to energy efficiency to the way-finding system. 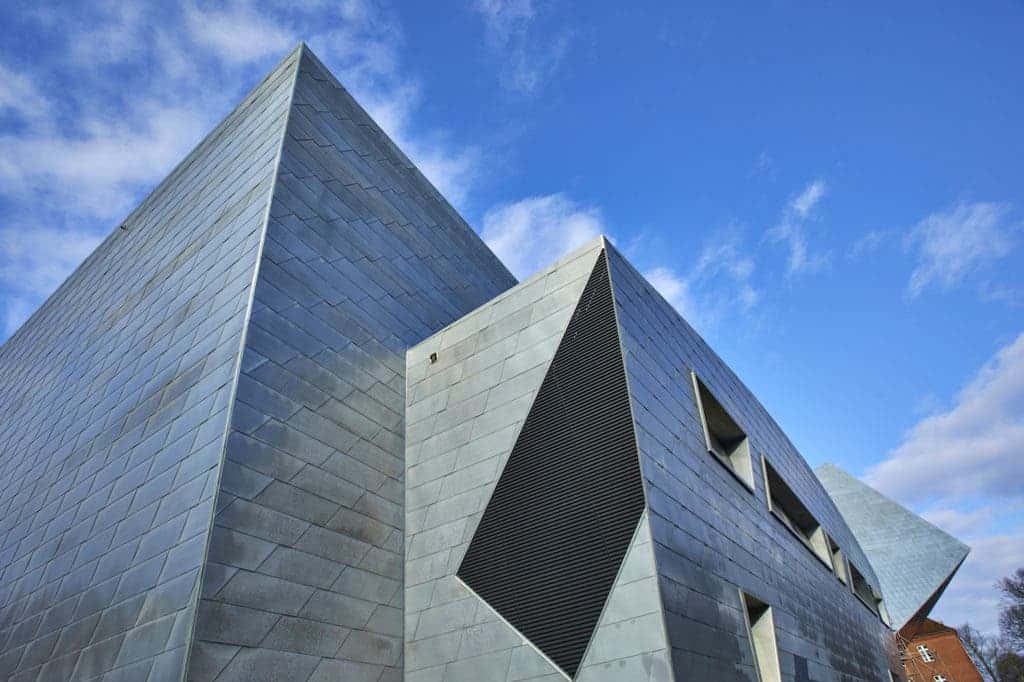 New Central Building at Leuphana definitely is an eye pleaser but under the hood this is still a very well oiled machine with a laser focus on sustainability. Energy efficiency was a priority and the whole building is powered by renewable energy. In fact, it’s so efficient the building exceeds the German Energy-Saving Regulation standard and is used as an example for energy-optimized design by the Federal Ministry of Economy.

There are also green roofs which can be seen from the interior and gray water system which reuses the resource.

In fact, it’s not just the New Central Building but the whole Leuphana University campus that’s striving for sustainability. Since 2010, the university has opened the Faculty of Sustainability Sciences which is one of the first of its kind in the world. 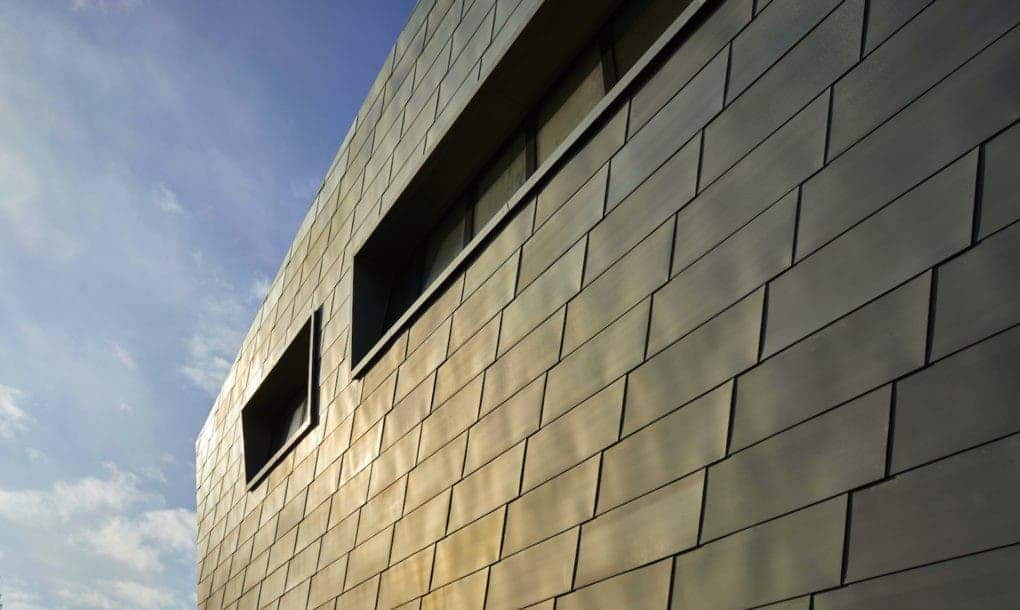 This is an innovative project, one that we hope will inspire other campuses to follow suit. Universities are not just a place for learning — they’re forming centers for today’s youth and tomorrow’s leaders. Studying in a place that not only respects students but teaches them the importance of living sustainably is of vital importance, now more than ever.