The winners of the National Geographic Traveler Photo Contest

by livia rusu
in Great Pics
Reading Time: 3 mins read
A A
Share on FacebookShare on TwitterSubmit to Reddit 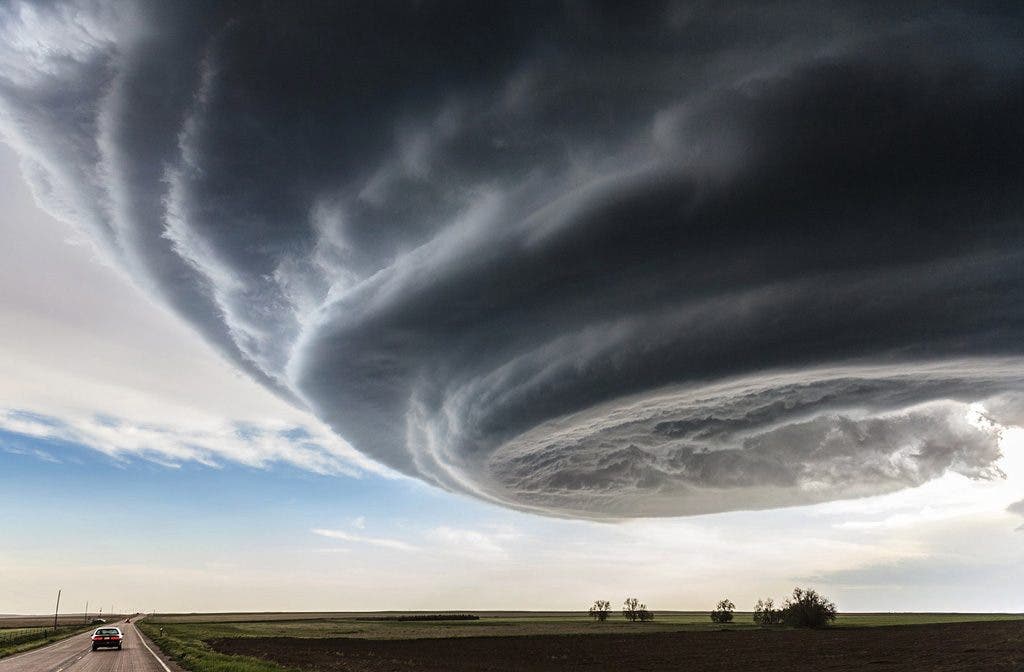 While on storm chasing expeditions in the Tornado Alley in USA I have encountered many photogenic supercell storms. This photograph was taken while we were approaching the storm near Julesburg, Colorado on My 28th, 2013. Meanwhile, the second place tells a much different story:

Mea Shearim, ultra Orthodox district of Jerusalem. Newly married, Aaron and Rivkeh after the wedding ceremony are to stay together for the very first time, alone. Their marriage was arranged by families. 18 years old candidates confirmed the choice in result of the one meeting only. Since then until the wedding day they were prohibited to meet or even talk. Location: Mea Shearim, Jerusalem, Israel. The third picture should be somewhat familiar:

This is the Green Lake (Grüner See), located in Tragöss Austria. I won’t spoil the surprise, but you can read our article (highlighted above) to see how this park in Austria goes underwater 6 months a year.

This photo, taken at the ‘end of the world’ swing in Banos, Ecuador, captures a man on the swing overlooking an erupting Mt. Tungurahua. The eruption took place on February 1st, 2014. Minutes after the photo was taken, we had to evacuate the area because of an incoming ash cloud. Location: Banos, Ecuador

Taken during “The Mayana Soora Thiruvizha” festival takes place every March in the small village of Kaveripattinam, the day after Mahashivarathiri (The great night of Shiva). The festival is devoted to Angalamman, a fierce guardian deity worshipped widely in Southern India. Location: Kaveripattinam, Tamilnadu, India.

While exploring Burough Market in London, I was delighted to come across four lovely young women dressed in vintage white dresses, eating ice cream as the local shopkeeper looked on. Are they brides? Or bridesmaids. I don’t know, but they are obviously enjoying a very special day. Location: Burough Market, London, England.

On arrival at Jonathan’s Lodge our horses took to celebrating liberation from their heavy burdens. With the backdrop of “The Devil’s Knuckles” and the afternoons glow how could i not take advantage of these magnificent creatures rejoicing in the afternoons glow . This was the end of the first of a three day horse back ride through Bushman’s Nek, up the Drakensberg escarpment and into Lesothos’ Sehlabathebe National Park. Location: Jonathans Lodge, Qachas Nek, Sehlabathebe National Park, Lesotho