by Mihai Andrei
in Animals, Great Pics
Reading Time: 3 mins read
A A
Share on FacebookShare on TwitterSubmit to Reddit

This eagle at Codorus State Park in Pennsylvania has had it up to his neck with snow – both parents, mother and father, have taken parenting to the next level, sharing egg duty despite the growing snow.

The Bald Eagle, recently taken off the endangered list, is a sea eagle. It’s an opportunistic species that subsists mainly on fish, on which it swoops down and snatches from the water with its talons. It builds the largest nest of any North American bird and the largest tree nests ever recorded for any animal species, up to 4 m (13 ft) deep, 2.5 m (8.2 ft) wide, and 1 metric ton (1.1 short tons) in weight! Unfortunately for these guys, building such a massive nest also comes with a disadvantage – it got filled with snow. 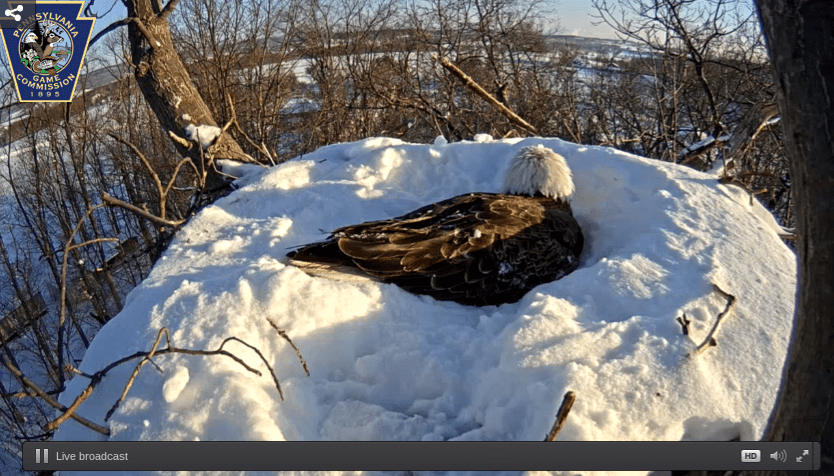 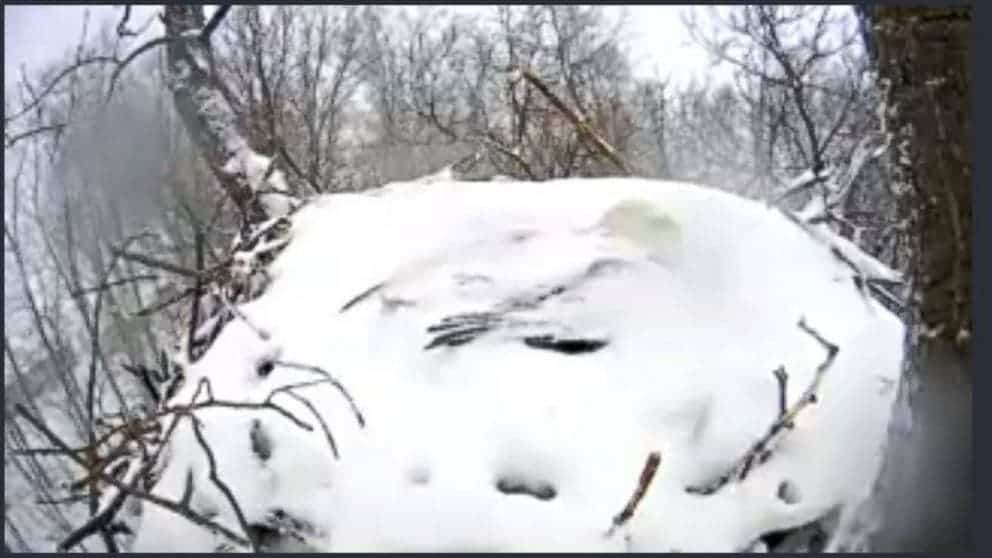 But the eagle pair manned up to the task (both the male and the female), and they guarded their eggs from the rugged weather, even as the snow got up to their neck – you could barely see their heads in the snow. According to Washington, D.C., news station WTOP, a bald eagle live stream in Hanover, Pa., captured the scene:

“The bald eagle was stoic. Occasionally, as the eagle’s beak became covered, it moved its head for room. But other than that, the national bird remained steadfast.”

The Pennsylvania Game Commission, which placed a camera at the nest and has a live stream on its website, assures us that the eagles and their eggs will be just fine, with a good chance of hatching healthy chicks.

Hang in their guys, justhereouple more weeks to go!