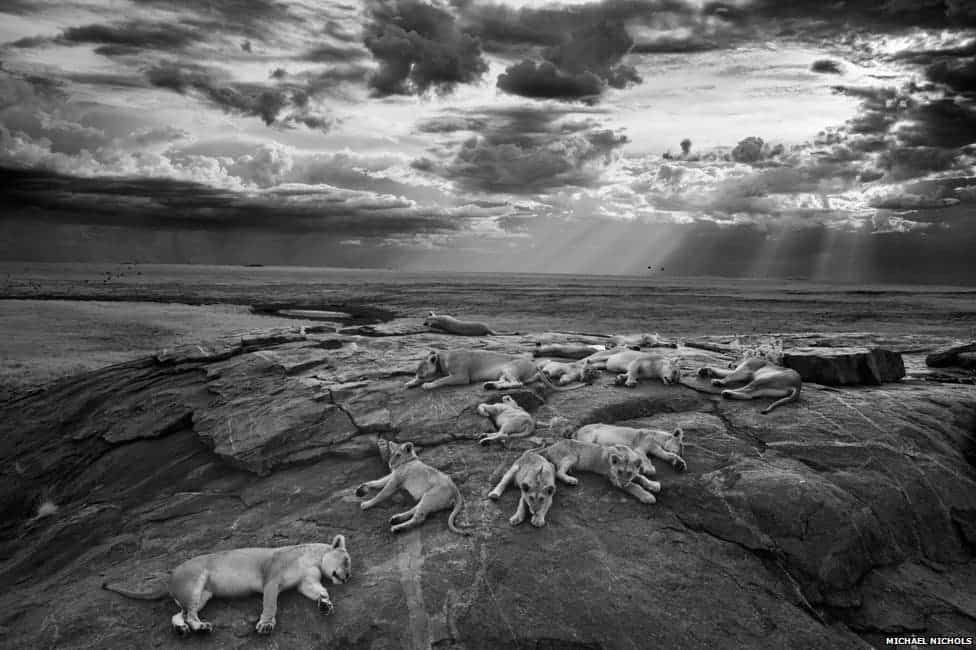 The magnificent picture you see above won the Wildlife Photography of the Year award. But this isn’t only an out of context image – it comes with a story. Michael “Nick” Nichols tracked the pride of big cats for six months before capturing the stunning shot which includes not only the slumbering pride, but also a magnificent African sky on the Serengeti plains. Judge Magdalena Herrera said of the picture:

“It tells you about behaviour, about the photographic techniques today, and it shows you the relationship of the animal to its environment,” she told BBC News.”What is striking about Nick’s picture is its narrative – it’s not just a portrait; there’s a whole story going on inside it. And the black and white gives it a feeling of reportage.”

The females are resting with their cubs, having spent the earlier parts off the day fighting off a few inquisitive males. Three of the females were killed a few months after the picture was taken, as they ventured to far away lands. Nichols calls this the Last Great Picture. 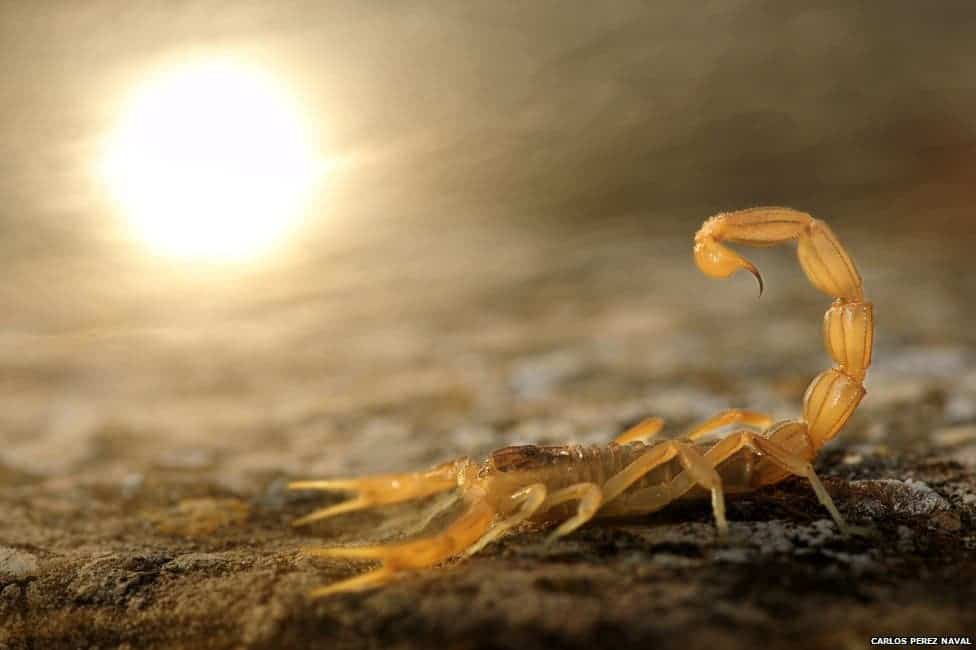 Carlos Perez Naval took this picture, displaying a remarkable technical ability and winning the under 10 category, even though he is only 8 years old.

“It is actually a double exposure that uses a zoom lens to emphasise the sun, and then a shorter focal length lens and flash to pick up the colours in the stinging arthropod”, the BBC writes.

When the competition was introduced first in 1964, it had only three categories: Mammals, Birds and Other Animals. Until 2004, digital photography wasn’t allowed, but when they changed that, the entire competition changed. They started receiving many, many more entries and WPY now features 17 categories; every year, they receive tens of thousands of entries.

However, what’s important to note is that even with the advent of technology, the fundamentals of a good photo have not changed.

“It true that you either have the eye or you don’t, but it also requires a lot of patience and perseverance,” she commented. “And you’ve got to have an empathy with your subject; you’ve got to love it at some level. That’s the magic that turns a good photo into a truly spectacular one.”