A illustrated take on the history of science by WEARBEARD

An illustrated timeline of the greatest moments in science. 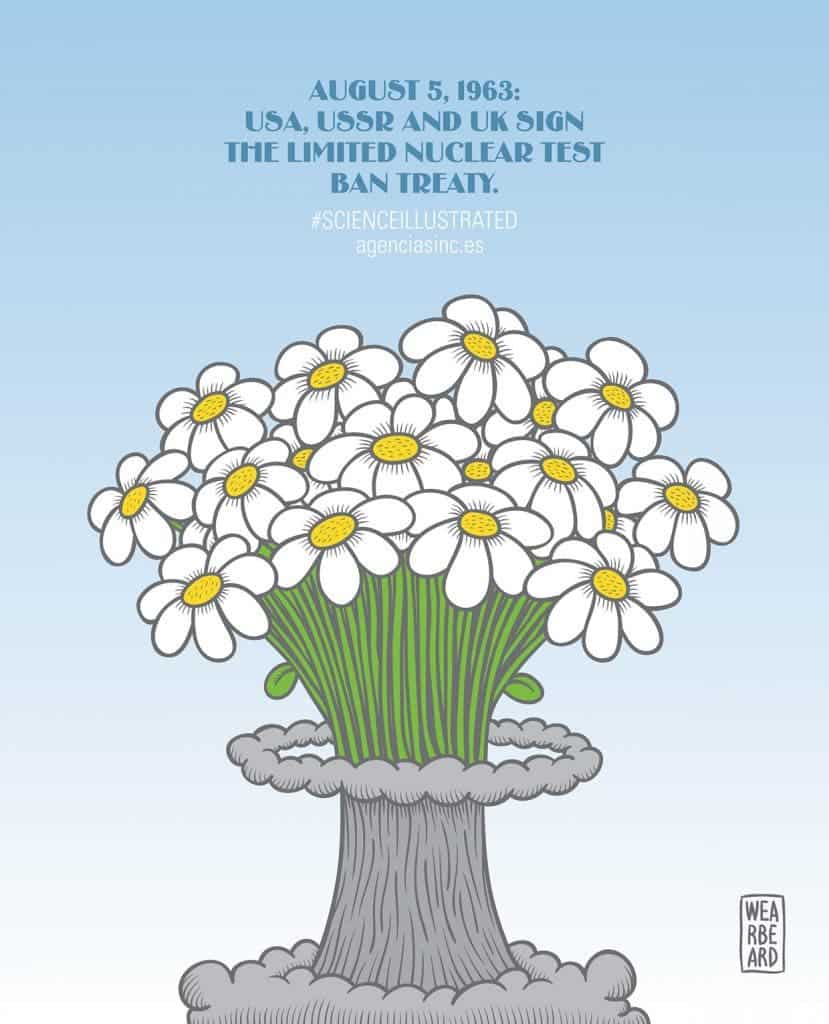 Sometimes, there’s this “Eureka!” moment — that one in a billion — that sweeps us off our feet and transforms society. Just think of the transistor, the internal combustion engine, the atom, the theory of evolution, even the freakin’ wheel. It’s difficult to imagine the world today sans these amazing discoveries and great works of science. There’s so much we take for granted today, so from time to time, it’s nice to sit back and take a crash course in history. Don’t worry, I’m not here to bore you with too many words. Instead, we’ll dive deep into some of the most interesting moments in the history of science, human

There’s so much we take for granted today, so from time to time, it’s nice to sit back and take a crash course in history. Don’t worry, I’m not here to bore you with too many words. Instead, we’ll dive deep into some of the most interesting moments in the history of science, human ingenuity, and nature. 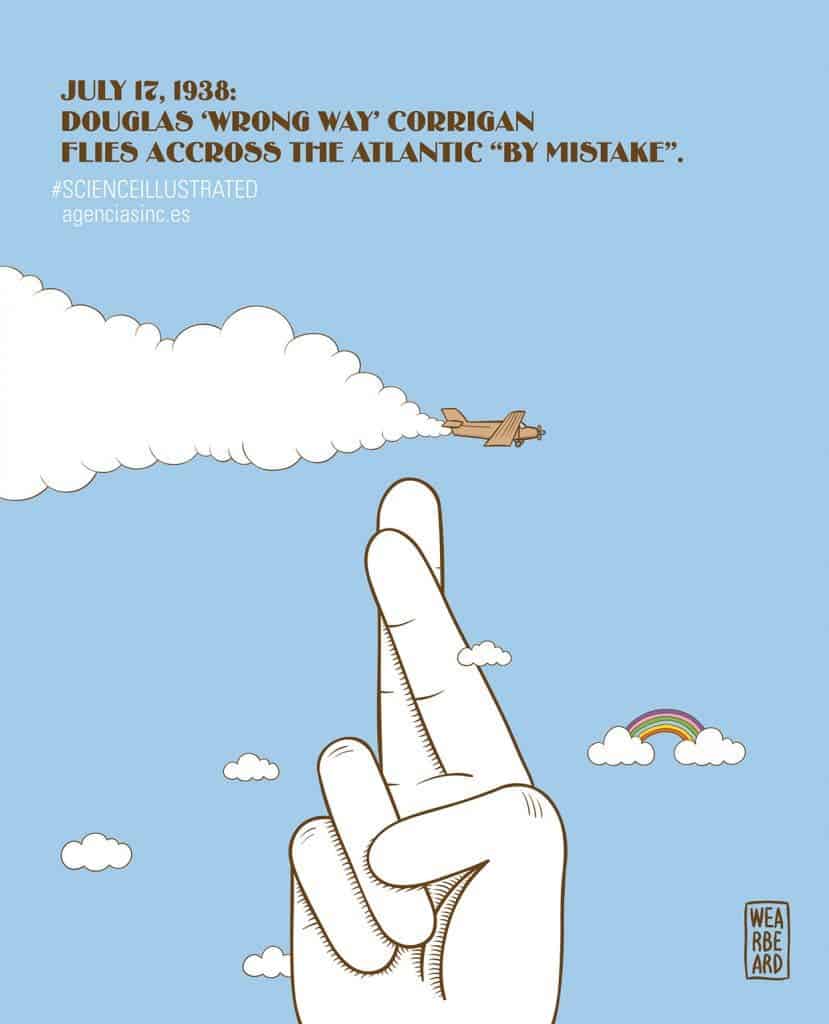 You have WEARBEARD, an artist from Madrid, to thank for these well-thought illustrations. The works were commissioned by the Fundación Española para la Ciencia y Tecnología (FECYT) and distributed by SINC. 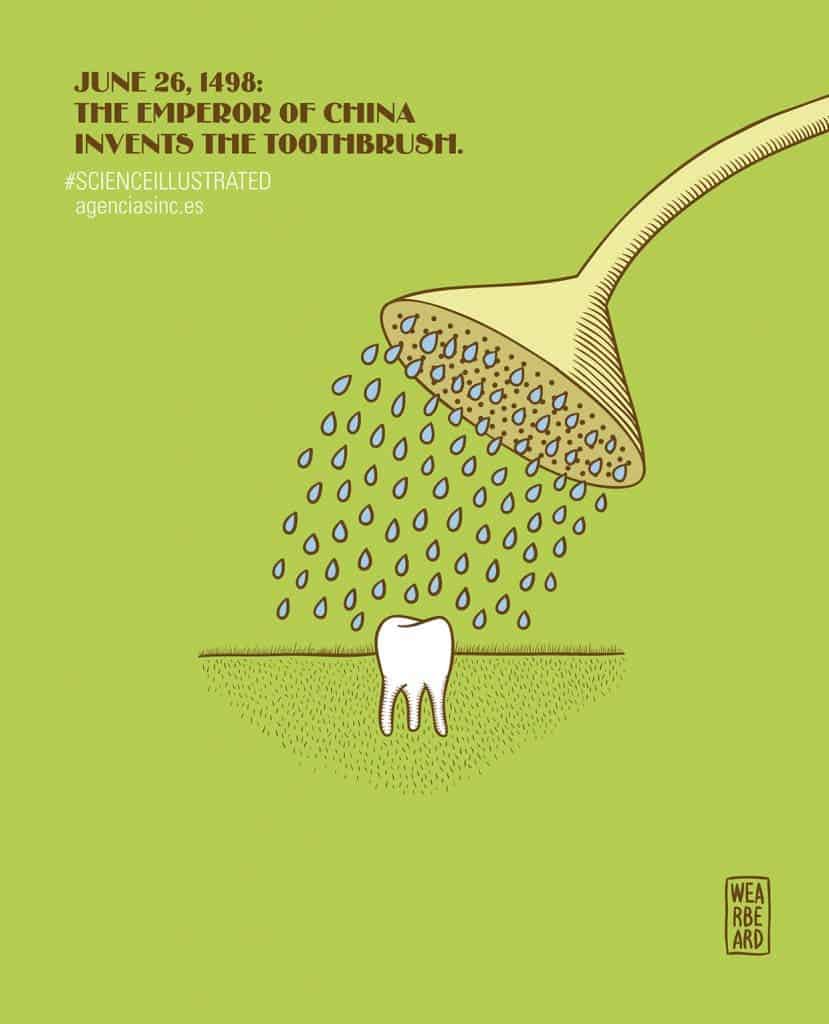 “What kind of reactions? That’s a good question, I’ve never really thought about it. I guess I just want them to like the piece. Sometimes that would mean smiling, when it’s a funny or cute piece, but other times it would mean getting a bit frightened or confused by an idea that has a dark feeling, sometimes I like to do that too. But most importantly I want them, the audience, to learn something. But then again, that doesn’t have anything to do with me, but with the editors of the project who make such a great work selecting the topics,” said WEARBEARD for ZME Science, when asked what kind of reactions he was expecting to get. 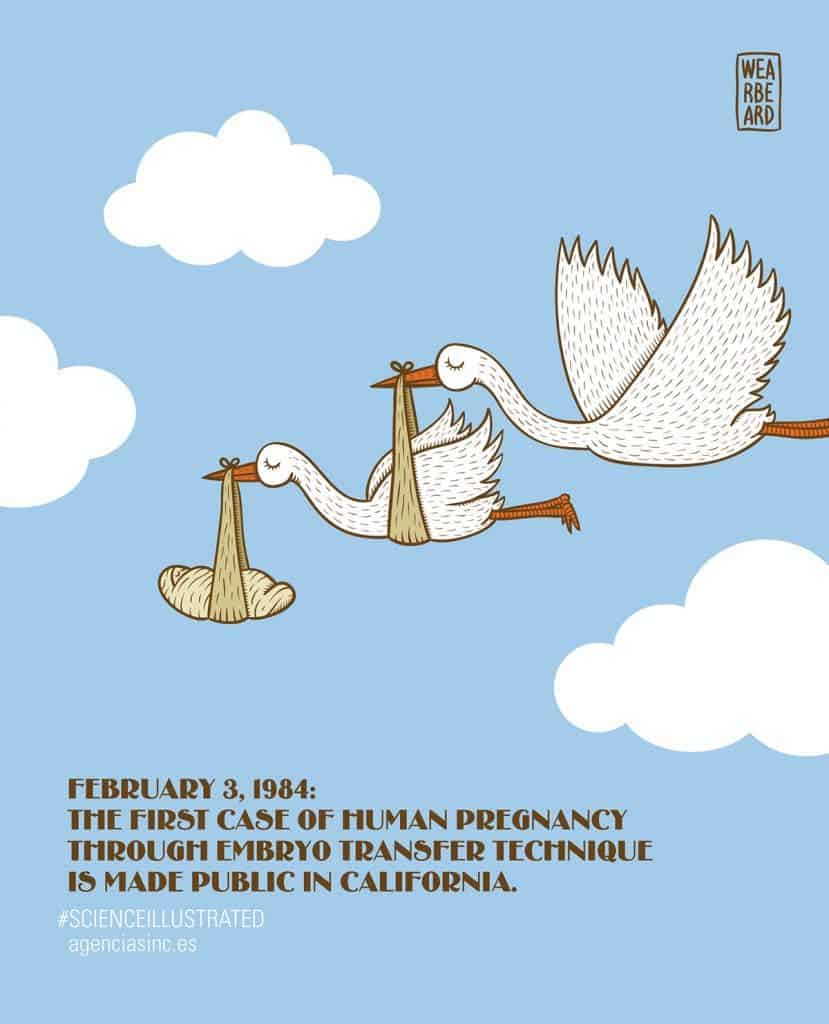 “The process is more or less the same for every piece, no matter how cool or uncool the topic might be. Being boring just makes it harder. First of all I read about the event, eagerly documenting myself until I get satisfied. I really enjoy that part, I feel so lucky to get paid for doing that. Then I keep the topic in mind for a few days, and try to come up with ideas about how to translate all that into an image that says something. When I find the right one, I sketch it up in my notepad, and then, finally, I sit down in front of the computer to get the final image done.

However, the process serves to a goal, and that one is always conveying the essence of that topic or event. That, in my opinion, is how (or why) that specific thing has become something relevant or significant for mankind. What does it mean to us,” he continued speaking about the process behind his work. 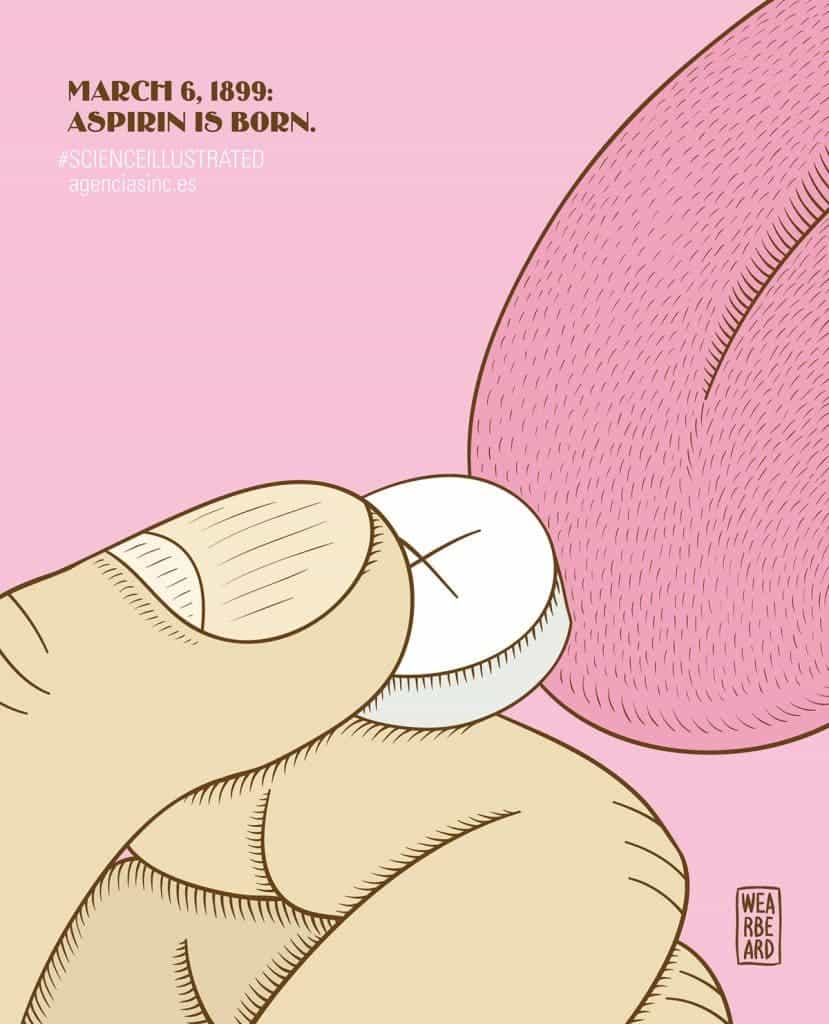 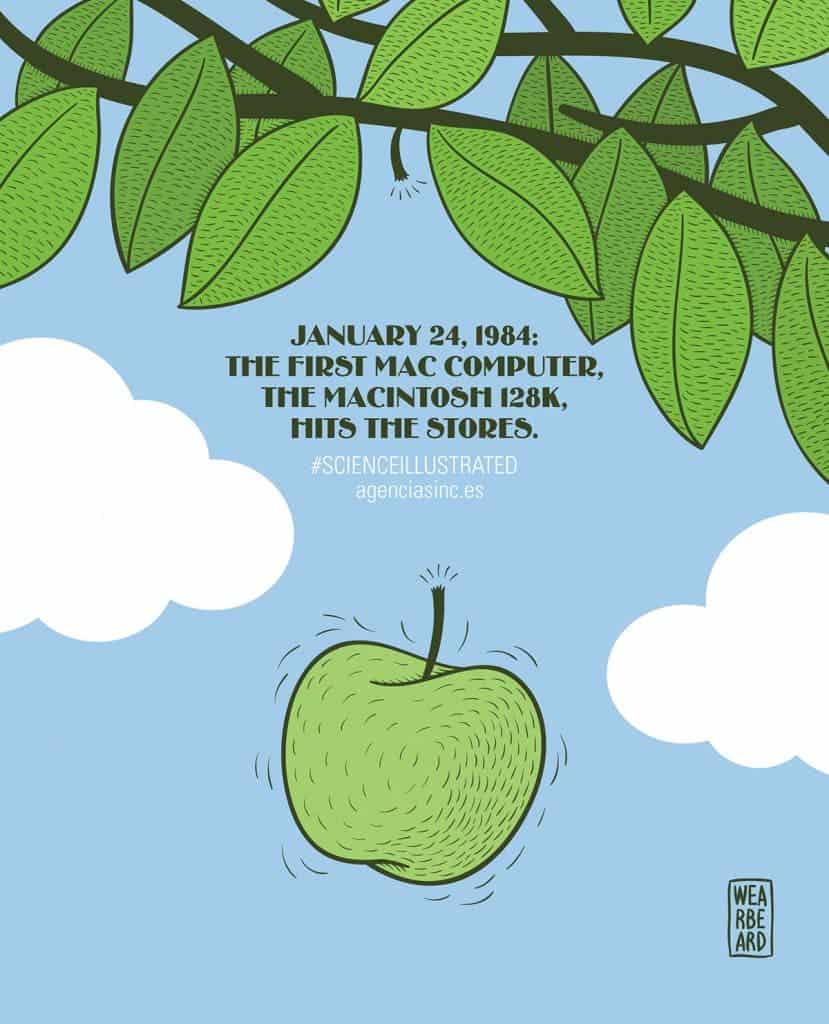 “I’ve worked on this project enough to learn that is probaby my best professional piece of effort so far. It’s been four and a half years now, and it’s still going, growing bigger and better every week with a brand new piece. As I mentioned earlier, I feel just so lucky to get paid for doing something that allows me to learn all kinds of different stuff by doing it and, also, to express somehow the way I see the world, in a certain way,” WEARBEARD said for ZME Science. 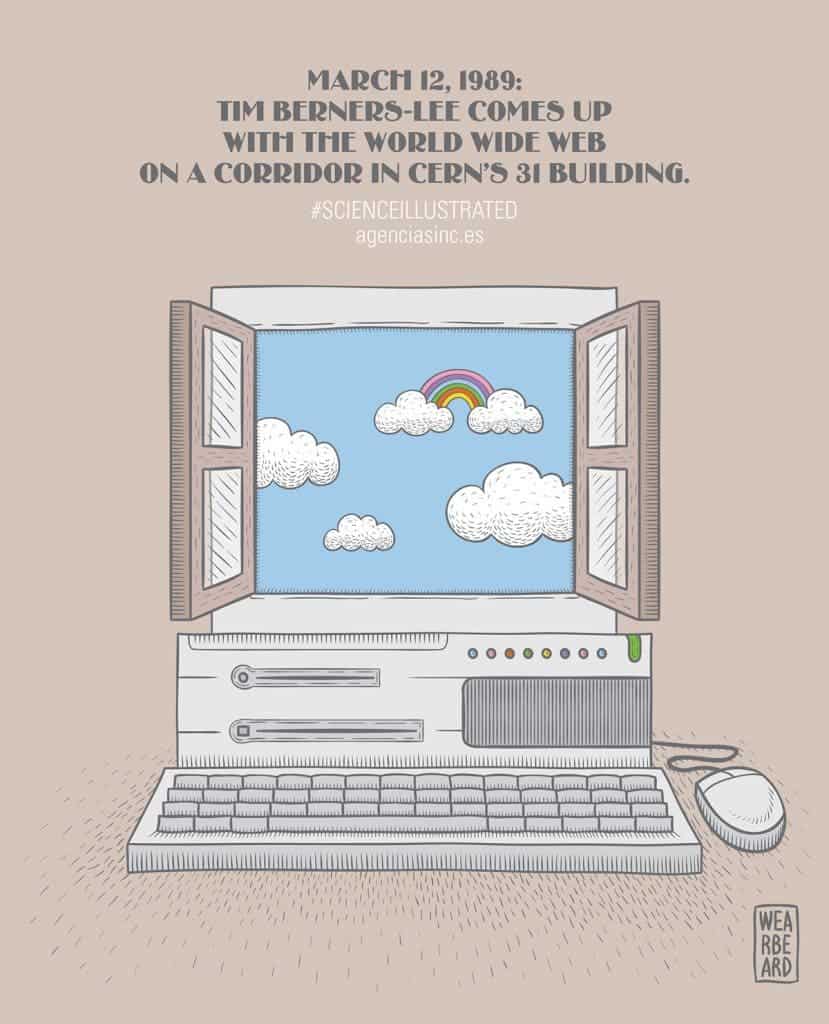 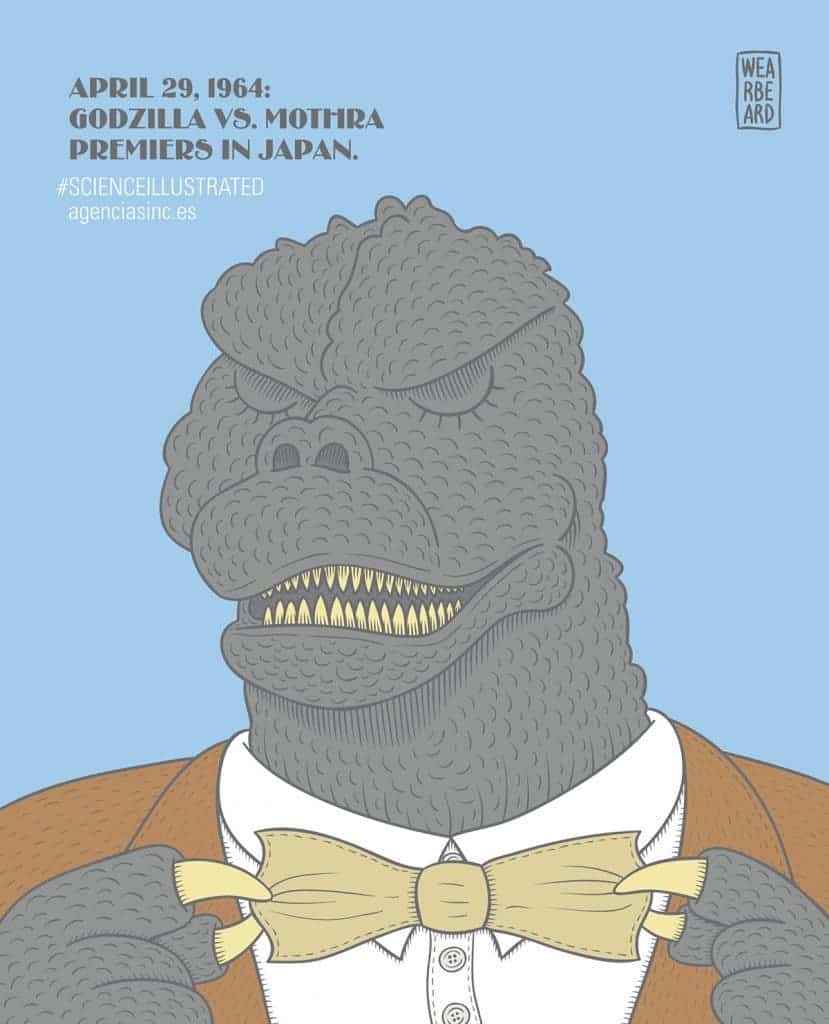 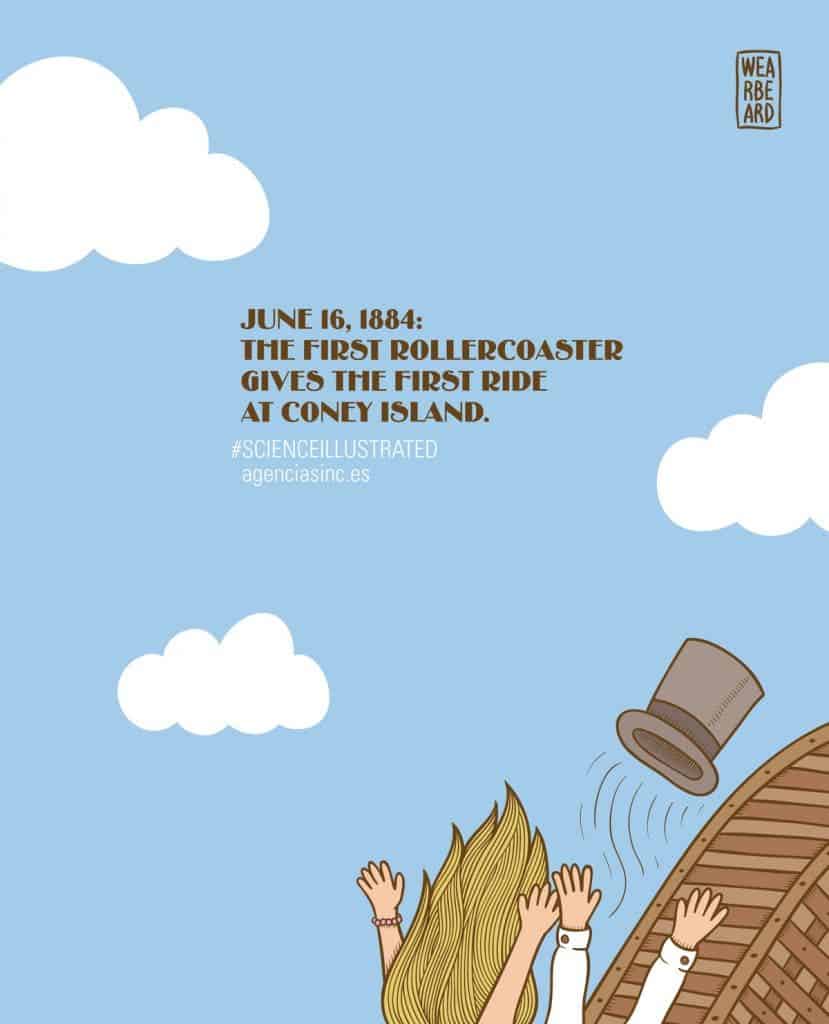 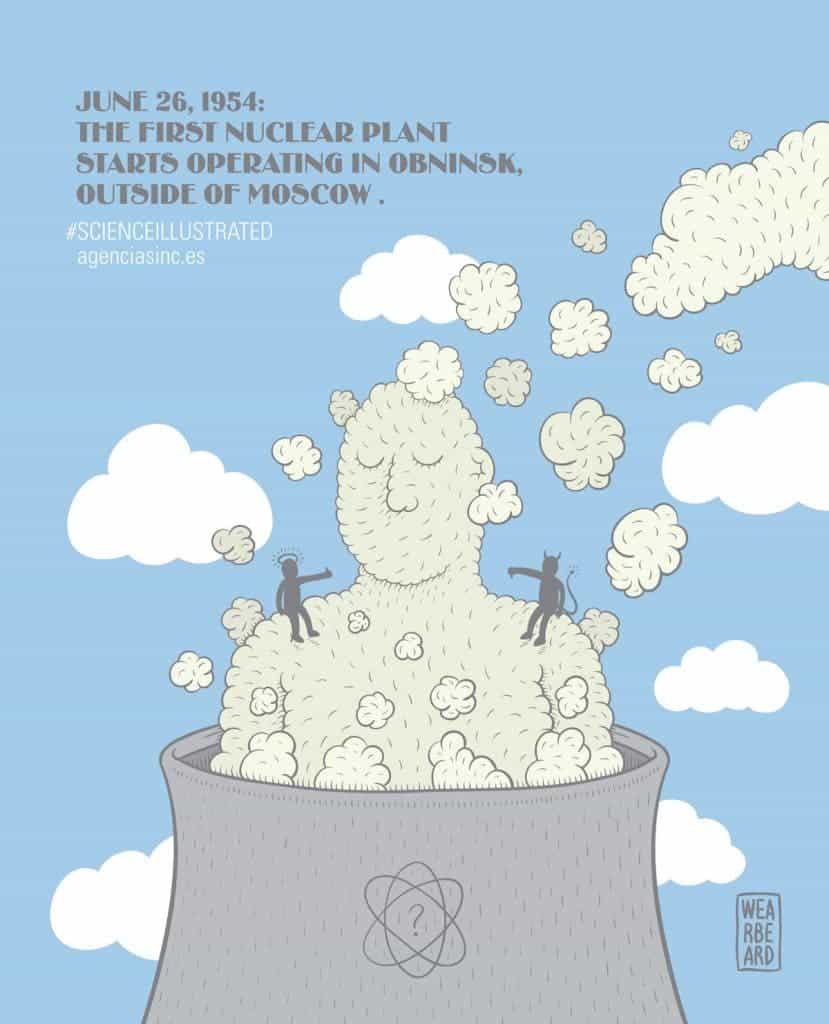 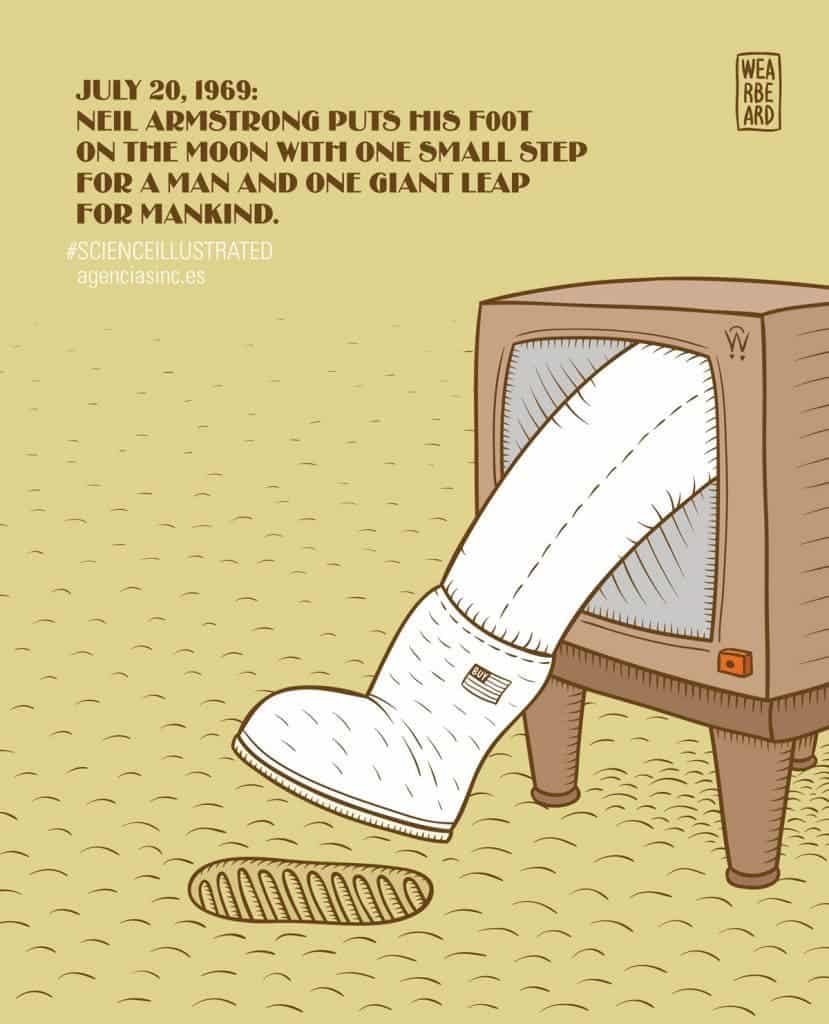 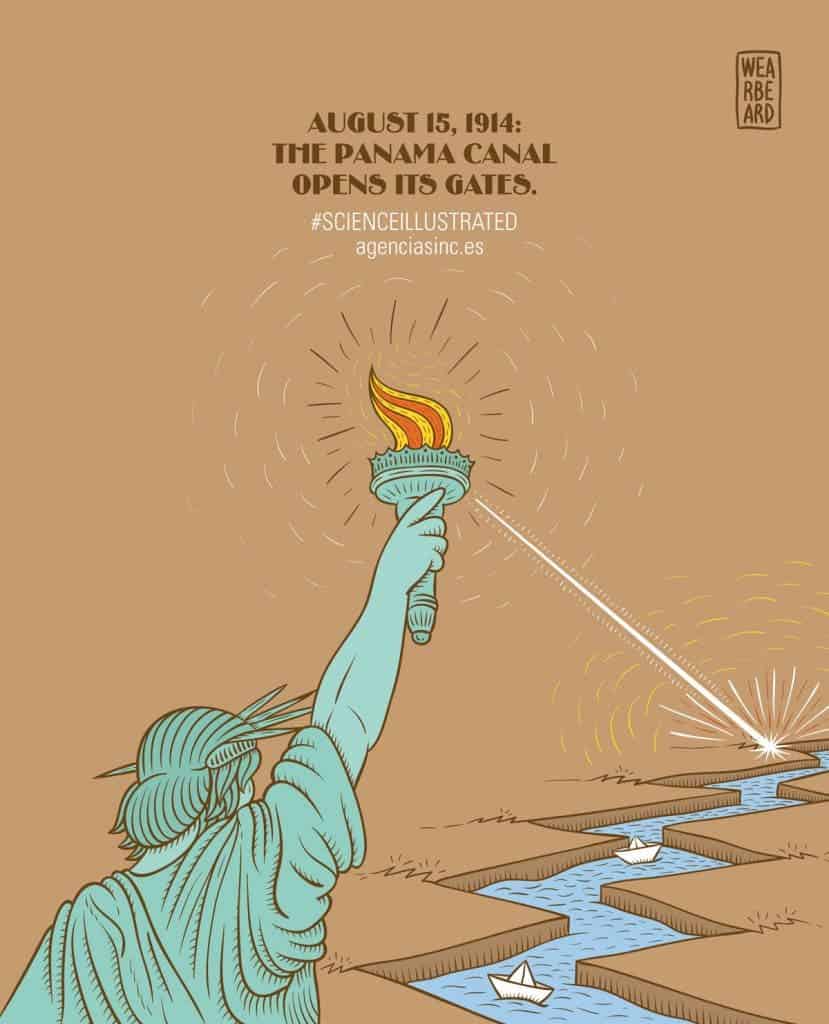 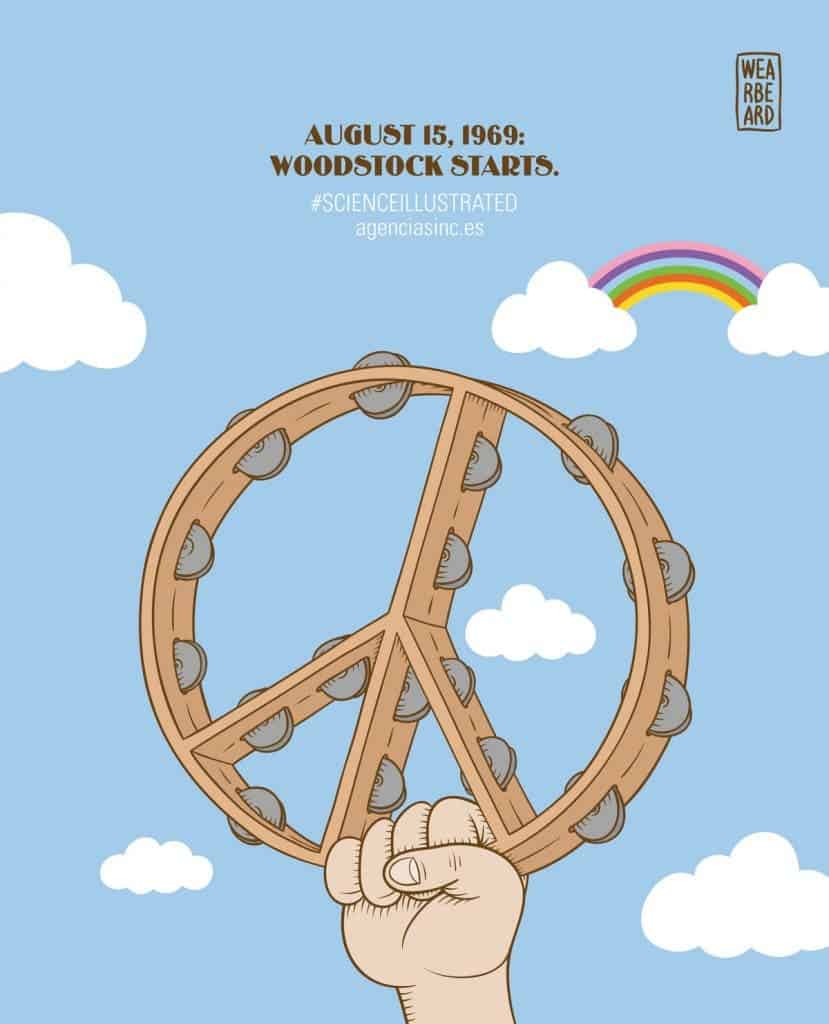 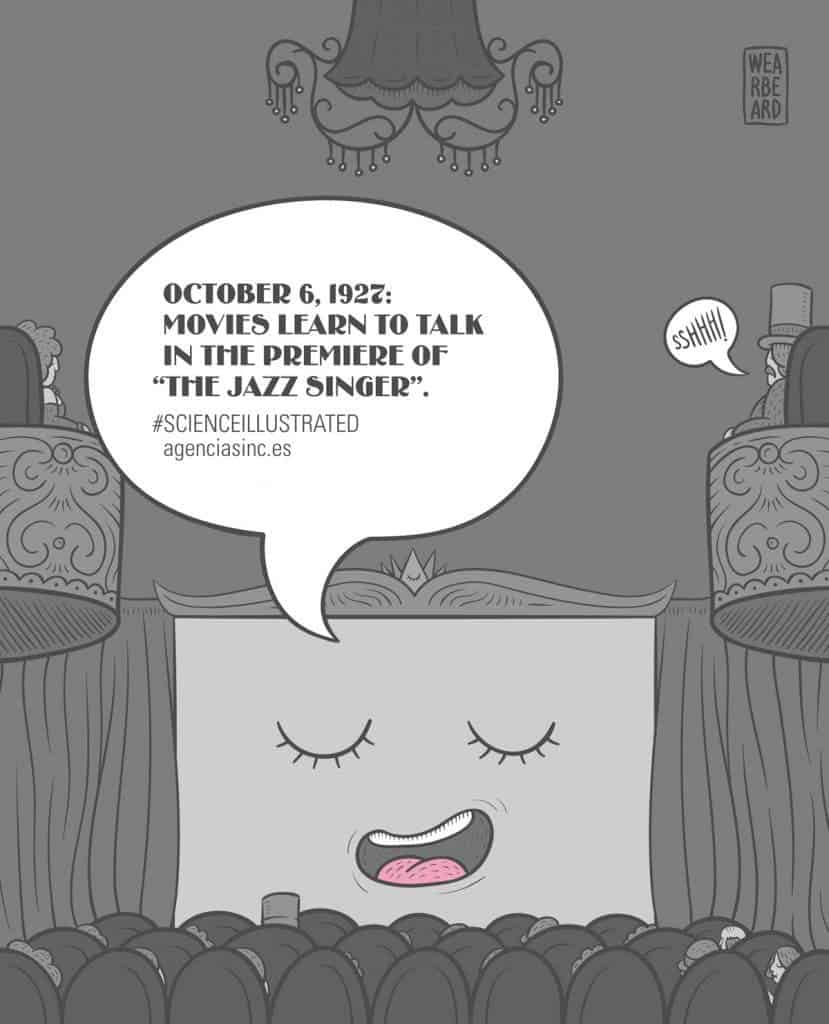 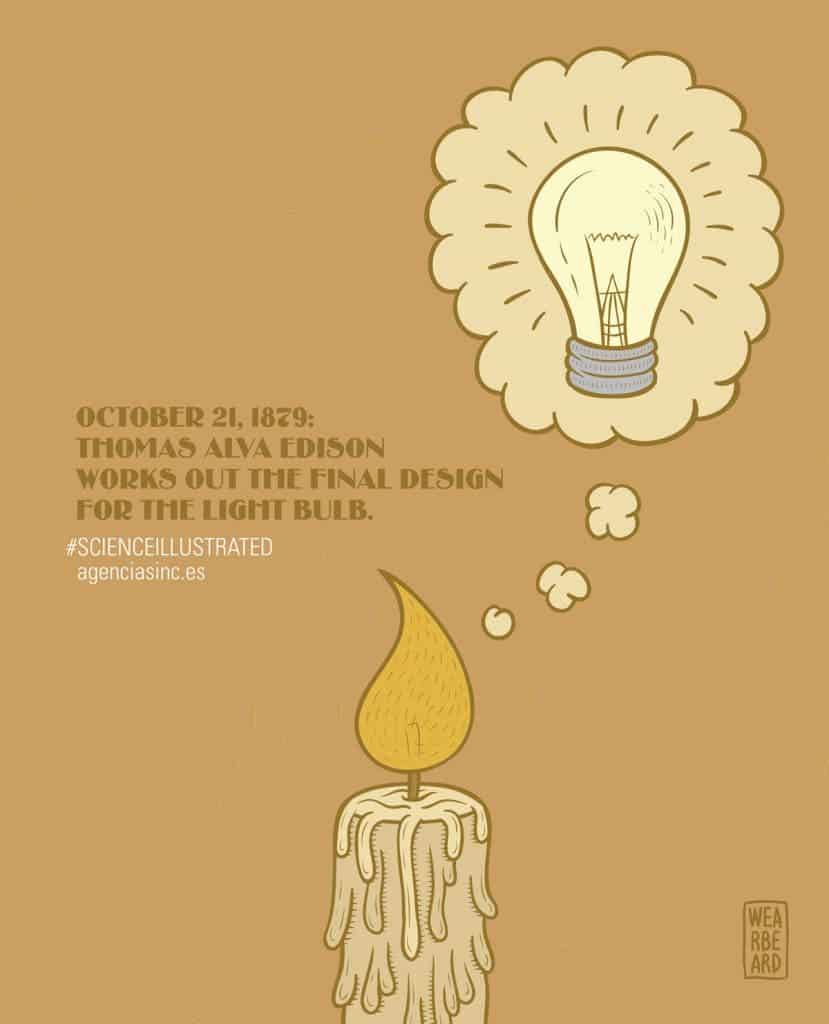 WEARBEARD emerged in 2005 as a sticker created in order to promote the beard as a metaphor for independent thinking. Those stickers still exist today, even though in time wearing a beard has become something as unsurprising as wearing pants. Today that idea has turned into some kind of alias for its creator to sign his work as a painter and illustrator.

Nowadays, WEARBEARD spends his time working on purely artistic endeavors, advertising commissions and editorial efforts such as his remarkable ongoing informative project for the Spanish Foundation for Science and Technology (FECYT). During 2013 he published weekly in Spain’s leading newspaper El País, and recently he started sculpting using ceramics. In the few time left, he also plays bass in the Madrid-based instrumental rock band Billy Bob Dillon. 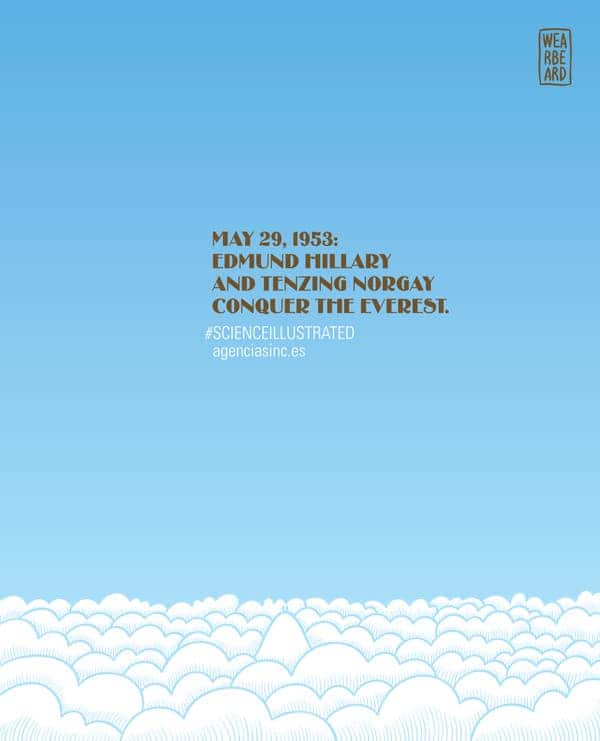 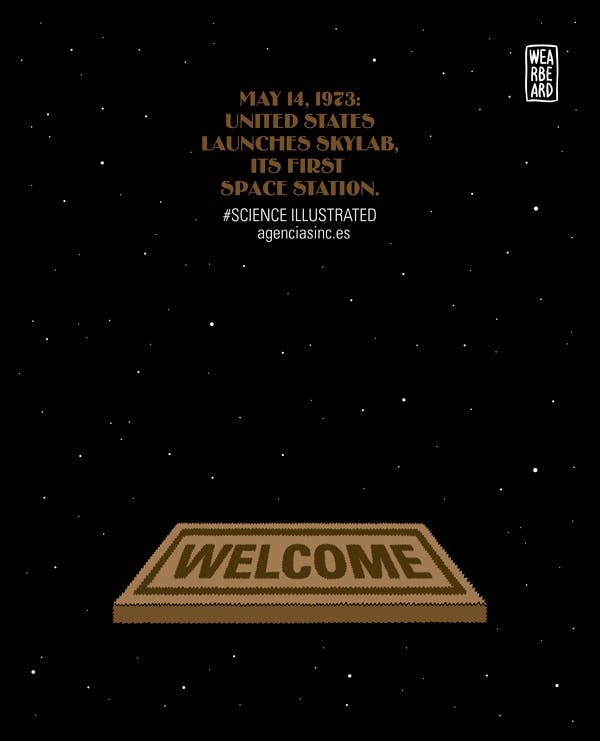 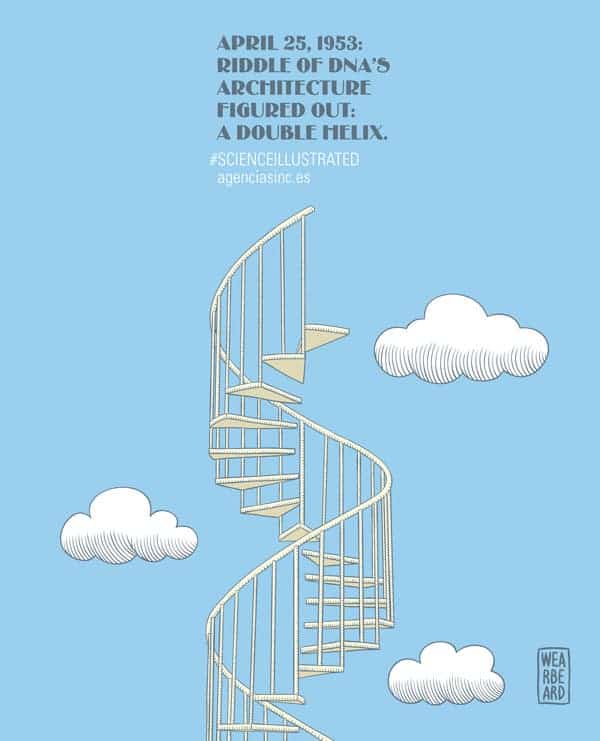 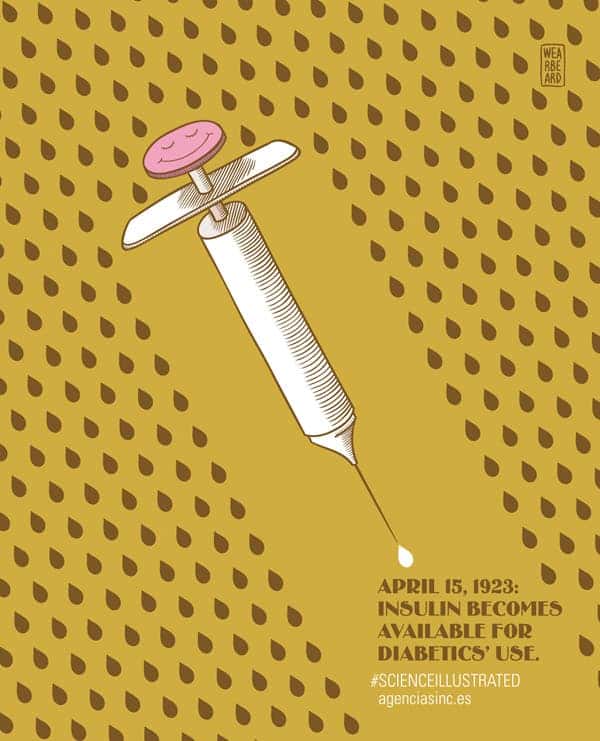 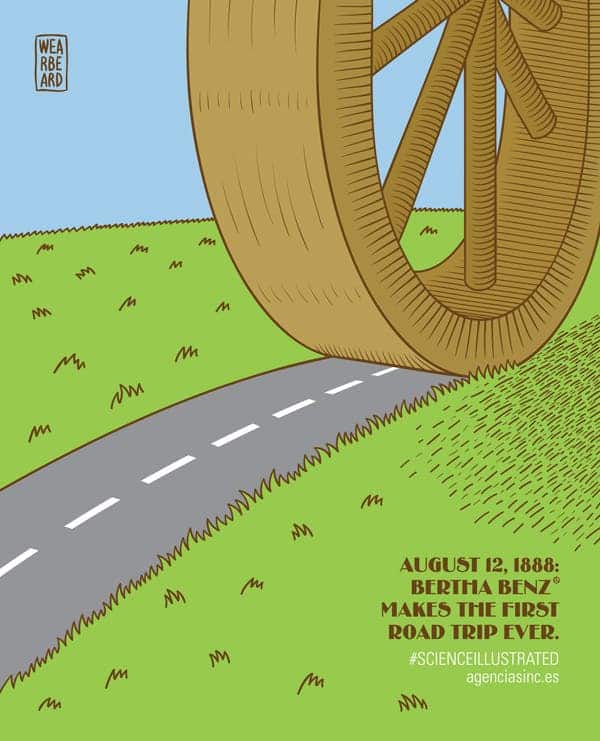 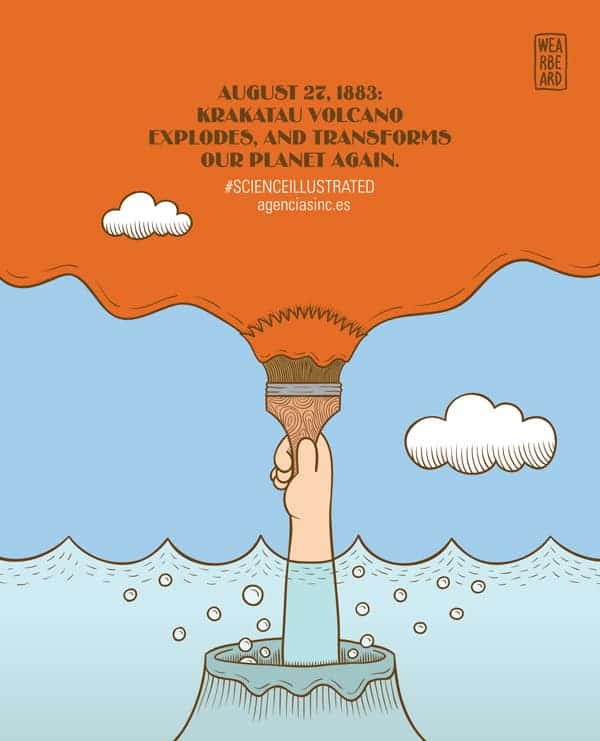 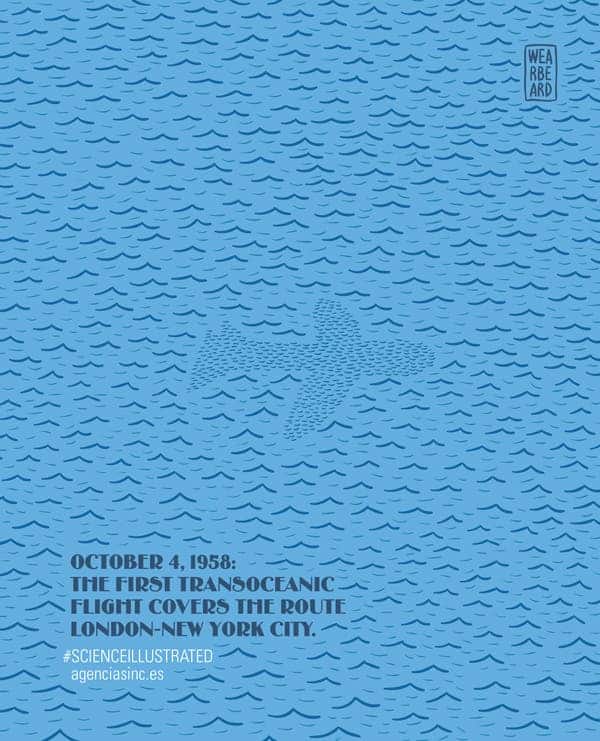 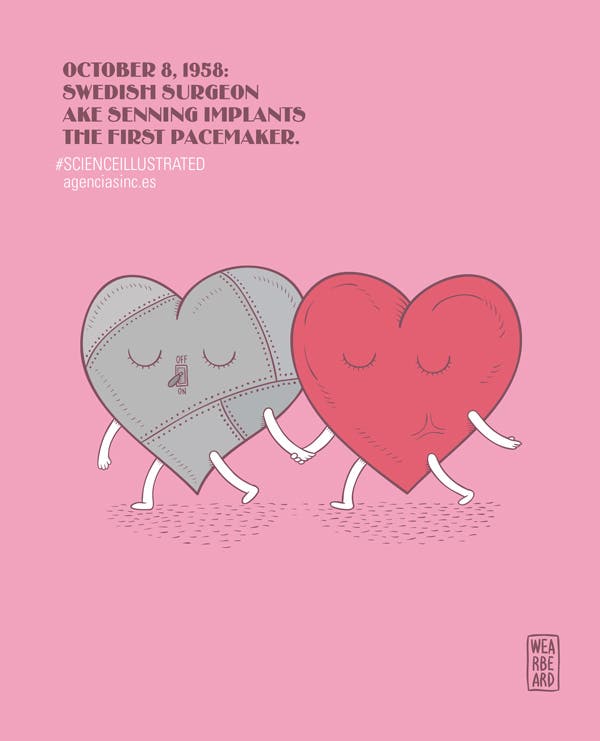 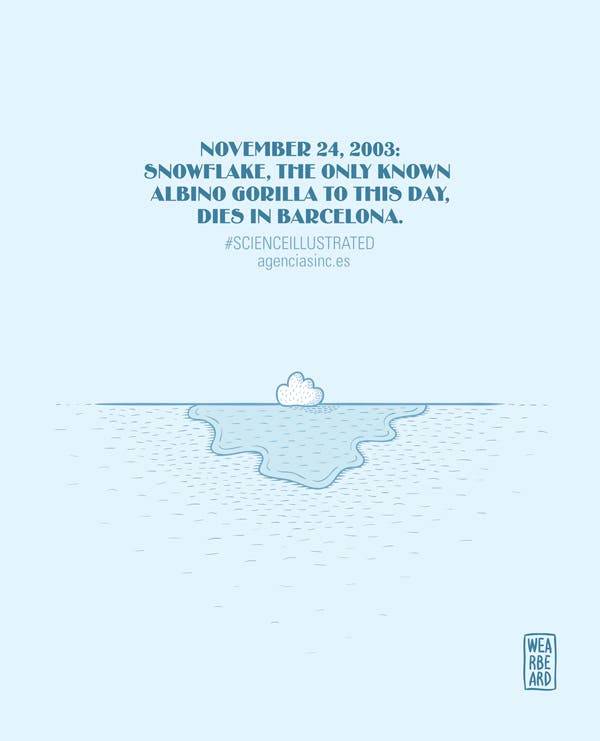