GeoPicture of the Week: Snow-Covered Volcanoes Seen From Space 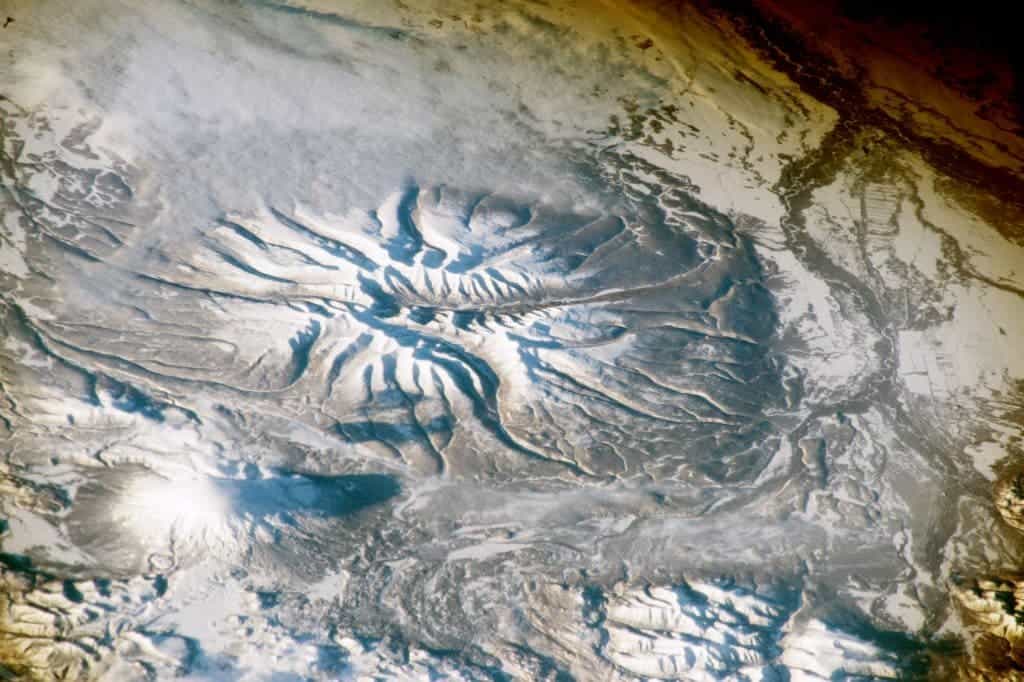 The picture was taken by an astronaut aboard the International Space Station (ISS), focusing on two snow-covered volcanoes in Russia’s Far East. The volcano in the center of the image is called Bolshaya Ipelka and it measures 40 kilometers (25 miles) at its base. The volcano has been inactive for a long time, but the valleys cut by glaciers along its side during the past million years are still very visible.

The much smaller Opala stratovolcano has a cone that measures 14.5 kilometers (9 miles) at the base is still active. This is still visible in its classic cone shape. In this uneroded state, Opala stretches to a much greater altitude (2475 meter or 8,120 feet) than Bolshaya Ipelka. Over the years, astronauts have taken several pictures of Kamchatka, the Russian peninsula in which the volcanoes lie. Kamchatka is very active tectonically and of much interest to geologists.