A while ago, we were telling you about the Iranian man who lives alone in the desert and hasn’t washed in 60 years; today’s story is similar, but very different. New footage has revealed insight into the life of Daniel Suelo – the man who has chosen to live without money for the past 12 years in a cave in Utah. 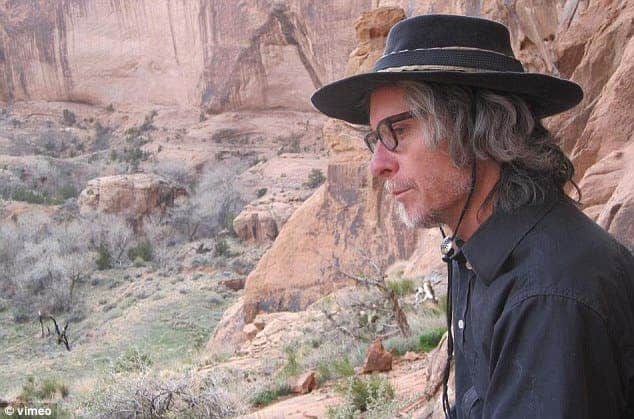 His story was pretty well known and inspiring for many Americans, but he went off the radar in the recent years, and nobody really knew what was going on with him. Mark Sundeen, author and friend of Daniel, has written a biography about his lifestyle after following him closely for several years, but even he admits losing contact with Daniel in the past years.

The man who quit money from Sacred Resonance on Vimeo.

Suelo is now 51, and he gave up using money in 2000, leaving his last $30 in a phone booth, and walking into the desert to start a new life in Moab, Utah. However, for a man who lives outside the monetary system, Suelo is pretty connected – he has a blog where he constantly writes; recently, he left the desert to visit his parents and celebrate his father’s 86th birthday. It’s pretty interesting to read. 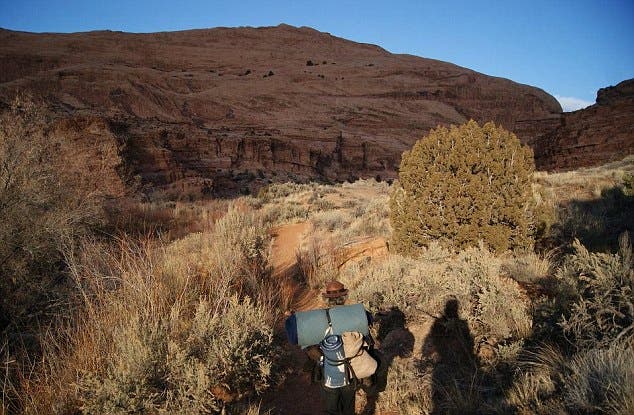 ‘I don’t use or accept money or conscious barter – don’t take food stamps or other government dole. My philosophy is to use only what is freely given or discarded and what is already present and already running (whether or not I existed). Our whole society is designed so that you have to have money,’ Suelo added. ‘You have to be a part of the capitalist system. It’s illegal to live outside of it.’

In the past years, he has set up a rather cozy home in a cave, 200 feet across and 50 feet tall, on the edge of a cliff in the Arches National Park, Utah. He carved a bed out of rock, foraged for food, drank from springs and bathed in a creek. He often eats cactus or wildflower seeds, and wants to keep his ecological footprint as small as possible. Any hiker is welcome to share his home, the books that he reads, and whatever food he eats. 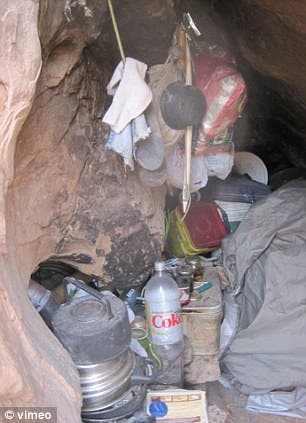 So what do you think about this? He is clearly an educated man with clearly defined beliefs – and dedicated to them. Is this a laudable example, or is it yet another crazy man living in the wild? I think there’s a lot to learn from his story – more than from the Iranian man. He seems happy – and maybe that’s the most important thing. As always, I’m looking forward to hearing your opinions.