Our little study: No, 9 out of 10 people don’t see the same word

Look at this image – what’s the first word you see? 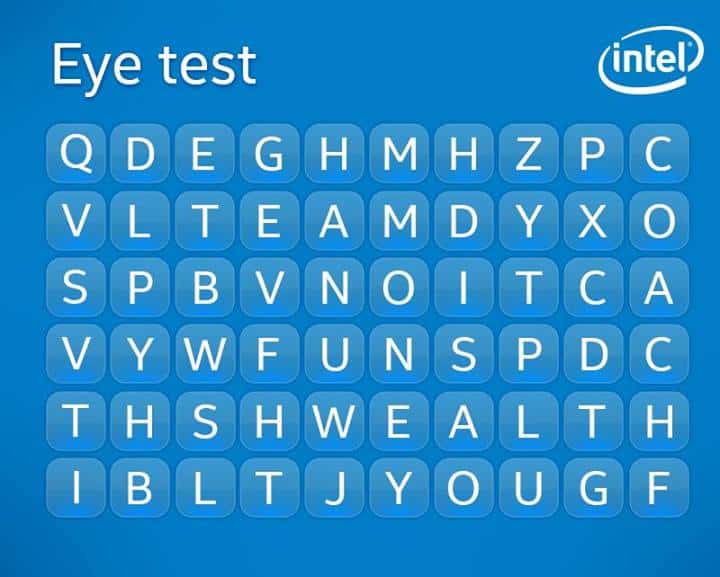 According to some (unscientific) sources, 9 out of 10 people see the same word. This has been spammed all over the internet and even snuck its way into some medical and psychological cabinets, but I had a feeling it’s hogwash – and you (yes, you, our wonderful readers) helped prove that.

First of all, I couldn’t find any scientific source. I couldn’t even find a semi-serious source for this. Chasing this was like running around in circles, and I couldn’t get to the bottom of it. Second of all, it seems like one of those made up things that internet is full of. So in order to verify the validity of this claim, we tested it. How did we test it? Well, on Facebook, of course.

Our post generated a huge response, with 150 comments in some 2 hours, and while 150 isn’t quite a huge sample size, it’s enough to see the patterns. So what words did you guys find?

I felt like there wasn’t a need to go further with other words (personally, the first word that came to my eye was “Tea”).

As I said, 150 comments is not a fantastic sample size, but the pattern is clear – there was no clear word which stood out from the others. There were some words which tended to be seen less (like Tea or Team or Money), but all in all, no big favorite emerged.