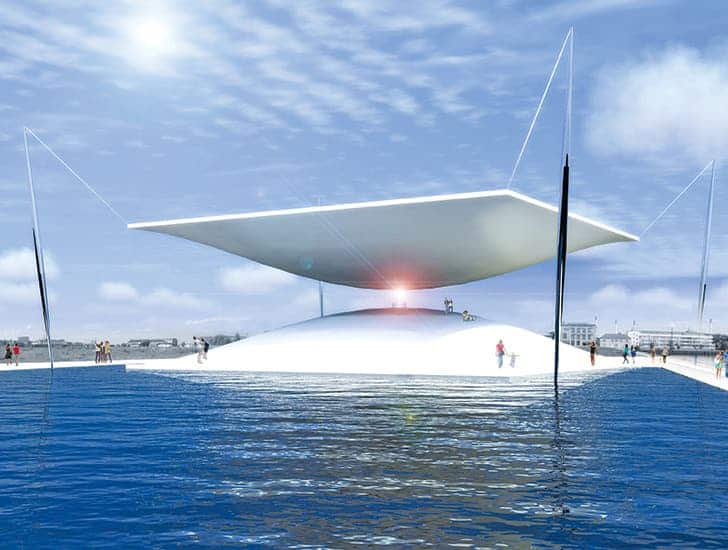 Every year, the Land Art Generator Initiative (LAGI) in Copenhagen welcomes renowned designers and engineers to submit designs that integrates renewable energy in harmony with citizens, nature, and the urban environment. This year’s winning entry is a fantastic solar power array that takes the form of a hourglass, unveiled by Argentina-based designer Santiago Muros Cortés. The project, if constructed, would power 1,000 Danish homes right off an industrial brownfield site across the harbor from Copenhagen’s iconic Little Mermaid statue. Both landmark artwork and power generator, the hourglass is set to be a tourist attraction that inspires people to take action against climate change… until it’s too late. 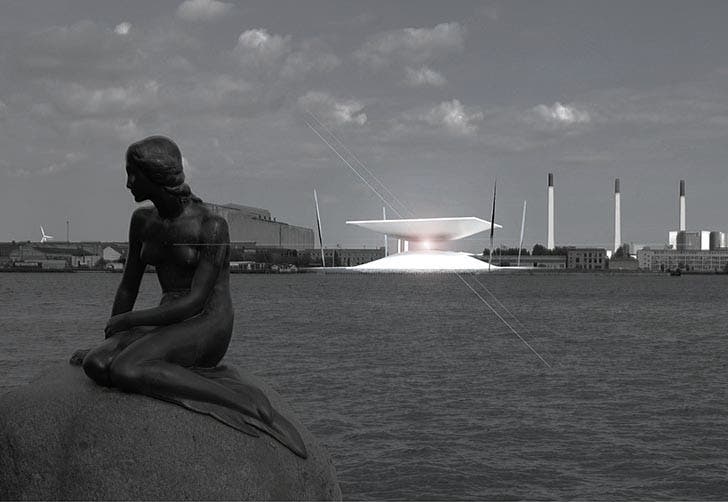 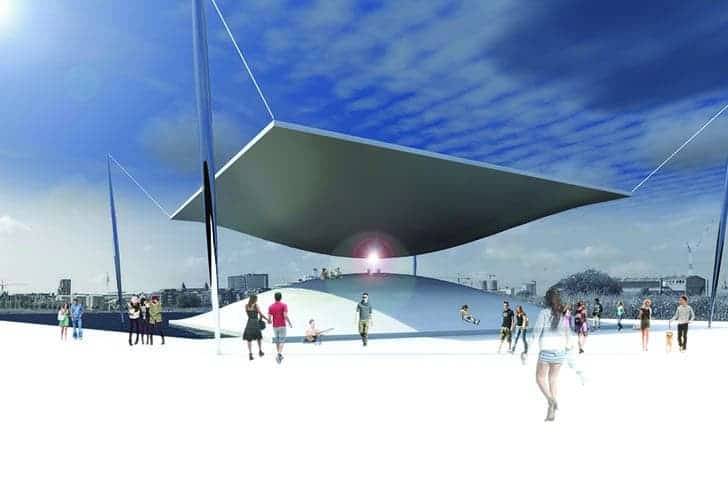 Second place went to the Quiver by Mateusz Góra and Agata Gryszkiewicz from Poland – a tall tower set amidst a field of Miscanthus biofuel crops. Miscanthus (commonly known as Elephant Grass) is a high yielding energy crop that grows over 3 metres tall, resembles bamboo and produces a crop every year without the need for replanting. The rapid growth, low mineral content, and high biomass yield of Miscanthus increasingly make it a favourite choice as a biofuel, outperforming maize (corn) and other alternatives. 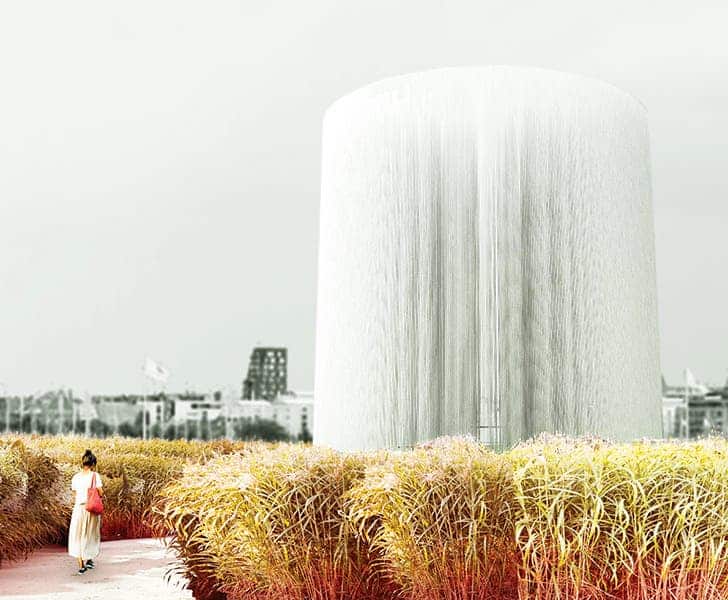 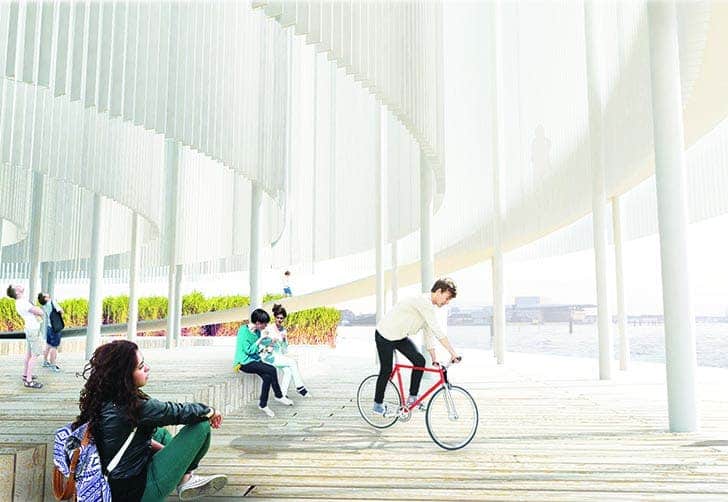 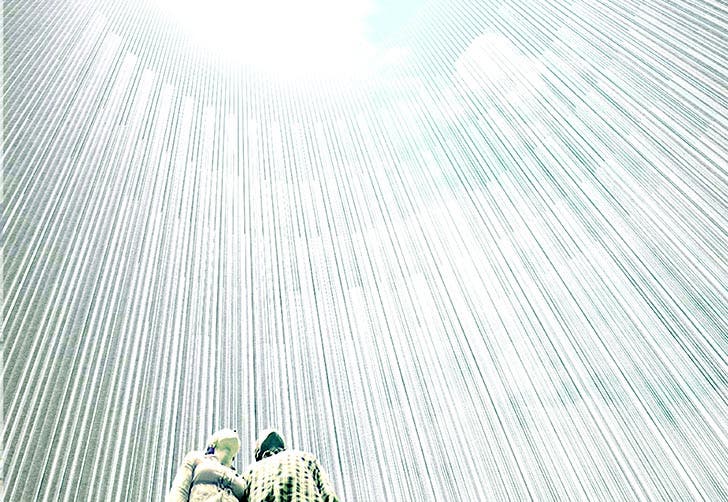 Set at the far end of the park, right by the water, the tower is envisioned as a new Copenhagen landmark, integrally powered by biofuel and aeroelastic flutter . Visitors may enter the tower and take an elevator right to top to enjoy a panoramic view. At night, powerful LED lights guide ships coming to and fro Copenhagen’s busy harbor. 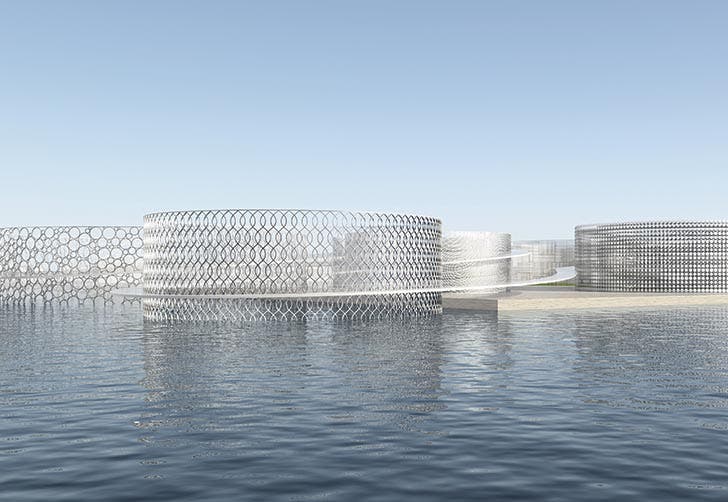 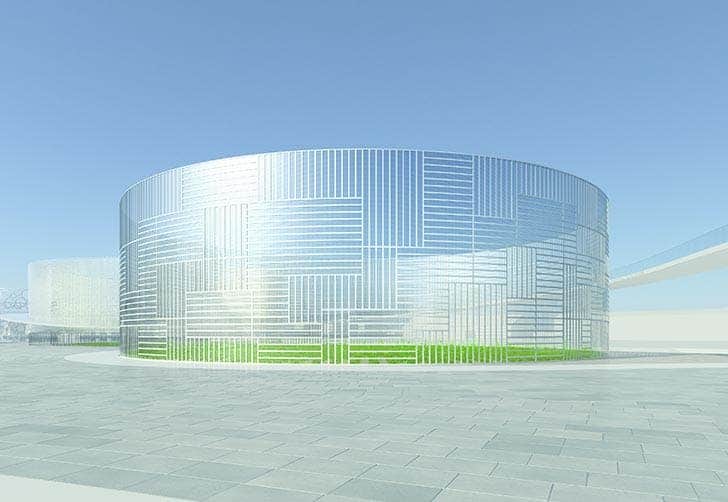 Antonio Maccà and Flavio Masi from Italy came in third with their  “eMotions” project – a huge, yet eery power generation field comprised of ten distinct areas: the river, the beach, the marine house, the sand dune, the lake, the farm, the arctic, the grassland, the forest and the city. This giant park is meant to generate a whooping 2000 MWh from photovoltaic panels, micro-scale vertical axis wind turbines (VAWT) and horizontal axis wind turbines (HAWT), stacked ceramic multilayer actuators, and piezoelectric wind energy systems. 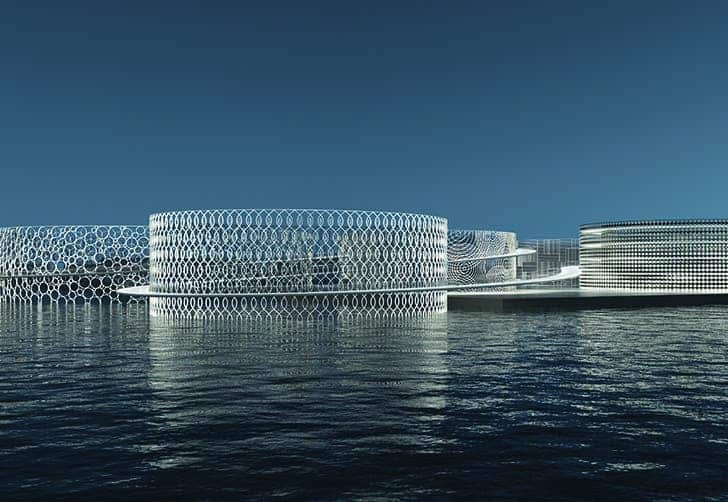 The whole park was designed to look like a giant generator, with the walkways meant to look like the belts of a genuine mechanical power generating system. 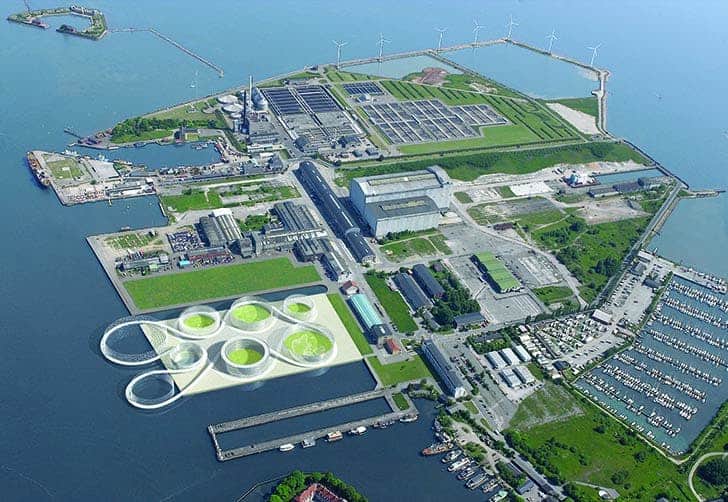 While the Hourglass takes first place for the best combination of renewable energy and art, personally I find the eMotions projects the most ambitious out of all the three hundred interdisciplinary teams from 55 countries that entered LAGI this year. 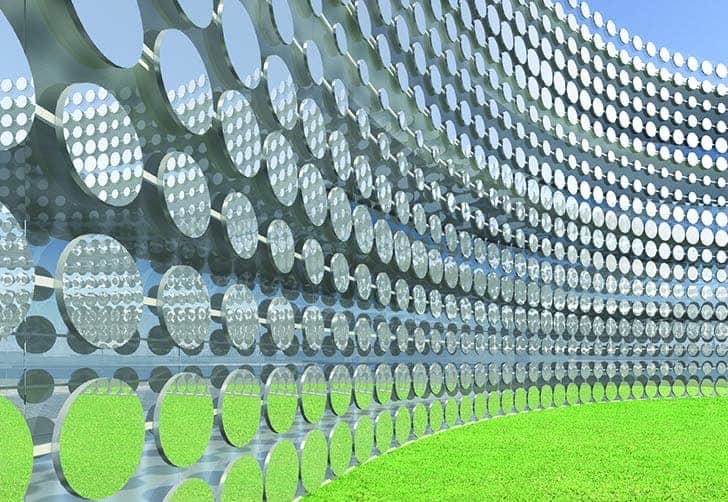 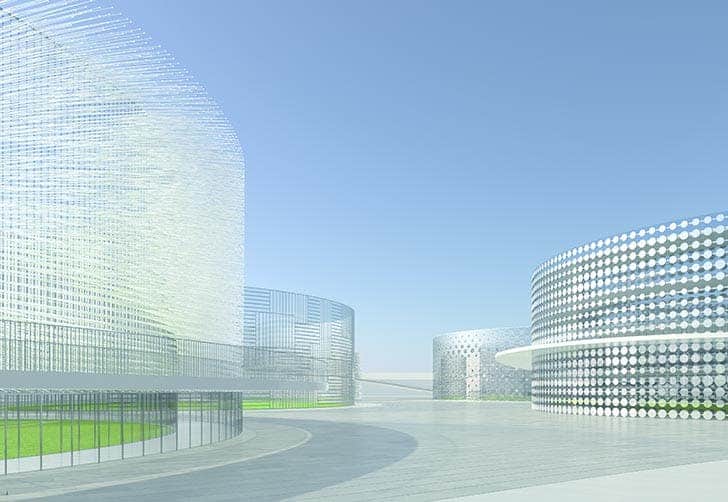 Tomorrow, October 3rd, the winners will be awarded during a special ceremony. 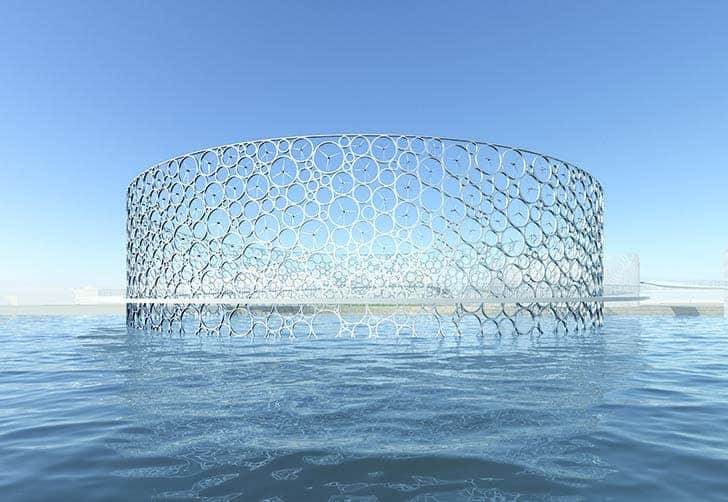