Of Elephants and Extinction: Reflecting Back 220 Years

by Contributing Author
in Animals, Feature Post
A A

This is an article by Julie Tolman Thompson, Associate Professor, School of STEM at American Military University.

April 4 commemorates a significant date in the history of science. On this day in 1796, at the opening of the National Institute of Arts and Sciences in Paris, naturalist Georges Cuvier (1769-1832) read one of his papers comparing living Indian and African elephants to fossils like mammoths1. He concluded that the fossils were too different from living elephants and must be from animals that lived in prior times in the history of the Earth.

While extinction is seemingly obvious to us today, it was not agreed upon in the late 1790s. The work of Cuvier ended the debate confirming the reality of biological extinction, and promoted the fields of paleontology and comparative anatomy. 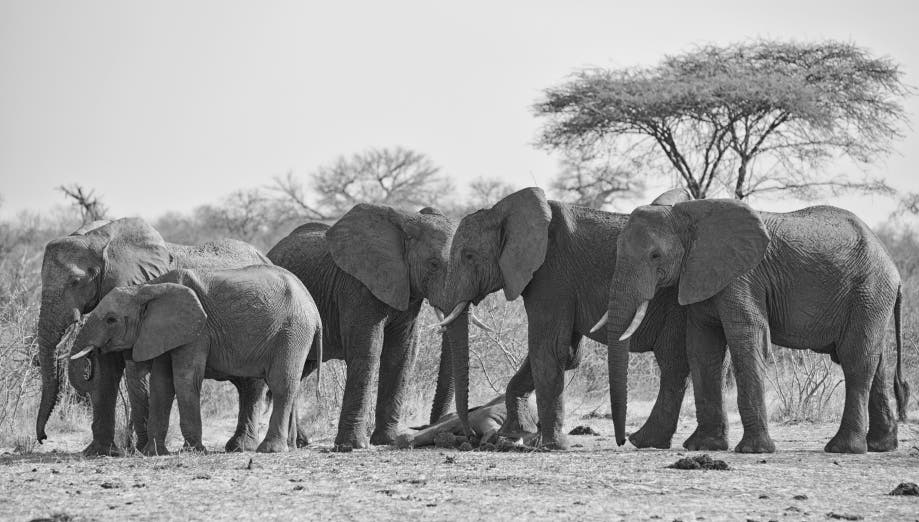 Another idea that Cuvier proposed was that of catastrophism — the idea that throughout the history of living things on Earth, species became extinct due to great catastrophes. This idea was not readily accepted by scientists of the time, such as Charles Darwin and Charles Lyell, who thought geology was a more gradual process that caused gradual extinctions. Gradualism continued to be the primary working dogma in paleontology and evolution for quite a while.

Today, we understand that both gradual and mass extinctions have played a role in the history of life on the planet. Species go extinct at a relatively constant and gradual rate or “background extinction rate”.

However, there have been several mass extinctions in the history of the Earth with significant consequences. For example, the mass extinction 65 million years ago called the Cretaceous-Tertiary extinction marked the end of the dinosaurs. Today, some have proposed that we are at the brink of another mass extinction, and this time it is man-made. This idea is laid out by Elizabeth Kolbert in her book The Sixth Extinction: An Unnatural History2. Recently, Stanford scientist Paul Ehrlich and his colleagues presented data that shows the current extinction rate is 100 times faster than the background extinction rate3.

I am a professor of biology and much of my career has involved endangered and rare species. My students are passionately interested in conservation and environmental science. In conversations with them, I recount my tales of endangered species from stalking the desert in search of bear-claw poppies, searching gopher tortoise burrows for indigo snakes, and cataloging the local distribution of bat species, my most recent work. I face the reality of extinction that Cuvier described 220 years ago and the one Kolbert and Ehrlich describe today on a daily basis.

As I reflect on how much the world of science has changed since extinction was first fully accepted, it is ironic that the very animals used to end the debate on extinction in 1796 are at risk of permanently disappearing today. African and Indian elephants both face critical threats to continued survival of their species. Habitat loss and a fierce illegal ivory trade has fueled the even more rapid loss of elephant populations. Although ivory is banned and listed in the Convention on International Trade in Endangered Species of Wild Fauna and Flora (CITES), it is not fully effective in slowing or halting the decline of elephant populations.

For example, in central Africa 100,000 African elephants were illegally in just three years, punctuated with mass killing events like one of hundreds of elephants in 20124. Seventy-five percent of elephant populations are estimated to be declining5. Clearly, the process of extinction is at hand and if the appetite for ivory chopsticks and other trinkets does not decline, elephants will become extinct in the near future6.

In 1796, Cuvier established extinction as a process. But since then we have begun to understand much more about the process of extinction as we collect data from the past and present. As we stand at the precipice of the sixth mass extinction, where will the next 220 years take us? This is a question I will definitely continue to teach and talk about.

Julie Thompson is a science educator and has also worked as a scientist in both the government and business sectors. Her education and expertise are in biology, environmental science, ecology and evolution. She is an Associate Professor at American Public University System.