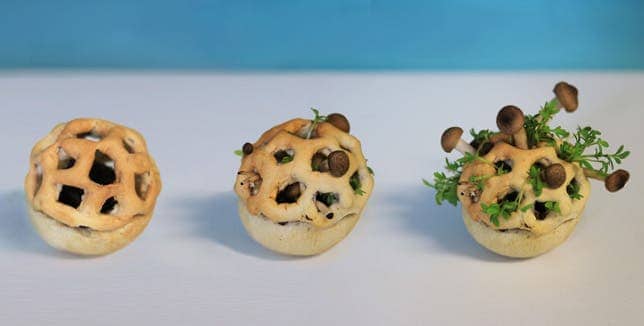 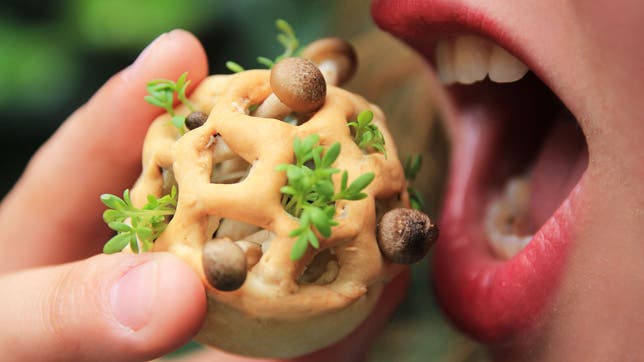 We’ve written a lot about how 3D printing can (and has already started to) change our world – but food wasn’t exactly what I had in mind. Now, food designer Chloé Rutzerveld has developed a concept for “healthy and sustainable” 3D printed snack – she prints snacks that sprout plants and mushrooms for flavour.

“Edible growth is exploring how 3D printing could transform the food industry,” she says in a presentationmovie. “It is about 3D printing with living organisms, which will develop into a fully grown edible.”

So the process here involves 3D printing shapes containing a mixture of seeds, mushroom spores and yeast, which will start to grow in a few days. Each of the edible structures also contains an edible centre of agar – a gelatinous substance that provides the nutrients the seeds and spores need to develop. It takes them a few days to grow, but as they grow, they also develop the flavor throughout the entire structure. It’s technology and biology joining hands to develop a tasty and nutritious snack. 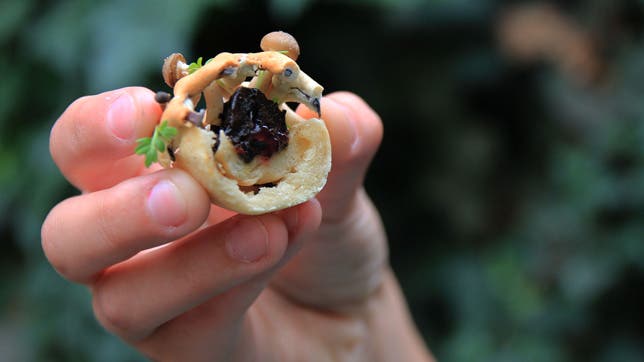 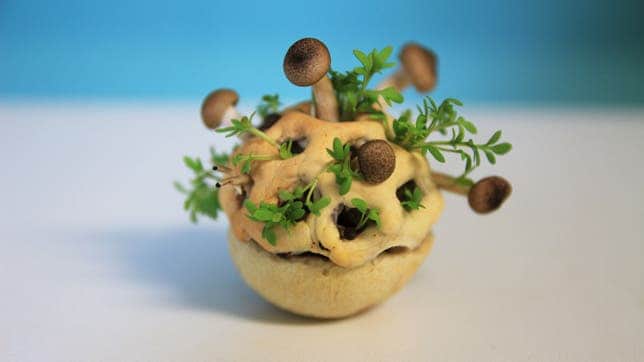 “As it comes out of the 3D printer you can really see the straight lines of the technology,” she says. “But as it develops, you can see organic shapes. You can see the stages of growth and the development of taste and flavour.”

“By 3D printing food you can make the production chain very short, the transport will be less, there is less land needed,” says Rutzerveld.”But also you can experiment with new structures. You can surprise the consumer with new food and things that haven’t been done before.” 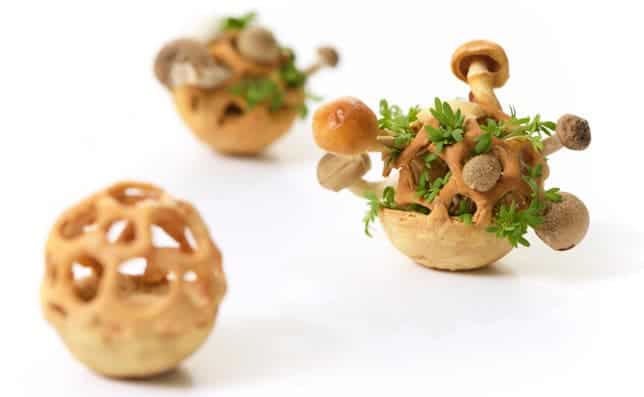 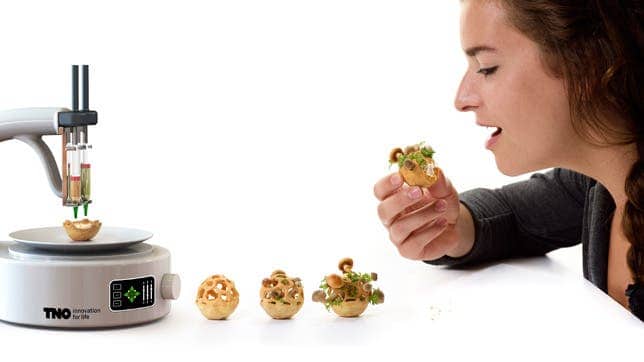 They’re also quite healthy… well, as healthy as pastry can be.

“A lot of people think industrialised production methods are unnatural or unhealthy,” Rutzerveld says. “I want to show that it doesn’t have to be the case. You can really see that it’s natural. It’s actually really healthy and sustainable also at the same time.”

However, I’m a bit skeptical; of course, you 3D print the structure and that’s all fine, but you still need the spores, agar and yeast – and you still need to get them from some place, which involves transportation – so while this may reduce transportation costs and energy expenses (because spores are easier to move around than mushrooms), you still have to move them, and you have to store the entire thing for a couple of days… so you’re still left with a significant energy price tag.

But no matter how it is, I think it’s a creative idea, and one that might definitely make a difference  – at least for some consumers. But it will take several years before this hits the shelves in a big way, as Rutzerveld herself admits.

“It will take at least another eight to ten years before this can be on the market,” she concedes. “The technologies really need to be developed much further.”

Eight to ten seems like a bit too much though – 3D printing is constantly developing, so I’m expecting something like this to become available within 2-3 years.