Every six hours, the NSA collects data the size of the Library of Congress 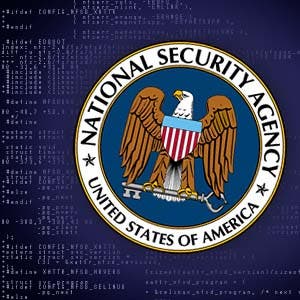 With the whole Osama operation that’s been dabbling all over news right now, intelligence and surveillance is coming to mind to a lot of people, not just the paranoid. During this time, agencies like the FBI, CIA or NSA have all delivered various press releases detailing the event, praising the valient action of this delicate joint intelligence operation. The later however, dropped a jaw dropping number in its typical casual matter: every six hours, the agency collects as much data as it is stored in the entire Library of Congress.

That’s something to think about. If you put it in perspective, the Library in Congress isn’t that large – at  20 million books stored by the LC, each zipped to 1MB, it would add up to 20 TerraBites, a number often quoted when the data stored by the LC is concerned. However, this is quite a deceiving number since the LC has millions of photos, maps, films and other material stored. The real amount would add up to roughly 3 petabytes (3,000 terabytes), and every six hours the NSA collects this amount.

It’s not clear if the amount is stored or just processed and then some of it dumped, but it’s still a whopping fact – a very expensive one. By law, the NSA’s budget isn’t made public but expect something monstrous. The data the NSA gathers includes transcripts of phone calls and in-house discussions, video and audio surveillance and a MASSIVE amount of photographs.

Much of the data gathered is filled by recorded phone calls containing various keywords, anything from “cocaine”, to “bomb”, and one can only wonder how the NSA can process this kinda of immense and expensive volumen of data. The truth is, they can’t.

“The volume of data they’re pulling in is huge,” said John V. Parachini, director of the Intelligence Policy Center at RAND. “One criticism we might make of our [intelligence] community is that we’re collection-obsessed — we pull in everything — and we don’t spend enough time or money to try and understand what do we have and how can we act upon it.”

And you thought your DVDs with Seinfeld were filling your HDD, huh?