by Tibi Puiu
in Other, Science
ADVERTISEMENT 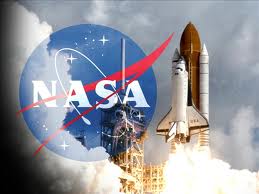 NASA’s Inspector General’s Office says an investigation is under way after a white powdery substance found at the Kennedy Space Center tested positive for cocaine.

I wanted to insert some puns somewhere in this post about astronauts, cocaine, high and outer space, but by the time I finished researching for this post I remembered that N.A.S.A. is through some though times at it is.

“Law enforcement personnel field tested the substance, which indicated a positive test for cocaine,” said Renee Juhans, an executive officer with the office.

“The substance is now at an accredited crime lab for further testing,” she said.

The find was made last week when a small bag containing 4.2 grams of white powdery substance, which wouldn’t you know it turned out to be cocaine, was stumbled upon. Embarrassing enough, this wasn’t a premiere for N.A.S.A. either, as last year a small quantity of cocaine was found as well, this time in a secure part of a hangar that housed space shuttle Discovery. That time almost 200 space shuttle workers were tested for drug use, but no one was found positive. The investigation was eventually closed without any disciplinary or legal actions.

NASA has a zero-tolerance drug policy. All employees may be randomly tested. It is not known whether any employees have been asked to submit to drug testing in this investigation.