by Mihai Andrei
in Art, Great Pics
Reading Time: 2 mins read
A A
Share on FacebookShare on TwitterSubmit to Reddit 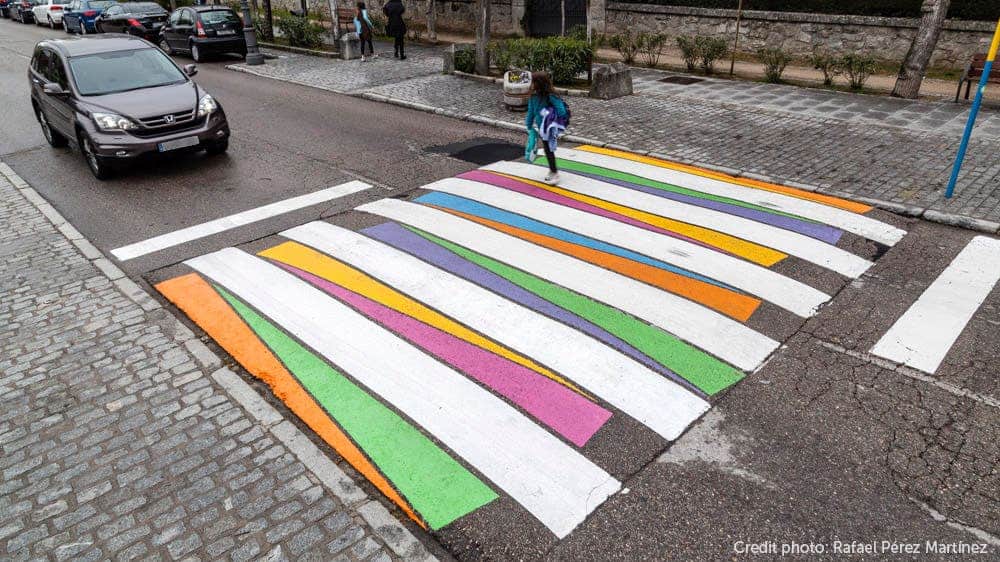 Street crossings are ubiquitous in all cities. We see them every day, but we don’t really look at them. After all, they’re just another utility aspect of a grey area – black and white lines that indicate where you can cross the street. But Bulgarian artist Christo Guelov saw an opportunity here. 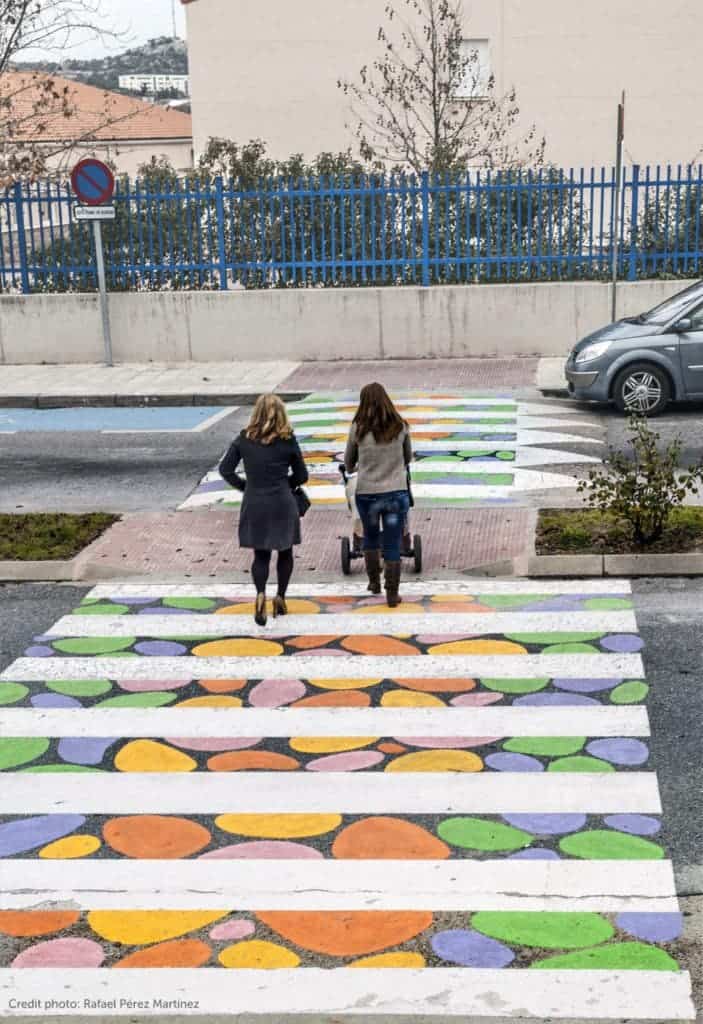 He wondered how mundane crossings can be turned into a thing of beauty, something people can appreciate, while also providing the same utility. The thing is, you can’t do a lot of art around street crossings, otherwise they’d lose their street crossing-esque look, and no one wants that, so Guelov played with colors.

“I chose crosswalks, because it is a universal icon. Worldwide crosswalks are marked in the same way. The artistic intervention, visually underlines this site without changing its road signage,” he told ZME Science. 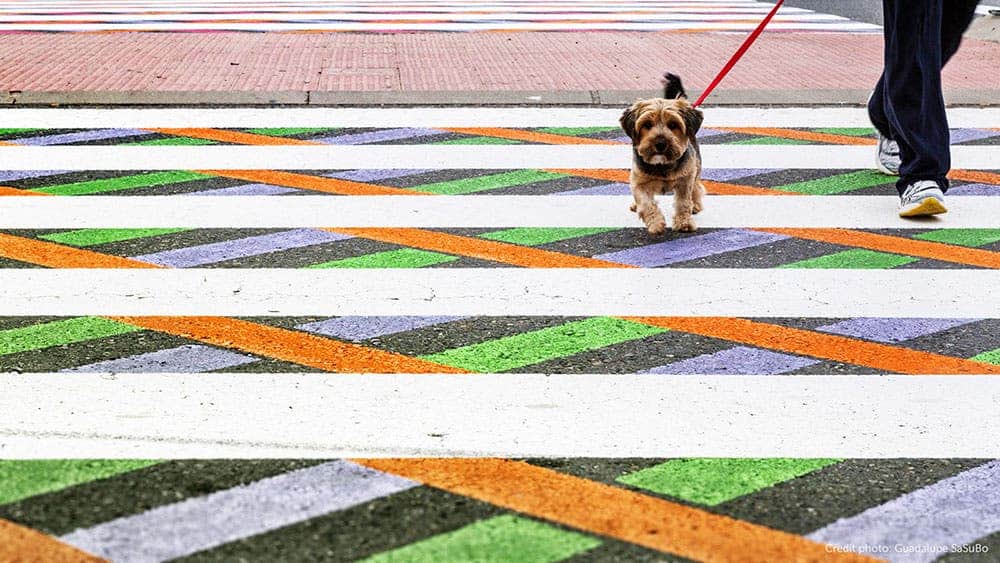 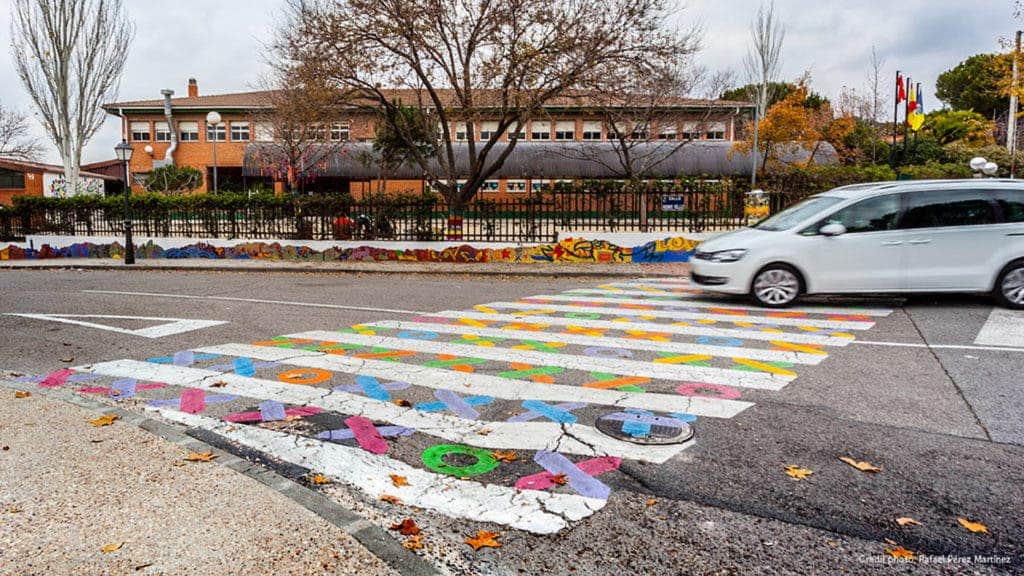 He transformed dozens of street crossings in Madrid, Spain’s capital, as part of his series Funnycross. He created friendly, colorful geometric patterns to brighten up the pedestrians’ day.

As expected, the people loved it.

“Based on the experience gained during more than a year since the first phase of the intervention was done, I’d say that the impact on users is positive. I received thanks from collective visually impaired by the initiative.”

You can see more of this work on his website. 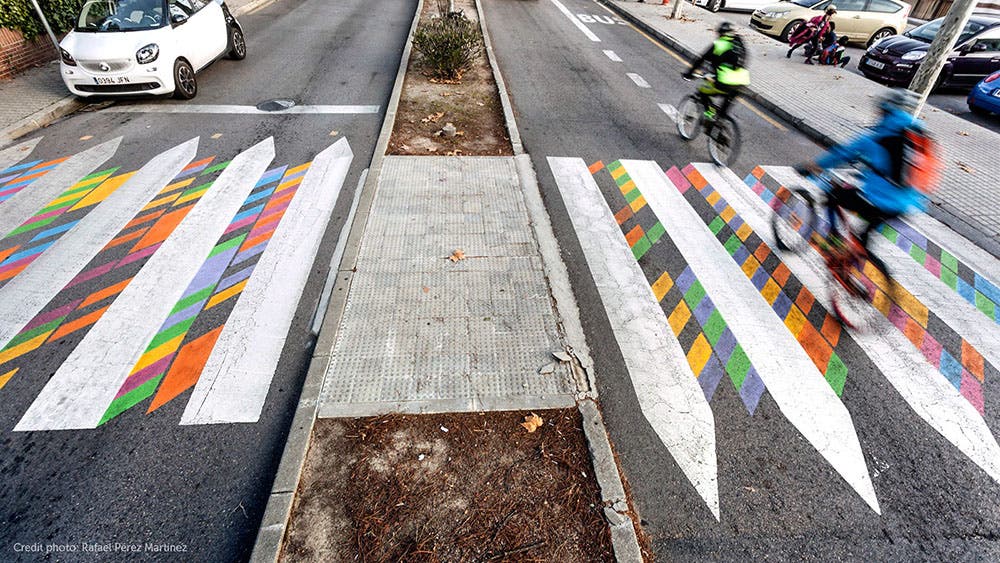 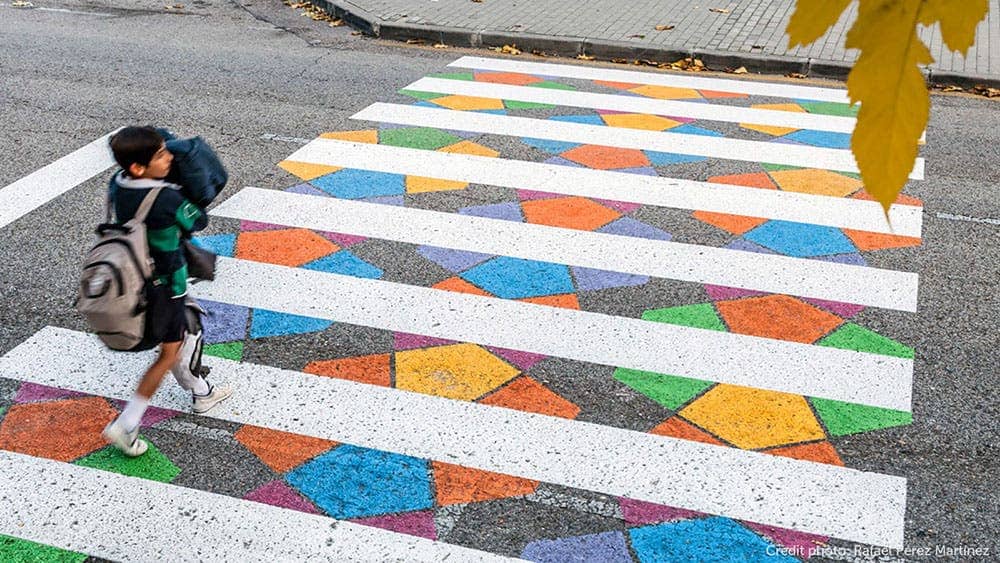