by Tibi Puiu
in Alternative Medicine, Health & Medicine
A A 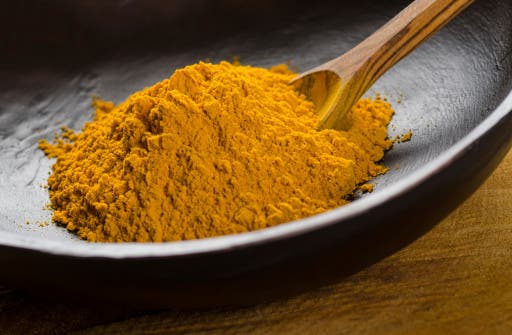 Thalidomide was released into the market in 1957 in West Germany and was typically prescribed as a sedative, used to cure “anxiety, insomnia, gastritis, and tension”. Afterwards, it was used against nausea and morning sickness for pregnant women. Turmeric is a herb which originated from India, related to ginger; it has a long history not only in the kitchens, but in traditional remedies as well – it has been recently suggested that turmeric could be very effective against cancer, arthritis and Alzheimer’s disease. According to the American Cancer Society, laboratory studies have shown that curcumin, an active ingredient in turmeric, inhibits cancer-forming enzymes in rodents.

“Although thalidomide disturbs the microenvironment of tumor cells in bone marrow, it disintegrates in the body. Curcumin, also active against cancers, is limited by its poor water solubility. But the combination of thalidomide and curcumin in the hybrid molecules enhances both the cytotoxicity and solubility,” says the study’s lead researcher Shijun Zhang, assistant professor in the Department of Medicinal Chemistry at the VCU School of Pharmacy.

The point here is that both these two molecules, separately, somehow contribute to the fight against cancer. But when working together, their effect is much greater than the sum of the individual effects:

“Overall, the combination of the spice and the drug was significantly more potent than either individually, suggesting that this hybrid strategy in drug design could lead to novel compounds with improved biological activities,” added Grant. “The results also strongly encourage further optimization of compounds 5 and 7 to develop more potent agents as treatment options for multiple myeloma.”