Antidepressant Paxil, thought to be safe, proven unsafe for teenagers

Fourteen years ago, a leading drug maker conducted a study which concluded that Paxil, an antidepressant, was effective and safe for teenagers. But now, a major medical journal published an analysis concluded the opposite.

Fourteen years ago, a leading drug maker conducted a study which concluded that Paxil, an antidepressant, was effective and safe for teenagers. But now, a major medical journal published an analysis that concluded the opposite.

“This paper is alarming, but its existence is a good thing,” said Brian Nosek, a professor of psychology at the University of Virginia, who was not involved in either the original study or the reanalysis. “It signals that the community is waking up, checking its work and doing what science is supposed to do — self-correct.”

In truth, if you’d read a study published or backed by the company that actually produces the drug, you’d be a bit skeptical, but the original study passed. The maker of Paxil, GlaxoSmithKline, stood by the original, considering what they knew in 2001 justified the results. But the authors of the new analysis claim that the Paxil study suffered from many issues, as many other clinical studies do. 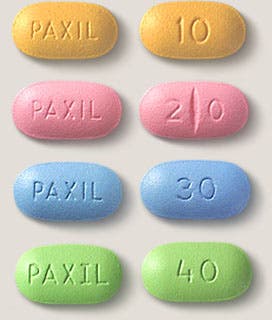 The GSK study of 2001 was instrumental in what’s called the antidepressant wars of the 2000s, which led to strong warnings on the labels, but still allowed them to be used. But over the years, it became clearer and clearer that Paxil was an addictive drug. Thousands of people taking or withdrawing from it have committed violent acts, including suicide, though no official statistics are published.

Testing antidepressants is risky and hard to control. First of all, your subjects are mentally volatile, and subjected to numerous external influences which are hard to control and take into consideration. Perhaps even more dangerous, many of the subjects (generally about a third) improve their conditions on placebo alone. Also, unimportant factors (like packaging or the way the doctor speaks) can play a huge role. Such was the case with Paxil.

GSK researchers split participants into three groups: one on placebo, one on Paxil, and the other one taking imipramine, an older generic drug for depression. The Paxil group didn’t do anything better on the study’s main metric, but did better on “secondary measures” as the authors reported – mostly based on mood. This circumstantial evidence is also important, but not as important as the primary ones.

But even right after the study was published in the Journal of the American Academy of Child and Adolescent Psychiatry,  other researchers started tearing it apart. No clear effects and mislabeling side effects – serious reasons, but Paxil still stood. Now, after this analysis, it remains to be seen whether the drug will continue to be deemed as safe and used by teenagers. But the critics are adding up, and seem to reach critical mass.

“When I first heard about this new analysis, I suspected it might be biased,” said Dr. Erick Turner, an associate professor of psychiatry atOregon Health & Science University, who was not involved in the report. “But I did my own analysis and found, as they did, no significant effect.” Dr. Turner added, “The only way to really know about adverse events is to dig into the patient-level data.”

The authors of the initial study have vehemently opposed this reassessment of their work.

“In summary, to describe our trial as ‘misreported’ is pejorative and wrong,” they conclude.