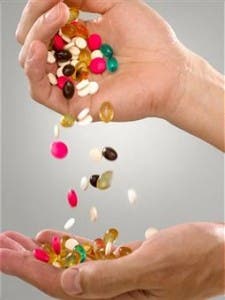 A recent study concluded a daily vitamin dose taken for years dramatically cuts the risk of cancer; the study was conducted on almost 15,000 men over 50 suggests. It’s not yet clear if the same would apply to younger men and/or women. The decrease was almost 10 percent.

“Despite the lack of definitive trial data regarding the benefits of multivitamins in the prevention of chronic disease, including cancer, many men and women take them for precisely this reason,” said Dr. Michael Gaziano, professor of medicine at Harvard Medical School and lead author of the study published today in the Journal of the American Medical Association. “Our study shows a modest but significant benefit in cancer prevention.”

In the study, about half the men took constant multivitamin doses, while the other half took a placebo. The biggest decrease was in prostate cancer, at 12 percent

“The main findings were a reduction in total cancers of 8%,” says researcher J. Michael Gaziano, MD, MPH, a researcher at Brigham and Women’s Hospital and Harvard Medical School. ”Our main message is that the main reason to take a multivitamin is to prevent nutritional deficiency,” Gaziano said at a news briefing today at an American Association for Cancer Research meeting held here.

This might not seem like a major decrease, but it most definitely is a significant one – especially as other significant aspects (such as smoking, regular exercise, etc), were divided equally into the two groups. The study was part of a larger effort to find out elements which can prevent cancer.