A recent study conducted by Norwegian researchers found that 8.3 per cent of the Norwegian work force is addicted to work to the point where it becomes a health issue. They show that workaholism is on the rise, and the odds are this phenomenon isn’t limited to Norway. 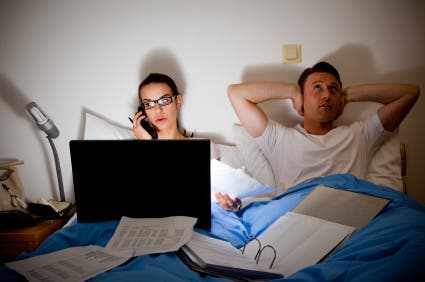 The term workaholic has two connotations attached to it – it’s either someone who enjoys work so much that he/she doesn’t want to detach from it, or someone who simply feels obligated, and just can’t stop working – even though he/she doesn’t enjoy it. Workaholism is often (ironically) associated with a decrease in productivity, and significant health risks. But even with these high risks, the phenomenon is rarely studied.

Postdoctoral Fellow Cecilie Schou Andreassen and colleagues from the Department of Psychosocial Science at the University of Bergen (UiB) in Norway has been the first to assess workaholism in a nationally representative sample. According to them, while you can study individual cases and learn from them, if you want to truly understand workaholism, you need a significant statistic analysis.

In order to create this analysis, they came up with 7 criteria to measure work addiction:

“If you reply ‘often’ or ‘always’ to at least four of these seven criteria, there is some indication that you may be a workaholic,” says Schou Andreassen. “This is the first scale to use core symptoms of addiction found in other more traditional addictions.”

I came up with 2 (maybe 2 and a half) out of 7, so I guess I’m fine. But 8.3 percent of working Norwegians aren’t – they’re addicted to work! Interestingly enough, there were no differences between genders, but younger people tended to work more than their elder counterparts.

“We did find that younger adults were affected to a greater extent than older workers,” says Schou Andreassen. “However, workaholism seems unrelated to gender, education level, marital status or part-time versus full-time employment.”

Workaholism is not treated as a condition in itself, but is sometimes associated with other syndromes. Researchers warn that if we want to treat this problem, we have to understand how to classify it first.

“As workaholism is not a formal diagnosis the development of treatment models and real treatment offers has been lacking. The fact that more than eight per cent of the general work population seems to suffer from workaholism underlines the need for proper treatment and other relevant interventions,” says Cecilie Schou Andreassen.

Scientific Source: Workaholism: the addiction of this century