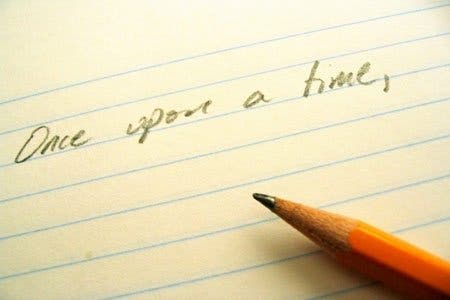 Using fMRI machines to peer into the brains of artists is not really a new idea, we’ve even done it to animals as well, so I was quite surprised to see that no one used them to analyze writers as they go through their creative process. But this is exactly what German researchers did now – analyzing not only experienced, but also novice writers – and the results are really interesting.

Setting up the study

Martin Lotze of the University of Greifswald and his team used an fMRI to track the brain activity of writers as they lay down to create a fictional story. The logistical challenge of this study was quite significant. Dr. Lotze wanted to have writers stand down and type their story, but you can’t bring a keyboard into the room, because the immense magnetic field from the fMRI would just hurl it through the room.

So they developed a custom built desk clipping a piece of paper to a wedge-shaped block as the subjects reclined. As they scribbled on the page, a system of mirrors let scientists see what they were writing, while the writers’ heads were wrapped inside the scanner.

They first established a base line, having writers copy some text down. Then, they gave them a few lines from a short story, asking them to creatively continue it; writers brainstormed for a minute, and then spent two minutes writing down their thoughts. They first tested out novice writers, and then experienced writers. 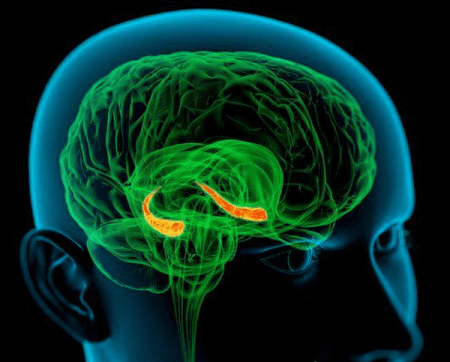 The first thing researchers noted was the increased activity in the vision-processing regions during the creative brainstorm. This probably means that writers were actually visualizing the scenes before they were writing them. But when they started to actually write, the visual activity went down, and other areas activated instead – the hippocampus was retrieving memories, analyzing which factual information it could use in the story. Also, one region near the front of the brain, known to be crucial for holding several pieces of information in mind at once, became active as well. Juggling with characters and idea probably puts a special emphasis on it.

But what happens when you put experienced writers in the same situation? Their brains exhibit quite a different behaviour in several aspects. During the creative process, their brains also highlighted the vision-processing areas, but they showed more activity in regions involved in speech.

“I think both groups are using different strategies,” Dr. Lotze said. It’s possible that the novices are watching their stories like a film inside their heads, while the writers are narrating it with an inner voice.

When they actually started writing, another interesting difference emerged. Expert writers showed increased activity in the caudate nucleus – an area that plays an essential role when it comes to a skill involving practice. When you are learning a new skill, like say riding a bycicle or playing a musical instrument, we use a lot of conscious effort trying to get the hang of it. But as we become more and more familiar, we consciously think less about it, and our brain just knows how to do it – that’s the caudate nucleusl. For example, in an experienced chess player, the caudate nucleus would be very, very active – but for someone who’s just learning the game, the area would remain quiet. The same thing happened to writers.

“I was really happy to see this,” said Ronald T. Kellogg, a psychologist who studies writing at Saint Louis University. “You don’t want to see this as an analog to what James Joyce was doing in Dublin. But to see that they were able to get clean results with this, I think that’s a major step right there.”

But the results, as interesting as they are, still don’t paint a clear picture. Researchers showed that writing is not fundamentally different from other creative activities, and they also highlighted some differences between regular people and experienced writers when it comes to writing – something which was more or less expected. However, more localized and specific studies are needed in order to understand exactly how creativity works in writing.

Steven Pinker, a Harvard psychologist, was skeptical that the experiments could provide a clear picture of creativity.

“It’s a messy comparison,” he said.

That’s not necessarily a minus on behalf of the study, but is rather owed to the complexity of the creative process.

“Creativity is a perversely difficult thing to study,” he said.