For most college students, caffeine fueled sessions are part of a routine. But what if there was a way to accelerate learning when needed? What if a real, scientific “thinking cap” were developed? According to a new study conducted by Vanderbilt psychologists, that may not be that far away. 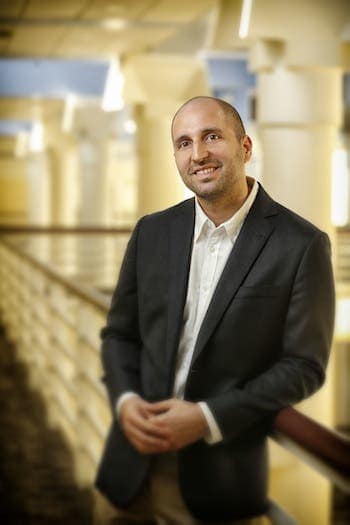 Robert Reinhart, a Ph.D. candidate, and Geoffrey Woodman, assistant professor of psychology at Vanderbilt University, show that it is possible to selectively manipulate our ability to learn through the application of a mild electrical current to the brain – this effect can be enhanced or depressed depending on the direction of the current. In other words, they can use the current to accelerate or slow down your learning; they tested it, and it works.

Whenever you make a mistake, your medial-frontal cortex is the part of your brain responsible for letting you know – it’s basically the “oops reflex”. Previous study have shown that this “oops signal” is basically an electric current in the brain, but so far, it’s not really clear exactly why and how this happens. Reinhart and Woodman liked the idea that this is happening because we learn from our mistakes, and they decided to test it.

“And that’s what we set out to test: What is the actual function of these brainwaves?” Reinhart said. “We wanted to reach into your brain and causally control your inner critic.”

So using a simple elastic band that secures 2 electrodes to volunteers’ head, researchers applied 20 minutes of transcranial direct current stimulation (tDCS) to each subject. In tDCS, a mild current is emitted from the anodal electrode, through the skin, muscle, bones, passes through your brain, and then goes to the cathode, to complete the circle. This may sound complicated and invasive, but it’s a really mild experience. 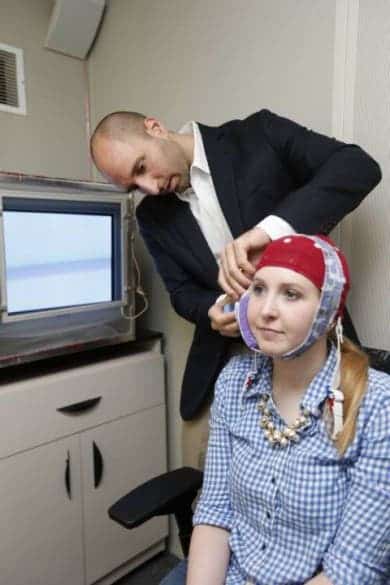 “It’s one of the safest ways to noninvasively stimulate the brain,” Reinhart said. The current is so gentle that subjects reported only a few seconds of tingling or itching at the beginning of each stimulation session.

The subjects were part of three sessions, and were randomly given either an anodal (current traveling from the electrode on the crown of the head to the one on the cheek), cathodal (current traveling from cheek to crown) or a placebo – a sham condition which merely replicated the physical tingling sensation under the electrodes without affecting the brain. The subjects had no way of distinguishing which of the three stages they were experimenting – and they weren’t aware of these conditions.

After 20 minutes of stimulation, they were given a task which involved figuring out by trial and error which buttons on a game controller corresponded to specific colors displayed on a monitor. The task was sometimes made harder by having some colors which they weren’t supposed to respond to. For even more difficulty, they had less than a second to respond correctly – the game became harder and harder until they started making more and more mistakes – which is what researchers were following.

When anodal current was applied, the spike was almost twice as large on average, and had significantly higher in a majority of the individuals tested (about in 3 out of 4). This was clearly reflected in the way they interacted with the task: they made fewer errors and learned from their mistakes more quickly than before the sham stimulus – they learned faster than normal. However, when the cathodal current was applied, the researchers observed the opposite result – the spike was significantly smaller, and the participants had a harder time learning from their mistakes.

“So when we up-regulate that process, we can make you more cautious, less error-prone, more adaptable to new or changing situations—which is pretty extraordinary,” Reinhart said.

For the participants, the results were not noticeable – the difference was a 4% (plus for the anode current, minus for the cathode current); this may not seem like much, but it is significant – a 4% improvement on a such a task can work wonders.

“This success rate is far better than that observed in studies of pharmaceuticals or other types of psychological therapy,” said Woodman.