A (Lucky) Iron Fish is helping Halve Anemia in Cambodia

This little iron fish may look like a two bit souvenir, but what it can do is far more spectacular, not to mention useful. When added in boiling water, the fish-shaped object leaches just enough iron to offer up to 75 percent of daily iron needs of a person. Tests so far have proven that this simple, yet innovative the solution helped halve the cases of iron-deficiency anemia in Cambodian communities.

This little iron fish may look like a two bit souvenir, but what it can do is far more spectacular, not to mention useful. When added in boiling water, the fish-shaped object leaches just enough iron to offer up to 75 percent of daily iron needs of a person. Tests so far have proven that this simple, yet innovative the solution helped halve the cases of iron-deficiency anemia in Cambodian communities. 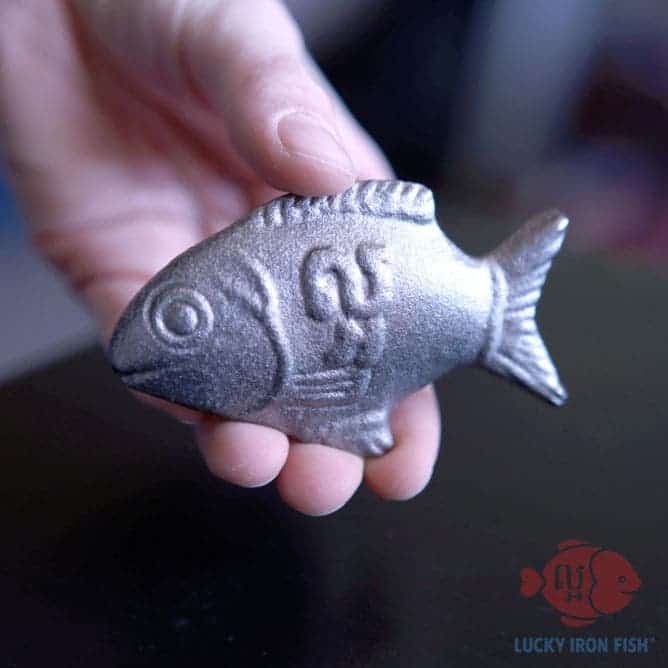 The “Lucky Iron Fish” was designed by  Christopher Charles, a medical student at McMaster University in Canada. It won the top prize for the  Grand Prix product design competition held at the  Cannes Lions International Festival of Creativity. Charles got the idea when he visited Cambodia in 2008 for an undergraduate project. There he learned how the locals’ diet consisting mostly of rice and fish leaves causes widespread anemia due to low iron intake. Iron is very important in maintaining many body functions, including the production of hemoglobin, the molecule in your blood that carries oxygen. Iron is also necessary to maintain healthy cells, skin, hair, and nails.

Charles wanted to find an effective, but cheap solution to this problem. Sure, iron supplements are an easy way to solve this problem, but distribution might be cumbersome in poor, rural Cambodian communities. Iron pills aren’t exactly cheap, either. Charles got the idea for his Lucky Iron Fish when he learned about how old and abused cooking ware leaches iron. Now, generally this is really bad when it happens. Pots, pans, and other tools used in cooking often do more than just hold the food. The material that they are made from can leach into the food that is being cooked, if these are low quality with poor enamel lining. Copper and lead are particularly dangerous since when ingested past a threshold can become poisonous. Nevertheless, the Charles made the connection: deliberately leach iron when cooking food.

Eventually, he found that simply placing a lump of iron in water is enough. Add the iron lump in one liter of water with a dash of citrus to help the iron absorption and leave it boil for 10 minutes. The water can be drunk or used for making soup. One Lucky Iron Fish can be used for up to five years by a family of five.

Initially, Charles made the lump rectangular shaped. The practical results are the same, no matter the shape, but the adoption level is not. Charles found people were using his rectangular iron lump as doorstops or paper weights. It was a disaster – they weren’t paying attention to what he was trying to do! He went back to the drawing board and returned with a rounded design to calm down stressed housewives who were afraid the rectangular lump would scratch and ruin their cookware. Next, he tried casting the iron under a lotus flower shape. Even though the lotus is a prevailing spiritual symbol in Cambodia it still didn’t catch on. He hit the jackpot though when he cast the iron as a fish. Fish + water mix well. More importantly, Cambodians hold the fish as a symbol of hope and good luck. It certainly worked very well there after. When 400 Lucky Fish were introduced to five communities, the compliance rate rose to a whooping 90%. Within a mere nine months, anemia cases dropped by 50%.

Moreover, the Lucky Fish can be made from scrap iron collected by the locals themselves, but can only be used after being screened for quality. In 2012, Lucky Iron Fish became incorporated. You can donate to help and receive your very own Lucky Fish in return.