There probably is no such thing as gluten intolerance, study shows

by Tibi Puiu
in Biology, Health & Medicine, News, Nutrition
Reading Time: 3 mins read
A A
Share on FacebookShare on TwitterSubmit to Reddit 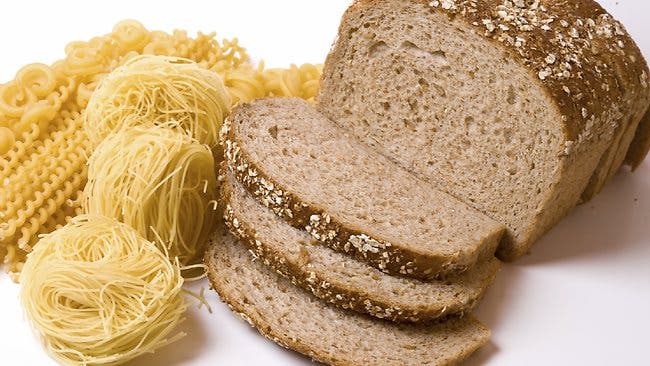 This is one of those science stories where it gives to show that even scientists can be biased and, most of all, that it’s only when you stand-up and become willing to contradict yourself that you come closer to the truth. Peter Gibson, a professor of gastroenterology at Monash University and director of the GI Unit at The Alfred Hospital in Melbourne, Australia, published in 2011 a paper that suggested gluten triggers gastrointestinal distress in patients without celiac disease, an autoimmune disorder unequivocally triggered by gluten. Since then, a whole frenzy around gluten-free diets has risen and, of course, a multi-billion dollar industry. Three years later, Gibson concludes that gluten isn’t the likely culprit, but a combination of psychological factors and other food stuff (preservatives, poorly absorbed carbo-hydrates, etc).

The gluten-free mania has grown to tremendous proportions in the past few years, with 30% of Americans stating they’d like to eat less-gluten. Consequently, sales of gluten-free products have soured to the point they’re expected to reach $15 billion by 2016 or 50% more than in 2013. Clearly, people care about their health. It’s unclear, however, that gluten is the culprit.

When Gibson and his team first reached their conclusions they were pretty strict about their experiments, performing them double-blinded, randomized, and placebo-controlled. Still, the research was unable to come up with tantalizing clues as to why the gluten was causing these observed physiological changes. This bugged Gibson, so he set out to perform an even stricter study, one where less variables are at play.

He recruited 37 subjects, all of whom self-professed having gluten sensitivity and who were confirmed to not have celiac’s disease. For two weeks they were fed a diet low in FODMAPs (poorly absorbed short-chain carbohydrates), then were given one of three diets for a week: 16 grams per day of added gluten (high-gluten), 2 grams of gluten and 14 grams of whey protein isolate (low-gluten), or 16 grams of whey protein isolate (placebo). Each subject shuffled through every single diet so that they could serve as their own controls, and none ever knew what specific diet he or she was eating.

Again, Gibson and team want to be really strict this time, so the researchers asked 22 of the original study participants to shuffle through the three different diets for three days each.

The researchers found that each treatment diet, whether it included gluten or not, prompted subjects to report a worsening of gastrointestinal symptoms to similar degrees. In other words, it was all in their heads! In their minds they were expecting not to feel good, so their body acted accordingly. Even in the second experiment, when the placebo diet was identical to the baseline diet, the subjects still reported pain, bloating, nausea, and gas when in fact nothing of the sorts should have happened. The finding led Gibson to the opposite conclusion of his 2011 research:

“In contrast to our first study… we could find absolutely no specific response to gluten.”

If this is the case why do so many people report feeling much better after changing to a gluten-free diet? Jessica Biesiekierski, a gastroenterologist at Monash University and lead author of the study alongside Gibson, noted that when participants consumed the baseline low-FODMAP diet, almost all reported that their symptoms improved!

“Reduction of FODMAPs in their diets uniformly reduced gastrointestinal symptoms and fatigue in the run-in period, after which they were minimally symptomatic.”

One of the most important sources of FODMAPs are bread products which are the first to be removed under a gluten-free diet. This means that coincidentally when people chose a particular diet for a particular reason (no-gluten), they were actually feeling the beneficial effects caused by some other reason (no-FODMAPs).