Girl that doesn’t age baffles scientists: a 16 year old is an infant

by Mihai Andrei
in Feature Post, Health & Medicine, Other
ADVERTISEMENT 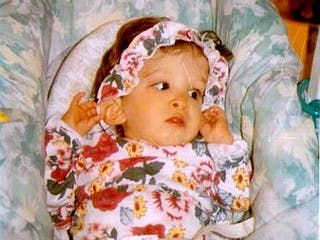 Physiologically speaking, Brooke Greenberg is an infant with the mind of toddler. Only thing is that she turned 16 just this Janary. It’s hard to estimate the parents opinion, especially as I wasn’t able to find almost any constructive data.

“Why doesn’t she age?” Howard Greenberg, 52, asked of his daughter. “Is she the fountain of youth?”

The same question (among many others) has been asked by scientists, but no answer has been found until now. What they do know is that according to their knowledge, her case is unique, and the same opinion is shared by her doctor, Johns Hopkins School of Medicine pediatrician Lawrence Pakula.

“Many of the best-known names in medicine, in their experience … had not seen anyone who matched up to Brooke,” Pakula said. “She is always a surprise.”

She is not aging, but it seems that her body is developing as independent parts out of sync. If you were to look at photos, she is unchanged, and there’s no indication that she would be in fact getting any older, and as far as everybody knows, if this continues on, she has no reason to die. She also has a sister, but she’s perfectly normal, so there aren’t any hints here to help solve this mystery.

Even geneticists are perplexed by her, and they haven’t been able to find out anything wrong (or terribly right) about her, so they just named her condition ‘syndrome X’. After all these years, the family seems to have given up hoping for answers and just takes things one day at a time, believing that she is a ‘miracle’, or an ‘angel’. It was a bit surprising to see such an amazing case (to say the least) covered so little. I have been able to find a few articles about this, but the media should be all over it, and some of the world’s top minds should be covering this, so why isn’t this happening? It’s not a hoax, because somebody did an article about this 4 years ago and the situation was unchanged, so perhaps a bit more interest should be taken in this, but without turning her into a lab rat. 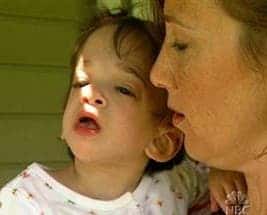