by Tibi Puiu
in Genetics, Health & Medicine, Studies
Reading Time: 4 mins read
A A
Share on FacebookShare on TwitterSubmit to Reddit

For a number of years now researchers have been studying the sirtuin gene and the proteins encoded in it as it is believed to be directly linked to prolonged lifespan. A myriad of individual studies were performed with mixed results, and so far hundreds of millions have been allocated for research in this direction. A certain company has actually leaped ahead and advertised cosmetic products on the market which allegedly stimulate an enhanced expression of the gene, despite the scientific community hasn’t generally concluded that sirtuin may lead to a prolonged life.

It all began when a link between the sirtuin gene in yeast and maximum lifespan was observed, and since then scientists all over the world have been paying very close attention to it. To try to see if it might impact human lifespan as well, scientists have almost universally direct their attention towards SIRT1, another member of the sirtuin gene family, which is expressed in mammals and most closely related to the yeast longevity gene. Biotech companies have invested a lot of money in sirtuin research, with many boosting impressive results. Most recently, however, scientists have begun to question its longevity link. With this in mind, a group of researchers demonstrated that sirtuin has no particular connection to enhanced lifespan fruit flies or nematodes, as previously reported on ZME Science. Moreover, absolutely no effect of SIRT1 on longevity in mammals has been reported as of yet, although it’s been associated with a healthier metabolism in mice fed a high-fat die, and thus longer life.

Looking elsewhere in the sirtuin family 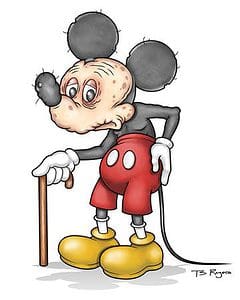 Another member of the sirtuin gene family, SIRT6, looks a lot more interesting, however. While all efforts are concentrated on SIRT1, molecular biologist Haim Cohen of Bar-Ilan University in Ramat-Gan, Israel chose to have a different look towards a much more obscure route. “People were mostly interested in SIRT1,” he says. “So I thought it might be better for us as a new lab to work on something that is less crowded.”

Cohen’s research and interest proved to pay off, eventually. A previous research from 2006 observed how mice lacking SIRT6 were sickly, small, and with a reduced ability of repairing damaged DNA – these mice died within a month. Cohen wanted to see what would happen if the opposite were to occur, and had a strain of mice express higher levels of SIRT6 than normal. What he found was that male mice median lifespan  rose by 14.5% in one line of their transgenic mice and 9.9% in another. When maximum life span is concerned, the metric rose by 15.8% in the first line of mice, and 13.1% in the second. Curiously enough, there weren’t any signaled differences in lifespan for female mice.

The missing genetic link to longevity? Not so fast…

“It’s a good bet that each of the sirtuins does something interesting,” says Richard Miller, who studies ageing at the University of Michigan in Ann Arbor. “But the case for whether any one of them is important to ageing and longevity in mammals is somewhat weak and circumstantial.”

Miller makes reference to the fact that the particular strain of mice used in the research is prone to a cancerous tumor, most evident in males. It’s possible that SIRT6 might have an anti-cancer effect. What about the clear difference between the female and male mice? Female mice were found to live in the strain were found live 15% more than male, prior to SIRT6 treatment. Cohen speculates that the male mice inflicted with the hyperactive gene caught up with the female mice, as SIRT6 is mimicking effects already seen in the females.

Also it’s important to note whether SIRT6 addresses any improvements in clear aging conditions, like cataract formation and declines in memory and mobility, even cell degradation. It might just improve the metabolism. The fact remains, however, that the study, still in its infancy, is of extreme interest, and prove to an extent that all this focus may not have been in vain after all. There other genes in the sirtuin family which haven’t been granted the necessary attention, and those as well might show some promising results.

“People are just beginning to come to grips with the fact that there are seven sirtuins and each may do different things,” says Miller. “The quicker people stop thinking in terms of ‘it’s either gold or tin’ and start addressing the nuances of sirtuin function, the better.”

The results were published in the journal Nature.