On Genetic Manipulation and the Government’s Role in Science

by Daniel Faris
in Genetics, Health & Medicine
Reading Time: 6 mins read
A A
Share on FacebookShare on TwitterSubmit to Reddit 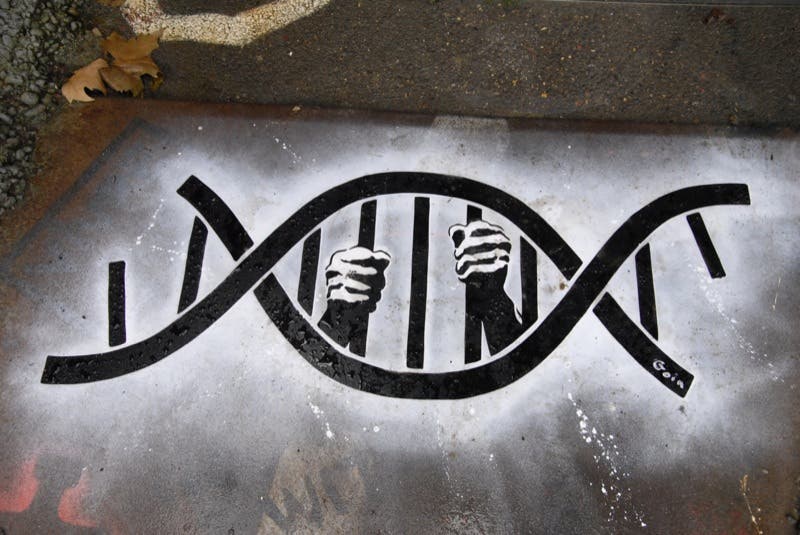 In an announcement that’s been a long time coming for science fiction fans, the White House has, for the first time, come out in support of a global moratorium on altering the human germline.

It’s a decision that has implications not just for this particular type of scientific inquiry, but also for the future of government involvement in science. With a number of scientific singularities marching ever closer, there are some fundamental questions that we need to start asking ourselves, and there’s never been a better time to do it.

The announcement comes after Chinese scientists announced that they had successfully modified the genetic code of human embryos. To be more precise, the researchers removed a mutated gene from the embryo using a process called CRISPR-Cas9. This is clearly a significant achievement, and one with far-reaching scientific potential. Even so, the news was tempered by warnings from fellow scientists and bioethicists from across the country about the possible ramifications of meddling with human DNA.

In answer, the White House voiced support for a temporary moratorium on the process.

A breakthrough like this has the potential to catch humanity totally off-guard. We’re still spinning our wheels in an attempt to reach a scientific consensus on the merits of genetically modified crops, for example, so the thought of altering a human being has understandably left more than a few people worried.

And why shouldn’t it? We’ve been watching the consequences of genetic engineering play out in science fiction stories for almost a hundred years already. From Brave New World to Star Trek, it’s clear that the issue is far from straightforward.

But let’s get back to this moratorium. It seems to be inspired by the fear of so-called “designer babies”—that is, the idea that we could alter the genetic code of a human embryo before birth, thereby tailoring our progeny according to our (probably superficial) desires.

The optimists, meanwhile, view this kind of manipulation as a way to proactively eliminate a number of heritable genetic disorders, but critics have always been quick to question whether the risks outweigh the potential benefits.

The White House’s Office of Science and Technology Policy added its voice to the growing chorus of concern; in a statement on their website, spokesman John P. Holdren confirmed the administration’s stance that “altering the human germline for clinical purposes is a line that should not be crossed at this time.”

Nevertheless, the office also acknowledged that biotechnology has played a significant role in moving the human race forward. Their statement continued:

The Role of Government in Science

I’m sure that this deliberate and measured approach will cause some to chafe at the characteristic slowness of the federal government, or bemoan another “government intrusion” into the lives and livelihoods of the American people. But for my part, I think this is the right move. Frankly, I’m pleased that the government is showing some initiative here and is aggressively getting ahead of the issue. It’s a rare day when any branch of the government takes action that’s both proactive and in line with common sense. Usually we can count on just one of these at a time.

In a thoughtfully worded but ultimately flawed article for the CATO institute, Terence Kealey argued in 1997 that the government should be taken out of the equation entirely. He calls upon tech industry magnates such as David Packard, John D. Rockefeller, and Howard Hughes, all of whom left significant fortunes to research foundations. His argument centers on the idea that, so long as private industry is enthusiastically and generously funding scientific research, we don’t need the government to contribute to the efforts.

To that I say only this: shouldn’t we be throwing as much money as we can at the cause of technological progress? I, for one, am dismayed every time Congress cuts NASA’s funding, say, or passes yet another piece of legislation that denies either the legitimacy, or the power, of science.

Science is not a partisan issue, nor even a political one; it’s a human issue that benefits each of us in discrete and priceless ways.

Still, I’ll gladly admit that the private sector is doing some amazing things in the name of progress, often without a flow of money from federal sources. Elon Musk’s SpaceX and Tesla Motors are making great strides in space exploration and the automotive industry, and are sharing their innovations with the world by making their patents freely available to all. Meanwhile, Google is hastening the coming autonomous car revolution and even the long-stagnant home energy industry is making strides toward a bold and sustainable future, with companies from coast to coast bringing cleaner technologies like biodiesel and ethanol and solar to a wider audience than ever before.

But let’s get hypothetical. Where will this push for technological and scientific progress really take us? The answer may be found, albeit in its infancy, in Amsterdam. It’s long been understood that 3-D printing could represent the boldest step yet into an uncertain future: it has applications in medicine, manufacturing, agriculture, and a variety of other industries. And now a Netherlands-based company is putting together what might be one of the most important proofs of concept we’ve seen yet: a 3-D printed bridge built by autonomous “robot arms.”

This is significant for a number of reasons. First and foremost, it represents a very modern fear: the further loss of jobs to automation. The call for a universal basic income in certain parts of the world seem to herald this very future: it represents a way to keep Americans financially intact even as the march of technology robs us of more and more decent-paying jobs.

This future will not be hypothetical for much longer; in the not-too-distant future, emerging technologies will eliminate just about every kind of physical job, and even some of the creative ones, too. What this means is that the world’s governments will not simply oversee or regulate science and technology, but in fact ensure that progress does not, paradoxically, prove to be the undoing of millions of American families. Coming technologies will vastly outpace our already fertile imaginations, and will fundamentally change life in this country and beyond. It will challenge the very idea of government in ways that no war, nor any other external force, ever has. It will force the State to become the first and last line of defense for when our reach finally exceeds our grasp: a role that no profit-based entity can (or should) be allowed to occupy.

We truly are living in unprecedented times, where not a week goes by where there’s not at least a whisper of some new technological or scientific breakthrough on the horizon. And just as a central government allows us access to shared benefits such as roads and national parks, so too can it ensure that each of us shares ownership in the fruits of our scientific labors, as it was always meant to be.