This week, the Obama administration has announced plans to pursue a 10-year, $3 billion research effort aimed at mapping the human brain in “its entirety”. The project, called the Brain Activity Map, is designed to help scientists better understand how the ~100 billion neurons interact in our brains. Initially, the announcement was met with applause, as  the study could prove extremely useful in fighting diseases such as Parkinson’s and Alzheimer’s and stimulate employment in the sciences. But as the dust settles in, some sticky questions are starting to pop up. 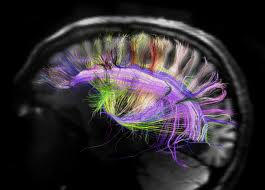 In terms of science funding, the Obama administration has been quite frugal and hesitant to commit to projects of this size. Brain research especially is not cheap, and some even question if we have the right technology to study it at the moment – given how nanotech is still in its early years.

It’s pretty safe to say that odds are artificial intelligence will have the most to gain following this research. Understanding how our brain works means we will be more able to create others in our image, and in a raport released by Obama’s cabinet, this initiative is expected to actually boost the economy, providing a $800 billion return for a $3 billion investment – much like the Human Genome Project did.

But there are more striking differences from the HGP. For starters, the mapping of the Human Genome had a clear (albeit misleaded) idea behind it: knowledge of the human genome would allow us to map human beings based on their distinct genetic codes. This project, the mapping of the brain – we’re so far from understanding the implications of such a map that the goals are just vague. But the biggest difference is probably the most worrying one.

A big part of the funding and research activities will be provided by DARPA: the Defense Advanced Research Projects Agency, a government organization responsible for the development of new and innovative military technologies, including drones. Now, the military had absolutely no involvement in the HGP, which makes a lot of sense. This involvement alone is enough to raise many question marks. Also, the American government was quite silent about the implications of this involvement The inclusion of money for DARPA clearly suggests the interest in military applications of this research, be it for AI drones or something else.